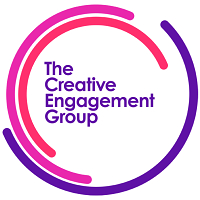 Our client wanted to educate and entertain their employees, to help them better understand the process of developing a new medicine. They didn’t want traditional e-learning, but needed it to be bite sized to fit in with busy schedules, as well as being entertaining, informative and interactive.

We worked with them to create a 10 episode series of 3- to 5-minute films, which explored each stage of the process, from identifying a protein which might be allowing a disease to progress, to pre-clinical research, clinical trials and the marketing of a new drug. It was hosted on a Netflix-style microsite to make it feel truly ‘binge-worthy’ and to host additional content so that employees could delve deeper if they wanted to.

The films were a mixture of animation, pieces to camera with our actor ‘hosts,’ green screen filming and some location filming, including some scenes on a zip-wire to demonstrate that if you’re trying something new, you need to do it safely!

To make the films interactive, we introduced a ‘go/no go’ moment into each film, where viewers had to decide what they would do next in our fictional scenario, as a new therapy was being developed. After selecting an option, they would be given feedback on their choice to enhance their learning.

Creatively, we were inspired by shows like celebrity chef Alton Brown’s Good Eats, in which he looks at the science behind food in a fun and engaging way. From our crime-thriller themed second episode, to our hosts balancing on a seesaw, or posing on the red carpet at the launch of the drug, we wanted to take a fun and engaging approach to the topic. However, this was always combined with the information viewers needed on the regulations, checks and rigour needed to bring a drug to market.

When filming in the studio, we used a number of props and sets to anchor our animated visual elements to the space. A chalkboard, a window frame, or a car windshield were used to give the host somewhere to direct their gaze, which could then be animated in post-production. We also built a circular set made up of concentric circles and backed by a green screen to imitate the inside of a microscope lens. We could then have our host standing on the set and drop in any footage or animation as required. We also used a probe lens to push inside a microscope eyepiece, so that we could truly take the viewer on that molecular journey.

We wanted to extend the sense of fun and engagement to the way we encouraged people to watch these films. Our team sent out popcorn and snacks to teams to mark the launch of the first and final season and created a real sense of anticipation about the launch.