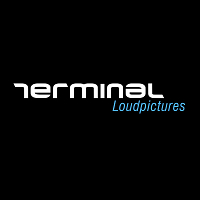 “A message to myself in ten years time“.
This is the concept behind the launch of Hyundai IONIQ 5 social media campaign.
Hyundai IONIQ 5 video presentation – starring Matilde Gioli, directed by William9

We don’t have to wait ten years to have a 100% electric and innovative car.

The first video of six we made for the campaign is online since Friday, November 19 on Matilde Gioli‘s Instagram profile.
The other videos, which are coming out next week, will show all the new car’s innovations.

William9, the director, captures the nowness and empathy of Matilde. The film conveys dynamism and innovation, exactly like the new IONIQ 5.

The 50” video presentations and social media pills – which explain the car’s main features – has been shot in a wonderful studio in Appia Antica Block, Rome, while driving sequences has been shot in CityLife Block, Milan.

Matilde Gioli is well known for her role in the episode “Il ruggito della leonessa” of Gomorrah famous international TV series and for her role in DOC – Nelle tue mani as the protagonist’s main assistant. Matilde made her debut in Il capitale umano, directed by Paolo Virzì, nominated best film and best script on David di Donatello and Nastri d’Argento Award.

Terminal Loudpictures has been a Contributor since 18th September 2018.