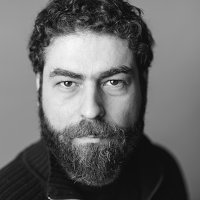 This is the first awareness campaign made on public libraries in Romania, funded by The Bill & Melinda Gates Foundation through the Biblionet program.

In Romania there are approximately 3,000 public libraries that have suffered from a severe lack of interest in the past 20 years. With no coherent public strategy after 1989, public libraries became dusty, almost deserted places. The Biblionet program implied training of the librarians for new services and providing computers with internet access to more than 2,000 libraries in Romania.
At the beginning of 2012 more than 1500 libraries in each Romanian county were already refurbished, had trained librarians, computers and free internet access. Public libraries had changed, with new services and modern resources in place. But people didn't know about it.

The sudden access to information changed people’s lives and gave birth to stories. Stories of brother finding brother, of parents finding their lost children, of anxious, excited grand parents learning to type an email for their long-distance nephews, of hidden researchers or genuine prodigies. Stories of people driven by the need to always know more, in spite of their condition. Beautiful, emotional, real life stories. So, we decided to embark on a journey of discovery and share those stories with the world. An itinerary road-trip with authentic storytellers who would document how people change their life when they access information and connect to the world.
At the end, we had 50 stories collected and written by the Wanderers. Each of them proved to be a meaningful story of the small, unknown yet universal victories of people changing their life and destiny. We decided to gather them in one book, which we launched in electronic and print format.

In the end, with a very limited media budget, we managed to reach an estimated 13 million people. The campaign was created by GMP PR and TheCell.