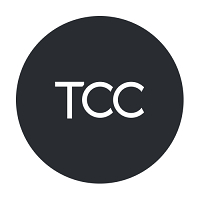 In a nutshell:
To help launch the Samsung Galaxy Note10 series, in August 2019, we hosted Hollywood superstars, Mackinnon & Saunders, to show off the devices’ ‘camera for creators’ and editing software.

We invited anyone and everyone who had ever picked up their phone and fancied themselves as a director to two O2 shops. A team of experts helped them create their own, bespoke stop-motion movies…starring themselves! We turned in-store activities into works of art.

The movies featured models of themselves in exact replicas of the exact O2 shop they were in. All shot and edited on the Samsung Galaxy Note10.

The challenge and our strategy:
We were asked to support the launch of Samsung’s new Galaxy Note10, Note10+ and Note10+ 5G. O2 wanted to generate awareness of the launch, drive more customers into shops and get them trying out the new devices.

We knew that to create cut-through with O2 customers, our main activation had to be burn-on-their-brain memorable and give them something to get truly excited about as part of a uniquely interactive experience.

We decided that the best way to do that was to leverage the devices’ stand-out features: the ‘camera for creators’ and editing software.

Our activation would get O2 customers hands-on with the devices, proving to them demonstrably that, if they wanted a device to shoot video, this was it.

We were acutely aware that we had to give them something that they’d want to share online, giving the campaign extended reach.

To supplement the in-store activation, we also wanted to produce pre-awareness material, to bring the launch top-of-mind for our target audience ahead of the big day.

Our execution:
We all know the feeling of whipping out your smartphone and thinking you’re Tarantino. Well, thanks to the Samsung Galaxy Note10 series and TCC, that dream is one step closer to reality.

To highlight the Samsung Galaxy Note10’s video-making capabilities, its powerful multi-camera system, super-fast processor and editing software, we gave consumers the chance to create their own, bespoke stop-motion movies with Hollywood superstars, Mackinnon & Saunders. Having worked with everyone from Tim Burton to Postman Pat, their Claymation pedigree was second to none.

With a team of 10 expert model makers and another star-studded crew of designers, they created exquisite miniature replicas of the O2 shops. Each customer’s facial features were crafted perfectly in front of their eyes, before the team helped them create their own animation with the Samsung Galaxy Note10, starring themselves! The level of customisation made the result instantly shareable.

To complement our crash course tutorial in stop-motion animation, we set up an interactive photo opportunity for two weeks following the launch. It turned the speed of the devices’ processor into a visual metaphor. Customers could step into our treated static props and use the Note10’s S-Pen to snap a shot of themselves ‘on the move’ and take a speedy printout with them.

We even let customers personalise a bar of Samsung Galaxy Note10-shaped chocolate, with advanced laser-cutting technology to seal the deal.

To generate awareness ahead of launch, we created interactive leaflets. Customers could slide their hand into the slot and try the Samsung Galaxy Note10 for size before launch. Similarly, social posts showcasing life-size imagery of the devices via a Facebook carousel gave customers the chance to envisage the device before they could try it out for themselves. Users could then click through to get directions to their nearest O2 shop.

Effectiveness/ROI:
Any activation needed to be compelling enough to generate awareness and drive footfall.

Once in store, customers had to be encouraged to take part in device demonstrations to convert sales. The activity would be judged primarily on engagement across the six flagship O2 shops.

Our digital presence reached 1,762,792 users, generating a ground swell of awareness ahead of the launch weekend. The content achieved 748 unique clicks on the directional call to action through to the O2 Store Locator page. This translated into up to 90% increased footfall in our activity stores compared to control stores.

The Samsung Galaxy Note10 series sold 36 units on launch weekend and 145 units in total across our six flagship activity stores, as a result of our activity, versus 97 pre-orders of the devices’ predecessors the year prior.

Hollywood duo, Mackinnon & Saunders created 36 completely bespoke mini movies that were shared all over social. And we gave away 112 personalised chocolate bars in the shape of the device. Whoever could resist eating them first, shared their bars on social too!

“We trust TCC to bring all of our flagship product launches to life in O2 and their work continued a trend of amazing activations in retail. This was amazing and the detail was awesome.” – Alex Palmer, Samsung

“This activity completely exceeded all of our expectations. We couldn’t be more pleased with the creative. It was incredible and the smiles on the customers faces spoke 1000 words.” – Nic Banks, O2

Back to TCC - Samsung Galaxy Note10 - Calling All Creators project