Get To Grips With Rapha’s New Pro Team Footwear Campaign

British sportswear and lifestyle brand, Rapha, have unveiled ‘Comfort In The Chaos’, the new campaign featuring their innovative cycling shoes specifically for racing. Created in collaboration with fabric experts, carbon manufacturers and professional cyclists, the footwear utilises Powerweave, an entirely new, complex fabric devised of precisely engineered yarns and weave. The brand assures comfort, power and performance from their new technology and have tested the shoes for over two years in all climates and conditions. 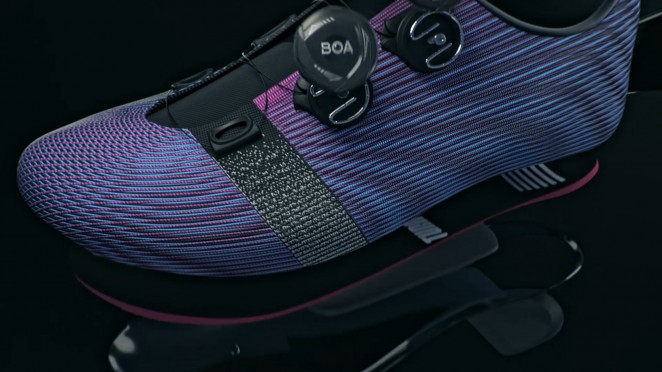 The 60second accompanying campaign was directed by Oliver Duggan through Knucklehead, with CG fabric imitation and full post-production a collaboration between Big Buoy and Smoke & Mirrors. Big Chop Head of Editing, Matthew Felstead, comments on the importance of collaboration, “Both Oliver and Knucklehead got me involved at an early stage to help put a visual storyboard together from historical Rapha films and other cycle brand films, so we could understand the challenges of making the camera travel through different parts of the shoe and how each different section would look and feel. Oliver had a very specific vision for the film from the very beginning, so the challenge for me was ensuring he was getting the energy and pace he had envisioned.”

“We were tasked with creating something that could work as an abstract piece, but also something that was instantly recognisable as the Rapha brand”, muses Kristaan Cain, CG VFX Supervisor at Smoke & Mirrors. “The pattern on the shoe in question is actually quite a complex pattern of threads. We initially made a scan of the shoe for proportions, then created an accurate model and texture of it in CG. The quality was essential for all the other stages we'd eventually build on top. We also made a geometric version of the thread pattern, so that we could animate a 'building effect' from various camera angles.” 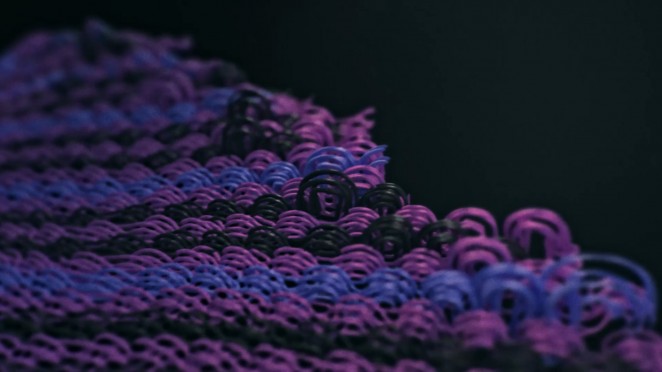 Michalis Anthis, Sound Engineer at Big Kahuna, discusses the inclusion of music composition within the ad. “Sound design was initially the solo driving force that helped separate (and then unite) the three stories sonically. But after a few sessions, the addition of music entered the discussion. A great opportunity arose to compose my own piece for the film, however the challenge lay in creating something that would set the mood and have character, whilst taking a less dominant place in the mix. The piece constantly builds up with layers of various textures and music drones and resolves to a minimal and natural soundscape expressing the focus and determination of the cyclist.” 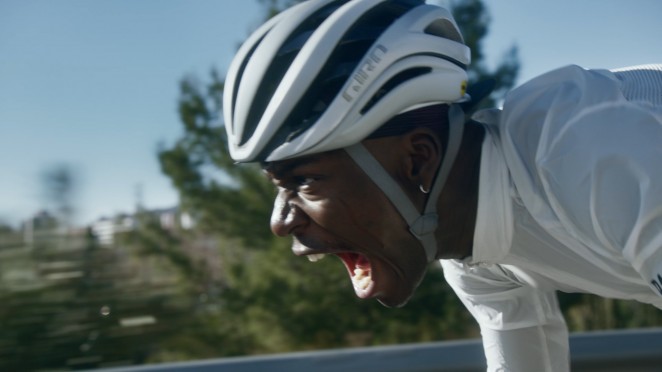 “Foley recording also plays a big part in the film”, Michalis continues, “we enjoyed playing with surrealism and had loads of fun recording a variety of textures, equipment and shoes, layering and processing them all together to create new non-diegetic sounds.”

“As with the previous Rapha film”, Matthew concludes, “being able to collaborate so closely with the wider team enabled us to seamlessly complete a gripping new campaign.”