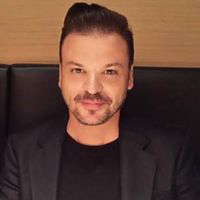 Pionir is one of the leading producers of confectionary products in South Europe with 100 years of tradition. Even though confectionary production began in the twenties and thirties of the last century, “Menthol” and “Negro” candies are still present in Pionir's range, along with the “Galeb” chocolate which Pionir started producing in the thirties. Between 1979 and 1982 Pionir’s iconic brands “Medeno srce” and “Slatko srce” were introduced.

The company was founded by the Ruff brothers in the 1917 in Subotica, an industrial city at the north of Serbia. First batches of sweets and candies made at small workshop laid the foundation not only for the company, but also for the regional confectionery industry as a whole. Beginning in this humble manner, the company went through the process of nationalization, and in 1946 first appeared under the brand name Pionir.

Today, Pionir is a modern factory with state-of-the-art equipment capable of delivering a wide assortment of over 200 products to the domestic as well as export customers at a rate of 32.000 tons annually.

For over a century, Pionir from Subotica produces chocolates, candies, toffees and biscuits. Now, a new product “Pionir Keks” is being added to the biscuits line, for which we proudly created this TV commercial. A new icon to be.

Vladimir Suvodolac has been a Contributor since 5th May 2021.