“Crowdsourcing is a great new way to get fresh perspectives on your creative challenges. Working with CreativePool gave us access to a range of concepts that we hadn’t thought of before. Why get one creative idea, when you can get dozens?” 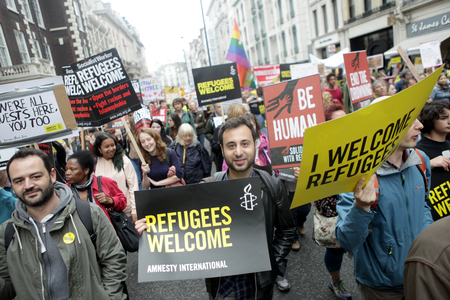 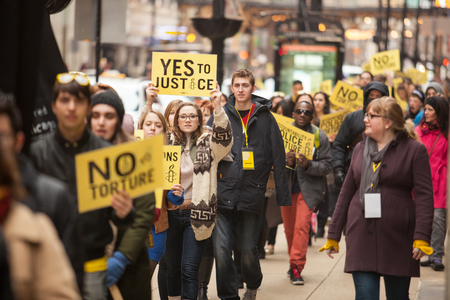 Amnesty International is a global movement of more than 7 million people who take injustice personally. Independent of any political ideology, economic interest or religion, their main aim is to create a world where human rights are enjoyed by all.

Human rights are the fundamental rights and freedoms that belong to every single one of us. They are:

- Universal: they belong to all of us, to everybody in the world

- Inalienable: they cannot be taken away from us

- Indivisible and interdependent: governments should not be able to pick and choose which are respected

For more information head to amnesty.org

“Never again” has become meaningless as states fail to react to mass atrocities and as more and more politicians calling themselves “anti-establishment” wield a toxic agenda that scapegoats and dehumanises entire groups of people.

The rhetoric and the policies that victimise vulnerable groups like refugees of politicians such as Donald Trump, Rodrigo Duterte, Narendra Modi, Recep Tayyip Erdogan, Marine Le Pen and others, have gone mainstream - they are dominating the public agenda and being picked up by other politicians. This poses significant challenges for human rights. This has manifested itself through demonization of racial and religious minorities, women, refugees, and an open hostility to basic human rights norms. “Us vs Them” is back with a vengeance.

“Today’s politics of demonization shamelessly peddles a dangerous idea that some people are less human than others.” - Salil Shetty, Secretary General, Amnesty International

The causes behind the rise of this politics have been identified by Amnesty International as some or all of the following:

- Bigotry presenting itself in a more acceptable and tactical manner with regard to their beliefs and how they feel the need to pick on groups and scapegoat them as to blame for everyone else's problems.

- An uphill struggle for progressives and human rights supporters to present a vision of the future that is relevant and attractive to the majority of people.

- People feeling uprooted by globalisation and technological/cultural changes in their societies. 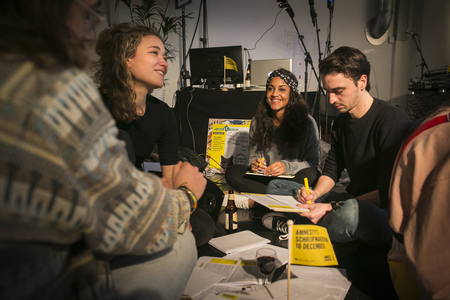 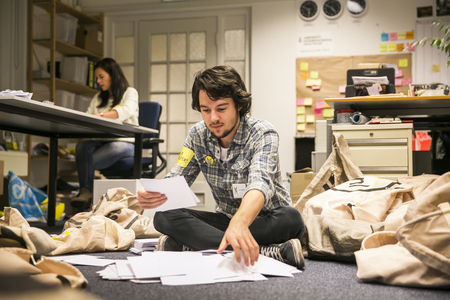 Submit your creative solutions to help Amnesty International tackle the recent rise in demonising politics to create an environment where policies pursuing freedom, justice and equality can flourish.

We are looking for ideas (2 pages PDF or similar) that provide practical applications of the call for action that was the result of last year’s Annual Report.

“Amnesty International is calling on people around the world to resist cynical efforts to roll back long-established human rights in exchange for the distant promise of prosperity and security.”

The usual techniques aren’t enough to take on the threat of the world where leaders don’t respect Human Rights and activists. We need something to change the game and challenge the resulting tolerance of abuse.

Think about how you can use your discipline or expertise to exact real change, inspire real action, and tackle this worrying trend.

This trend isn’t obvious to everyone. Bring the message down to earth and spotlight why economic inequality, normalised bigotry, ceased progression and anti-globalisation are so damning to the human rights cause, increasing awareness and driving real action.

Pushing back on these trends (for example by exposing abuses) tends to reinforce the negative views. We need to articulate a positive alternative that implicitly rejects those ideas without defining itself in opposition to them.  We want to make people stop and rethink their assumptions

For Amnesty International real action comes in many forms and your ideas should encourage these actions:

Letter Writing - This is one of the most effective ways of challenging this trend. Digital action is just as effective as paper to pen so encourage emails to be sent and think about shareable ideas for the social media age that spread the message beyond that one touch point.

Inspiring Protest - Another action those demonising politicians will find it hard to ignore. We’re looking for real innovations in this space, placards outside Embassies aren’t quite cutting it because they don’t garner any attention. The action can also be digital, since a lot of our audience are online and don't have time to take part in physical protests.
Impactful protest: Amnesty International puts 200 body bags on Brighton beach in EU migrant disaster protest

Becoming a supporter of Amnesty International - A supporter is defined as someone who Amnesty International has the contact details for and, crucially, can contact again. This can be as simple as signing up to their newsletters, to making a monthly donation, to opting to receive regular "urgent actions" of people who need support, to volunteering their time to write letters to victimes, to taking part in activism.

This is one trend we don’t want popping up again in 30 years. Think about how far we’ve come in terms of human rights and how  far we could go if only this trend wasn’t putting barriers of bigotry and ignorance in the way of progress.

This section is meant to inform and guide your ideas and pitches. Think of these considerations as the tools in a box which we welcome you think outside of. After 56 years, Amnesty International have an insight into what works to inspire an impactful and change-driving campaign but don't let those insights restrict you!

Amnesty International know that TWO things are needed for a successful campaign:

Real identifiable people who you might be friends with or see down the pub or be distant cousins with or watch for hours on YouTube. Content or executions that bare this in mind are more likely to evoke a genuine emotional response that inspires action.

Encourage people to question and people rethink their leadership by making politicians seem out of touch.

- The best campaigns are those that tell a human story to send their message home.

- Avoid focussing on dry legalities or a conspiracy of global elites, instead, focus national or local values that are important to people.

- The more human and emotion evoking your story, the better.

- Ordinary people coming together to send a message and inspiring others to do the same is the most effective form of storytelling content for Amnesty International.

- This is a brief for the International Secretariat so we are looking for ideas that can be implemented globally...

- OR locally but with the potential to be implemented in various localities.

- Microtargeting. Ideas that refine the message according to personalities.

- OR longer programmes of activity.

- The problem is large so solutions need to be ambitious.

- We welcome ideas that direct research to better support and drive the message home.

See assets to guide your work and a downloadable Brief Submission Form (not mandatory for submissions). 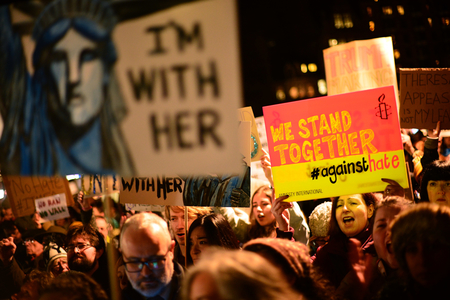 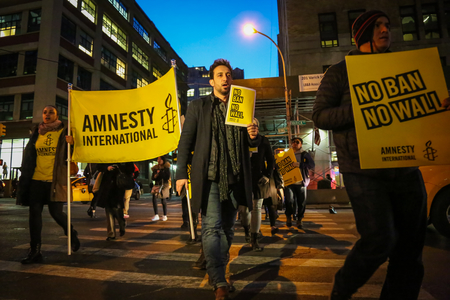 Winners will be chosen by Amnesty International and Creativepool representatives based on feasibility, originality and innovation.

The five most viable, original and innovative ideas will be rewarded £200.00 in cash or donation to Amnesty International in your name.

You will have the opportunity to have your concept developed and realised by or with the Amnesty International team, helping to tackle this important issue of demonising politics and change the world.

1. Click the "Submit" button at the bottom of the page and make sure you have read and understood the Rules of Submission.

2. Upload your Concept/Idea to your Creativepool profile.

Up to two sides of an A4 PDF page is advisable, or you can download a Brief Submission Form from the Asset Pack.

Submissions are to be kept confidential.

4. Select the work you wish to submit

This project has now closed. 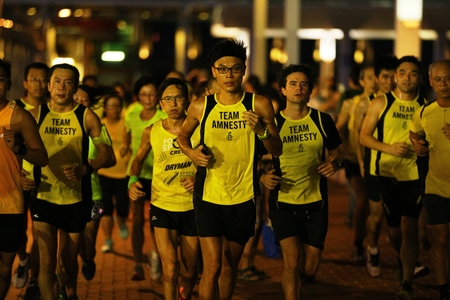 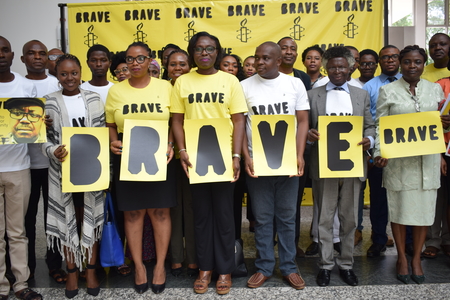 Let's do this. Let's change the world.