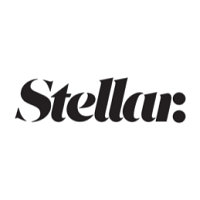 Every October, two weeks before Remembrance Sunday, The Royal British Legion launches the Poppy Appeal. Driving awareness of their support for service men and women, veterans and their families by wearing the iconic poppy pin, the Appeal is one of the highest profile UK charity events.

Previous launch events were held for the press in London. 2017 called for something very different. Something that would bring awareness of the poppy to new generations, within an evolving media landscape. And support the brand strategy of repositioning the poppy as a symbol of hope for a truly integrated campaign.

The Legion’s TV spot retold the poem “In Flanders Fields” in a modern setting to show that veterans and those currently serving are all around us. So our idea was to build individual lines of the poem in letters a metre high, place them in seven iconic locations around the country and film them for online and broadcast content.

Tight timelines and budgets meant the execution was slightly more complicated. 521 metres of installations, 7 locations, 40,000 fragile poppies and drone filming in adverse weather conditions meant we had one chance to get it right.

What was briefed as an installation was delivered as an utterly beautiful piece of content that worked across all channels, supplied in a way that the large national broadcasters could adapt to suit and which smaller media organisations could use straight away.