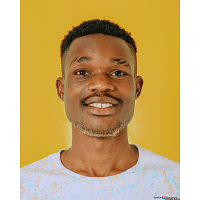 The majority of Kenya's post-election violence took place in January and February, 2008. The fighting resulted in 1,133 casualties, at least 350,000 internally displaced persons (IDPs), approximately 2,000 refugees, significant, but unknown, numbers of sexual violence victims, and the destruction of 117,216 private properties and 491 government-owned properties including offices, vehicles, health centers and schools.

Initially, the violence was spontaneous and a reaction to the perceived rigging of the elections by the government. In areas like the Rift Valley and the Coast, members of the Kikuyu and Kisii communities (perceived to be associated with the PNU party and with President Kibaki) were targeted. In Nyanza and Western Kenya, the violence was mostly directed towards government facilities and gradually took the form of looting and destruction, and while it also targeted Kikuyus and Kisiis, the intention appeared to be not to kill them but rather to expel them and destroy their properties.

Add yourself to this project
Project featured: on 14th October 2021