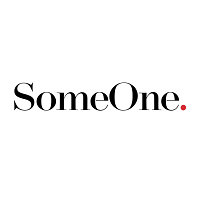 The Prince’s Trust starts something new…

The Prince’s Trust is a charity in the United Kingdom founded in 1976 by HRH, The Prince of Wales helping 11 to 30 year olds who are unemployed or struggling at school to get their lives on track.

Many are in or leaving care, have been in trouble with the law, or they are facing challenges such as homelessness or mental health issues.

The Prince’s Trust turned to SomeOne to develop a new written and visual strategy to grow, both in terms of supporting young people, and in generating more funds and volunteers to support this growth.

The Prince’s Trust runs a range of training programmes, providing practical and financial support to build young people’s confidence and motivation. Each year they work with about 60,000 young people; with three in four moving on to employment, education, volunteering or training.

The Trust is one of the most successful funding organisations in the UK and the UK’s leading youth charity, having helped over 950,000 young people turn their lives around, created 125,000 entrepreneurs and given business support to 395,000 people in the UK.

—
Everything we have done in the creation of the new visual, verbal and strategic branding has been informed by the core audiences of The Prince’s Trust.

We used qualitative and quantitative research to test concepts and creative routes with young people and the general public.

We interviewed young people before, during and after The Trust’s programmes, and sought the views from Young Ambassadors and Youth Panels.

We have been guided by supporters, from corporate and public sector partners to individual philanthropists, as well as volunteers, mentors and trustees. We involved colleagues, from all functions and regions in focus groups, panels and polls.

We learnt a lot.

Over 4,500 people were consulted throughout the project.

The Prince’s Trust emblem is the heraldic badge of HRH, The Prince of Wales, consisting of three white ostrich feathers behind a gold coronet. The fine line treatment used in The Trust’s version is well established and served as a basis for the new visual BrandWorld we created.

This is a brand that is truly life-changing for young-people. A place where young people are coached and mentored to help themselves, and supports those with complex needs — right through to those just needing a ‘nudge’ in the right direction.

A brand of action. A brand of positivity. A brand trusted to deliver. We set out to build from the core symbol as research showed that this iconic mark resonated well with all audiences.

An entirely new strategy was developed by SomeOne to move The Trust on. Both a call to action and an embodiment of what it was set up to do in the first place.

The Prince’s Trust is one of the most successful funding organisations in the UK and the UK’s leading youth charity, having helped almost a million young people turn their lives around by starting something positive.

This idea of ‘Start Something’ forms the basis of the new work.

Start building confidence
Start a course
Start a new job
Start their own business
Supporters will always be Starting Something to the benefit of young people.

Almost a million young people have been helped by The Prince's Trust.

Working with The Prince’s Trust has been a chance to connect a generation with a movement that works tirelessly to enable young people to live, learn and earn. The new work not only strategically pinpoints reasons to get involved, it develops a visual language that can work beyond badging across all channels.

The new strategy is amplified visually via a new custom chevron device. It is a Chevron unique to The Trust, taking its cues from the logo. Wherever possible it points forwards or upwards!

The Trust is a modern, multi-faceted organisation that is many things to many people. We had to find a succinct way to describe the core offers of the brand.

Confidence, Courses, Careers is the new way we have chosen to inform audiences, particularly young people, of the support they can expect to get at The Trust.

A young person can select one or move through all three stages at The Trust. From building the confidence to start something new, to learning new skills and ultimately creating or starting new careers.

Add yourself to this project
Annual 2020 BronzePrince's Trust — Start something newGraphic Pro member: