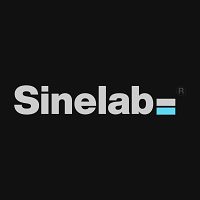 Team GB 50 Pence Coin
Since the first modern Games in 1896, where British athletes secured seven medals, men and women from Britain have set their sights on gold in the greatest sporting competition in the world.
Team GB continue to push boundaries and, for the first time, the team isTeam GB’s participation in the 2020 Tokyo Olympic Games is marked with a 50p coin designed by Royal Mint designer David Knapton.

Mayflower - £2
When 102 passengers sailed on the Mayflower from Plymouth, England, on 16 September 1620, their sights were set on a fresh start. They landed in Plymouth Bay over three months later and by spring, just under half of those who had landed in the New World had survived. The original ‘Thanksgiving’ feast was held that autumn, after their first successful harvest, and the spirit of the Mayflower pilgrims endures in this national celebration to this day.
The epic story of the journey of the Mayflower is told through a £2 coin design by US designer Chris Costello.

George III - £5 Coin
In the 200th year since his death, we celebrate his reign and legacy. The £5 coin design is by Royal Mint designer Dominique Evans and reflects the many aspects of George III’s life and interests. George III came to the throne in 1760, the first Hanoverian monarch to be born in Britain and speak English as a first language.
Controversially, he is often known for the mental illness that plagued his latter years and as the king who lost the American colonies, but there was much more to this thoughtful and dedicated monarch.

In 2020, we remember the first hopeful steps towards lasting peace. The story of VE Day, a key moment in the lives of millions of people, is told through a £2 coin design by Royal Mint designer Dominique Evans.

Agatha Christie - £2
As the author of 66 detective novels and 150 short stories, it’s no wonder Dame Agatha Christie is known as the Queen of Crime. Born in 1890, in Torquay, Devon, her first novel, The Mysterious Affair at Styles, was published in 1920 and, with her vision and ingenuity, she went on to define the murder mystery genre. David Lawrence has created a puzzle within the £2 coin design that celebrates the 100th Anniversary of Agatha Christie’s murder mysteries.

Sinelab has been a Contributor since 25th November 2015.