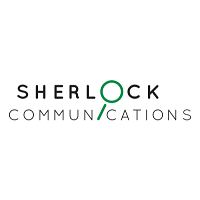 Getty Images is the largest and most prominent photo agency in the world. Founded in 1995, it is a key source of imagery for global media outlets ranging from the New York Times to the BBC. Yet while Getty Images is globally recognised for its photojournalism, it also targets creative professionals such as graphic designers, advertising agencies, and communications companies with a variety of marketing services, solutions, and insights.

Targeting four specific Latin American countries – Argentina, Brazil, Colombia, and Mexico – Getty Images approached Sherlock Communications in March of 2019 with a two-pronged brief. First, it wanted to increase brand awareness and strengthen its reputation as an industry expert among marketing, advertising and creative professionals. Secondly, it wanted to bring wider awareness to the Hulton Archive, a bank of 80 million historic images and editorial shots dating back to the 19th Century. At the beginning of 2020, after seeing the results of the campaign for the Hulton Archive, the company also requested we switch our focus to iStock, Getty Images’ extensive bank of economical stock images.

To demonstrate the company is more than just a supplier of photography, we needed to use experts to showcase Getty Images’ marketing capabilities. Yet with the campaign simultaneously targeting four countries and some spokespeople located outside LATAM, logistical challenges quickly arose — particularly when scheduling interviews and trying to provide comments from people already in huge demand. Lack of timely access to expert sources relevant to each country would be a turn-off, especially for marketing media.

To counter this, the team discussed ways of enabling local spokespeople to talk about Getty Images, the Hulton Archive, and iStock, instead of needing to rely on foreign executives.

One solution was to give media training to photographers, ensuring they could deliver key commercial and marketing messages in an interesting manner.

Based on internal search data, insights from visual experts, and the latest market research, Visual GPS is an in-depth study into how different regions, including Latin America, feel and respond towards various types of imagery in media and advertising, and was the Getty Images most important thought-leadership initiative in 2020.

However, as the study was first released in the US, many media outlets within Latin America were already aware of foreign publications having written about it and as a result showed a reluctance to give further coverage. While it had been presented in Mexico during AdWeek, in Brazil, Colombia and Argentina we needed to create a strategy that would interest the media, even though the “news” itself had already been published elsewhere.

With that in mind, instead of pitching the entire study, we prepared a press release separated by the main topics discussed – wellness, technology/artificial intelligence, and sustainability.

We first pitched an exclusive interview with Tier One publications and, after that, separated the press release by topic, focusing on the publications from each industry. We were able to place the story in more than 15 important media outlets.

Our flagship action though was a TED Talks-style conference. Rather than it being delivered by a traditional spokesperson, we suggested it be presented by John Moore, a Pulitzer Prize-winning photojournalist. This would generate interest among marketing-focused media, while also providing easy, personal access as well as genuine quotes rather than faceless corporate statements. Discussing his work covering immigrants, particularly on the Mexico-USA border, John’s trip to São Paulo generated coverage from editors and columnists of major outlets including TV Record, Folha de São Paulo, Estadão and UOL. We also organised an event with John at the Tijuana border, generating great coverage with major broadcast news outlets such as Sintesis TV and Tijuanotas.

Regarding the Hulton Archive, it had featured in various British publications, but remained largely unknown in the rest of the world. We would need to build recognition of this online repository and the expertise associated with it from zero. Getty also wanted its company spokespeople to appear across a range of Tier One media, from business to entertainment and sports, and specifically identified major trade and news publications, such as Meio & Mensagem, Revista P&M, Clarín, Publimetro, and El Espectador.

We decided the best way to ensure ongoing coverage would be to create a campaign around a timeline of important events in the news calendar. We detailed key dates and events related to, for example, the 30-year anniversary of the Italia ‘90 World Cup, the announcement of a new eSports partnership with the Federation Internationale de l’Automobile, and the postponed 2020 Olympic Games.

This approach enabled us to reach out to targeted media with archival images that would provide historical insight and context at the precise moment they would be keen for content on that particular subject.

With no budget for press trips to the London-based archive, we also used our relationships with Latin American correspondents based in England, including from Globo and Clarín. This generated significant early media engagement in our target markets.

As well as running separate content campaigns for each sector of the media – advertising, women’s rights, sports, beauty, etc – we also proposed a press campaign about a global Getty Images bursary focused on the LGBTQ+ community.

The client was uncertain at first as it was not a story it planned to release in Latin America, however our outreach resulted in coverage across more than 20 publications and the client asked if we could do likewise for other bursaries. We eventually promoted four more — focused on climate change, disabilities, women’s rights, and the global pandemic — and produced more coverage in Latin America than all other regions, ever.

Our strategy for increasing awareness of iStock was to pitch interviews and bylines to targeted media, discussing how iStock is, unlike most stock images, helping create content that is both localised and non-stereotypical. We took advantage of regional events such as Brazilian Carnival and Mother's Day to make clear that iStock has customised images related to these subjects.

Similarly, Getty Images recognised opportunities related to the pandemic so many staff photographers, rather than covering sports and fashion, took to the streets to portray how the pandemic was affecting daily life. In Brazil, sports photographer Buda Mendes visited hospitals across Rio de Janeiro so we suggested we pitch him as a spokesperson.

We were able to place an interview in Gizmodo, a very important tech website, in which he discussed his use of drones and how technology is limiting infection risks while still ensuring documentation of important events.

A TV interview on RBI, a channel with more than 400,000 viewers, and a radio interview at Jovem Pan, the biggest radio station in the country, followed.

As well as creating the news calendar highlighting important current events and historical dates, we proposed pitching interviews and bylines to provide insights on media and imagery.

For example, during the 2019 Fifa Women’s World Cup, we placed an interview with the vice-president of the Hulton Archive discussing female representation in sports during the past century.

This secured coverage in media such as Merca 2.0, ESPN Mexico, Torcedores, UOL Tab, Claudia, Glamour, and BAE Negocios. We also oversaw unpaid tie up between Getty Images and ESPN Brasil, which led to daily coverage for a sustained period.

The archive continued to generate good results not only in terms of coverage, but also as an important source for Tier One media. In one case, the popular innovation website UOL Tab contacted us directly asking for new archival content, adding “we miss Getty Images’ historical photos in our articles.” As a result, in summer 2020 and with almost all sports suspended, we created an archival pitch related to the 30-year anniversary of the Italia 90 FIFA World Cup, in which Argentina reached the final. With incredible images and quotes from a spokesperson, the story was published across four pages of the print edition of Pagina 12, one of Argentina’s biggest sports newspapers.

Such was the early success of our work with the Hulton Archive, Getty Images requested in January 2020 we also help promote iStock. Getty Images wanted to generate more interest among small- and medium-sized companies because, even though the price is far more inclusive, the photos are more generic and the media traditionally showed little interest.

To reach the target market, we decided to look specifically at local content and took advantage of recent work from Getty Images’ content manager, who had focused on images less stereotypical and more indicative of each country’s unique culture. We also suggested we start placing blog posts from iStock in marketing-focused media. This proved a great success in all four countries and as the bylines were iStock executives from LATAM, it was a way of including them in the media without the need for interviews.

As a result of the strong interest generated, Getty’s team agreed to invite a journalist to its “iStockalypse” event in Argentina. There, as Getty photographers created local content using regular people, a journalist from Clarín, the biggest newspaper in the country, was able to interview two creators of the project.

Between July 2019 and beginning of July 2020, Sherlock generated 582 pieces of coverage for Getty Images, with 115 appearing in Tier One publications.

The team also secured interview opportunities for CEO Craig Peters during his brief visits to Brazil, Mexico and Argentina. Peters was interviewed in Tier One business media such as Forbes (Mexico), EXAME (Brazil), and Clarín and El Cronista (Argentina), while staff photographers and executives also featured in targeted media.

A consequence of our earlier work with John Moore also led to further coverage in Folha de S. Paulo, the biggest newspaper in Brazil, during the pandemic. A reporter had started to follow Moore on social media after interviewing him during his TED Talk-style speech in the country in 2019. We then pitched him Moore’s work with US health specialists and he showed great interest, writing a huge interview on its front page praising both his and Getty Images' work.

Getty Images is now seen by journalists as well as the creative and advertising communities as an authority and invaluable source on different subjects, from LGBTQ+ and minority representativity to immigration and international sport.

This can be exemplified in the increased share of voice the company is attracting, getting its message across to a much more targeted audience, changing perceptions into representation, and helping decide how imagery should be used in advertising.

Since our first LGBTQ+ pitch, we have generated bursary coverage in Tier One media throughout LatAm, most prominently in Brazil’s Estadão, Argentina’s Clarín, Globedia from Mexico, and Extra from Colombia. With the region having become the global leader in terms of most press, Getty even decided to create various new grants proving that our work has had a lasting impact on the way the client operates.

During our campaign with iStock, it became a leader and source in the field, with three different marketing media (one from Mexico and two from Brazil) contacting Getty Images looking to create partnerships involving stories from the company and its stock images — requests that the client said, rarely happen outside Getty’s editorial work.

"[The campaign] has yielded incredible results and insights,” said Matthew McKibben, Senior Public Relations Specialist at Getty Images, “we are achieving media and results like never before.”

Sherlock Communications has been a Contributor since 25th November 2015.