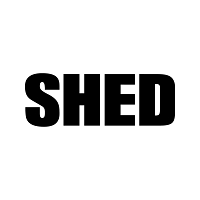 The film opens on a Christmas tree, the reflection in a decoration shows a girl, Alice, taking something out of the refrigerator. Alice is then lovingly icing Christmas cookies, her mother, Hélène, comes to steal one along with a kiss. Hélène is then seen as a nurse working the night shift holding the cookie. As she passes an opened door, we see a child suffering from what looks like leukemia and she decides to give him the cookie. After receiving a thank you note folded as an origami cat from the sickly child, Alice goes back to the kitchen. The scene jumps back to the hospital and the child is playing with his father, Hélène now brings him a cupcake. Alice is now in an IGA store with her mother, adding baking ingredients to the cart. The scene jumps back to the boy eating a pastry and looking at a picture of Alice wearing baking mittens on her mom’s phone. We then see a table filling up with origami thank you notes. Back to the living room and the Christmas tree, the girl is wrapping presents and the mother receives a text message. The mother has an ambiguous look on her face and we expect the worst. At the same moment, the doorbell rings, the girl goes to open the door and she sees a taxi car on the street outside, the boy is in the back seat waving at her before the car starts moving. There is a little box in the snow, a boy and a girl in origami are added to the table filled with origami notes. The end.

We worked on this with our client SID LEE for IGA. We put in nearly 10,000 hours of work. This involved 45 artists, mostly from Montréal but also from Europe, California and Asia, for four and a half months of production. Grooming was entirely done in Houdini; it took us an entire three weeks to create and animate the cat, Pudding, only!


Artistically, the challenge was to make sure that the work we were doing would do justice to the story and convey the emotions while also being in line with IGA’s values on nutritional and quality aspects. We also wanted to show a well lit, modern and colourful hospital that represents the values of the Charles-Bruneau Foundation. This was emphasized by the contrast between the busy decoration of the house we see opposed to the functional look of a modern hospital. Note that every object in the house was meticulously selected and created to bring just the right mood to the setting. The neighbourhood, where Alice and Helene live, is representative of large Quebec towns without being copied from a specific one.

The director, Chloé Robichaud, wanted the focus to be on the characters and what they experience. We achieved this through small subtleties that help the viewer feel instead of simply being told the story. We made the animation cinema-like through extremely realistic lighting along with rich and lively textures which help bring the viewer into the action with the characters. These efforts made it so that we truly feel the Christmas spirit without being overwhelmed by holiday elements.

Our close relationship with SID LEE allowed for a creative pipeline between us and the client, involving them with every little detail of the production. This is something we pride ourselves with at SHED; making the client more than just that, but also a creative partner whose opinion is as valued as that of our own employees.

The film was entirely made from scratch, or by hand as we like to say, which is one of our signature characteristics. This means no image or character was purchased and you see only original materials. We put in around 2,600 hours of work in creating the six environments seen throughout the ad and we created multiple clothing arrangements for the characters as the story evolves.

We also had to deal with the new realities brought by COVID and so we worked in a completely remote environment. This, in itself, came with its load of challenges: we had to race against everyone else in the business to make sure every player on the team had the right equipment at home to put in their best work remotely.

Both the global situation as well as the story we were trying to tell and the way we wanted to tell it made this an astoundingly challenging project. Together, as a team and with our clients, we made sure we had the right conversations to build something great from the ground up that would be not only a great advertisement but also a good film on its own. Through all this team work, we made this one of our most ambitious and proud achievements!

Add yourself to this project
Annual 2021 ShortlistMade With LoveAnimation Project featured: on 1st April 2021 Pro member:

SHED has been a Contributor since 25th November 2015.