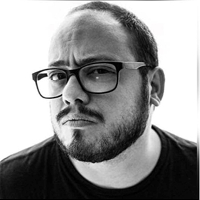 Background
Down syndrome has existed since, at least, the fifth century. However, the real numbers of this population remain unknown until today. Not in a country but in the entire world.

Given the lack of official data regarding this population, it is overlooked by the State, hindering its development and excluding it from any public policy that ensures its rights, as required by the Convention on the Rights of Persons with Disabilities.

How is it possible that in 17 centuries no one has wondered about this missing number?


ASDRA (Down Syndrome Association of the Argentine Republic) took on a great challenge:

- Give visibility to the numbers of a population that, so far, seemed invisible.

- Be aware of and raise awareness on the issues affecting this population.

- Get the State to include this population within public policies to put an end to the Numbers Syndrome.


Creative Idea
NUMBERS SYNDROME is the first dynamic tool in the world that shows the numbers of people with Down syndrome and helps them develop themselves through the data they generate.

This action tool collects and compares the submitted data, turning each new piece of data into statistics and each statistic into a real-time claim aimed at the government agencies that are in charge of solving it.

With this campaign, social media was filled with grievances putting pressure on the State and urging it to respond. A population that was vulnerable until today started being empowered thanks to the most powerful and transforming tool they could have: their own data.


Because it is not only about raising awareness, it’s also about making a real change.


Strategy
NUMBERS SYNDROME is not only a public welfare campaign. It is also an action tool that allows us to get to know the reality of people with Down syndrome for the first time based on the data they submitted themselves.

This dynamic tool turns each new piece of data into statistics and each statistic into a claim tweet that users can share on their networks to put pressure on the State.

During the launch, millions of people could become activists for our cause by just sending a tweet straight from our own tool. This action tool enabled us to generate continuous claims to public entities, identifying real opportunities for getting real changes.

Through creativity and technology, we could start changing a reality in need of evolution.


Execution
First, we introduced this tool to our specific audience, inviting people with Down syndrome and their families to start feeding this database. Since WhatsApp groups are highly used in these communities, we created an adapted form through a WhatsApp ChatBot that allowed us to speed up the registration process. Collecting data was essential on this stage.

Once this tool was working, the campaign was launched massively, showing for the first time in the media real data and alarming statistics that proved how invisible this population was. The campaign call-to-action at this stage was oriented to the general public, urging them to get involved and share our statistics in their networks to put pressure on the State.

In a short period of time, we managed to fill social media with claims and activists.

This way, we started not only a conversation but an action.


Results
The pressure of our campaign achieved great results:

For the first time in Argentine history, the State acknowledged the numbers of people with Down syndrome by making data official and opening up the possibility of establishing real public policies that safeguard the rights of this population in all areas of their lives.

The Argentine Legislature declared our campaign of public interest and raised the importance of our tool as an ally for the development of this population.

Our database surpassed the records held until then by 2800%.

4.3 million people became activists in this action, joining forces for the same cause.

NUMBERS SYNDROME was the most far-reaching campaign about people with Down syndrome in the history of Argentina.

Add yourself to this project
Project featured: on 22nd July 2022 Contributor:

Sebastian Tarazaga has been a Contributor since 25th November 2015.

I think this idea is incredibly smart and such a brilliant way to get real attention for those with Down Syndrome, and their families. There is power in numbers and this idea is not only powerful, but also effective. I would have liked to see a more creative approach to the static images with a more breakthrough art direction style. I'm not sure the current art direction does the idea justice.

Agree with Jordan that the art direction could have lifted this to another level and really made it stand out and make it more memorable. I know the intention was to focus on the numbers but the explanation felt perhaps overly focused on the how it was done rather than the why and that reduced the impact a little for me. The results are amazing but I would be really interested to know how being an activist was measured. An incredibly important issue to highlight and the impact in Policy must be commended. Disabled people are so overlooked in almost every society so it was a powerful approach to shine a light on an overlooked community.