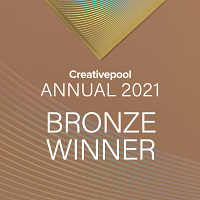 If you’re not experiencing it first-hand, it’s difficult to understand the reality of living with dementia during COVID-19 – something Creative Director Sean Cullen wanted to change. Sean’s mum has dementia. The difficult experience of supporting his mum during lockdown motivated him to write a poem, titled ‘Imagine’. He worked with Alzheimer's Society to bring the poem to life in an emotive short film. The film was also voiced by his actress wife Catherine Turgoose.

‘Imagine’ puts viewers in the shoes of people affected by dementia during lockdown– to raise awareness of how tough it has really been and to encourage people to donate to Alzheimer’s Society’s Emergency Appeal, so the charity can be there to support anyone affected.

Results - The film currently has just under 2 million impressions across social platforms, including Facebook and Twitter. It contributed to direct donations to the emergency appeal and helped to open discussion for people in need, to seek advice and support with Alzheimer's Society.

Sean Cullen has been a Contributor since 12th July 2021.

Thanks Ken. It’s been a difficult year and writing this from my own personal experience has made an impact and helped others…

It meant so much to voice this project, having experienced the emotional impact first-hand with my mother-in-law. We really wanted to raise awareness about how difficult it has been for people living with dementia and their families during Covid-19.

Very moving & such a positive thing to do with such a difficult personal experience. Great that it's making a difference.