Scott is currently working in two distinct styles: loose with some textured elements, and psychedelic with vector graphics and bright, bold colours. He has loved drawing since he has memory, and it really shows. We could admire these works for hours and always find something new or fascinating to look at.

In this Member Spotlight, we are learning more about the spirit of a driven and talented freelancer, and certainly one of the best illustrators in the entire Creativepool community. 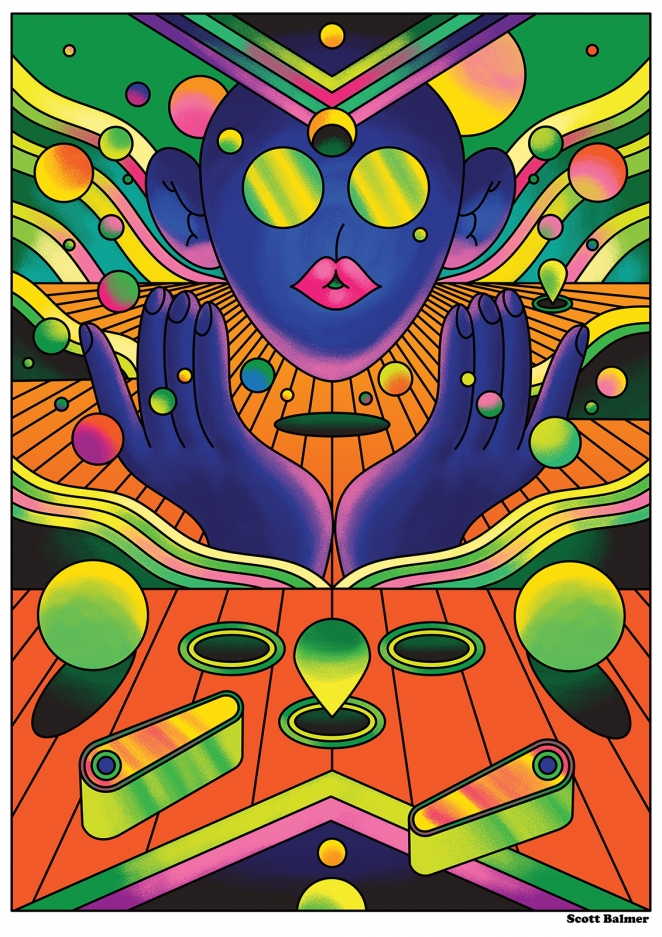 Drawing is something that I have done for a large chunk of my life to a point that I knew it could be a possible career path for me in the future. It’s something that I have always strived to do when it comes to drawing and art in general, finding out that I could use these skills to work towards being a part of the industry was something that I felt could be possible. I did what most creatives do and went to art school to learn more of my craft and then it was just getting my name out there through mailing postcards (and other methods) of my work to places who could be interested in hiring me.

You have to keep on pushing until one day someone gets in touch to commission you to be honest, just don’t give up so early and keep trying until it does.

I’m still based in Scotland, near the outskirts of Dundee where I create my work, I am largely freelance working for myself though it would be nice to work with a team on something if a large project allowed it.

I have no idea, probably working in some small local print shop doing design work if I was able to work in some form creatively or possibly working at a computer shop building and repairing various types of computers for a living. 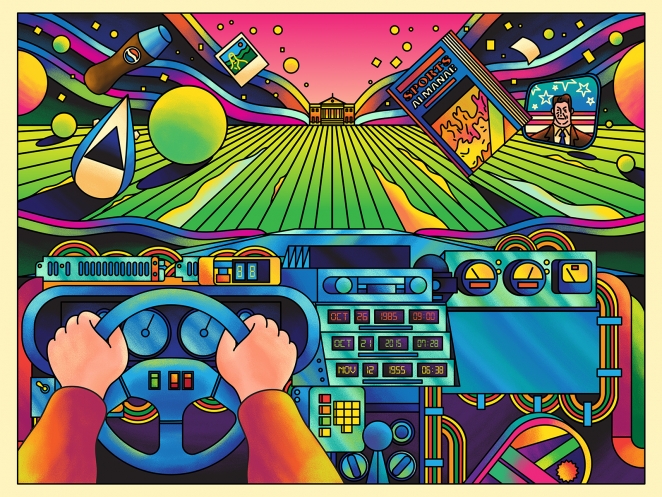 When it comes to making artwork, I tend to spend some time putting down as many ideas as I can in the form of basic thumbnail drawings where I am more interested in capturing the overall concept before moving on to taking the ones that have potential to the rough stage and then finally once one has been selected, taking that rough to the final artwork and then passing it on to the client for them to use in their products.

I currently offer two styles at the moment, there may be a bit of overlap at some points though they are largely both distinct from one another. One is a bit more looser with some textured elements made by some coarse shading and is more of a bold, modern, graphic but also light hearted affair.

The other style is more surreal and psychedelic with bright bold colours and shapes to produce vector artwork which then has shading added to it to take it to a more vivid landscape reminiscent of old comic books, 70s sci-fi book covers and the artwork found on pinball machines. 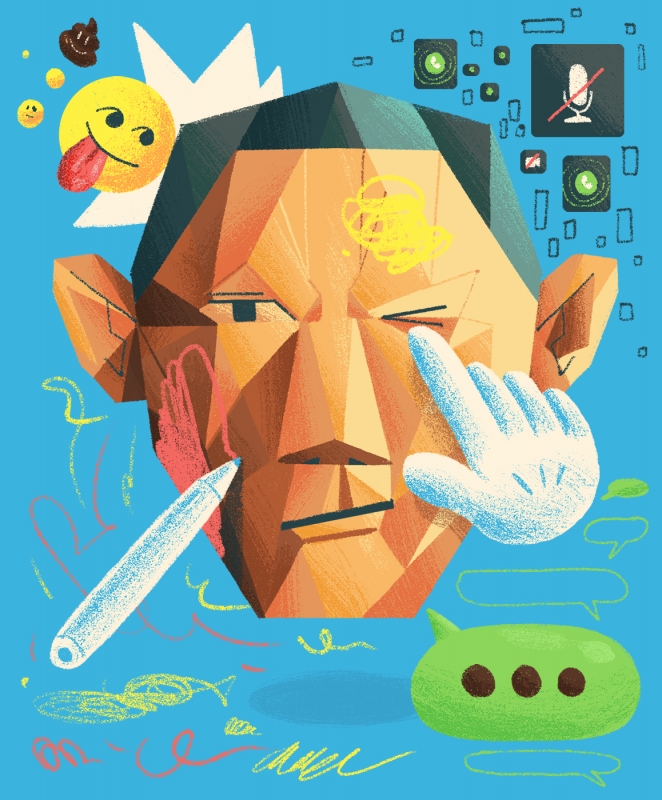 Most artists/designers I look up to are largely from the past with the likes of Saul Bass, The Pushpin Graphic and others from a certain period when illustration and graphic design were largely one in the same.

I do tend to like looking at the unsung heroes, the ones who designed great things but never got the name recognition such as artwork made for packaging and also the designs used in machinery like old pinball machines and how it all came together to form the end product.

I’m also enjoying the work of late animator Bob Godfrey who had a knack for making some fun simple animations with things such as felt tip pens while giving it a great sense of charm to it.

Probably the biggest change tech wise to me was how I do roughs. Years ago, I was more of a lets get stuck in and start working on the final sort of guy which is fine for when I am working on things for myself but for clients who need to see what I have in mind, not so much. How I tackled roughs in the past didn’t feel like it was working in conveying my thoughts to the client or at least this is how I felt about it at the time and had me trying to mix it up a bit doing different methods to make drawing roughs more interesting to me.

Getting my hands on the iPad and procreate changed everything as it allowed me to introduce colour into my roughs (which plays a large role in my thought process) to the point where working on the iPad helped the roughs to be developed further and convey the overall mood and concept that I am after and one that the client can clearly see my thought process. 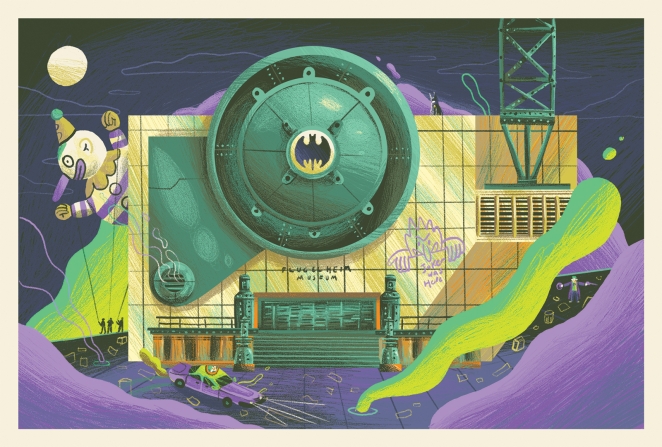 I think the trick is to give yourself time to do other things in other fields away from what you usually do work wise, maybe experimenting in 3d, playing about with music or something completely outside of art and design may lead to interesting and fun experiences that could even creep into your own work taking it to another level in ways which may not happen if you do not go out and seek different experiences.

I wouldn’t say that what I have achieved in my career are large nor does it involve things like winning awards but for me what I was most proud of was one commission I had with TES (Times Educational Supplement) I had illustrated for them in the past but there is one that stands out which was a set of three illustrations based on an article talking about a school who uses animals to help young disabled and vulnerable children to cope and also to help them learn in a classroom environment.

I think the illustrations I made for them really fitted well with the brief and it was something that I felt proud about because I felt that I had captured this subject well and made it both fun and sympathetic at the same time. 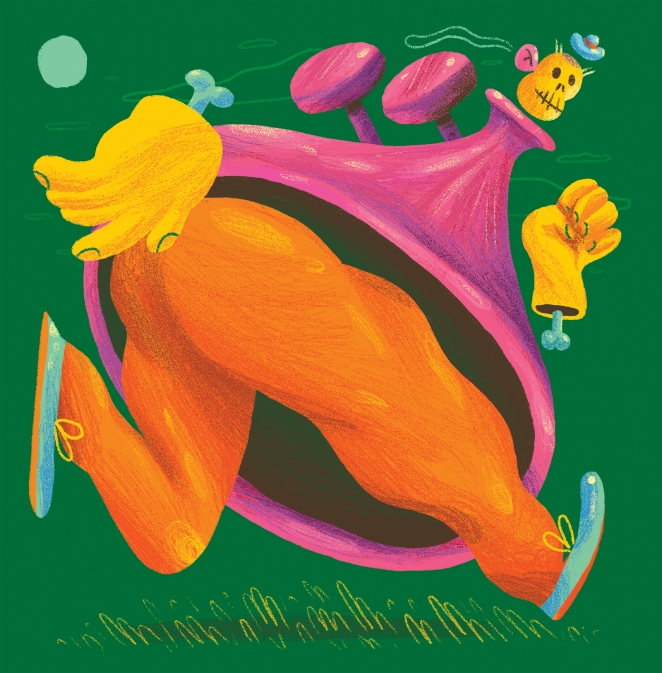 I usually go out for a walk around where I’m at especially places like parks and nature in general which can help in distancing myself from work, I also like the usual things of reading books, the odd video game and watching movies.

Keep true to who you are and don’t be tempted to take on work that either offer exposure or a low fee since these rarely work out well and usually take up more time than they should.

I hope that with all the things currently happening in the world that we can all bounce back better, stronger and wiser to help drive creativity forward in all factors of life. 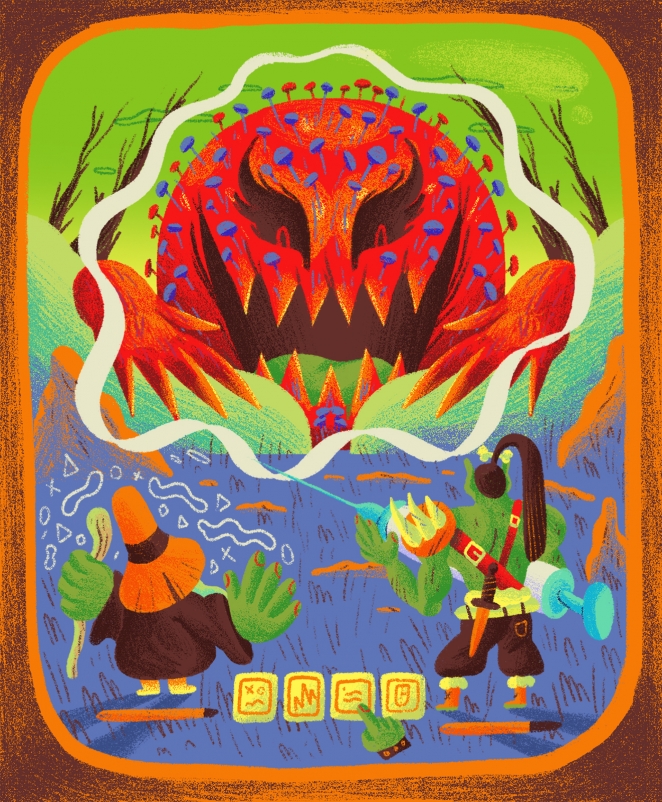 This is something that has indirectly affected the industry but has had an impact to it which would be the way social media has reduced the numerous illustration websites/blogs that used to be around, you had illustration blogs that offered a sense of community that social media hasn’t really been able to replicate which is a shame since these websites had more close nit communities and felt a bit more personal back then though I’m sure if I look hard enough I may find someplace similar to what it was like before.

If you’re starting out in illustration them one place to visit would be the AOI since they have some great resources to get you going and can help with certain issues such as contracts and working rates if you are a member with them though but still they can help get you get closer to your goal.