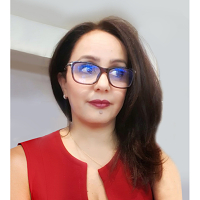 CONTEXT & FACTS
Gender violence is a common issue in the world., and countries like Morocco are even more concerned, because of the fact that it’s a taboo topic. Moroccans make sure to hide it and the don’t openly speak about it.
During the quarantine, the number of cases of domestic violence have considerably increased. Around the world, thousands of women found themselves imprisoned, during this time, with their abusive partners.
In September 30, 2020, 16,590 cases of violence against women have been registered in Morocco, according to a report made by the Royal Gendarmerie.
But only 6.6% of abused women lodged a complaint against their attacker.
Hence the need to denounce and lift the taboo.

As part of its positioning as a committed agency, Boomerang communication, supports the cause of women victims of domestic violence by launching a campaign on social networks that denounces this violent behavior on the occasion of November 25, international day for the elimination of violence against women ...
�
THE IDEA
To carry out this campaign, we have taken the initiative to meet these victims of domestic violence. As part of this focus group, we were able to discuss with these victims. We have listened to each of them, throughout their intimate confessions. A collection of bluish stories that gave us the opportunity to tell and reveal them in a creative way. And this, by inscribing each experience, each story, each real act of violence, on the skin, in order to give them a dimension that is all the more realistic and dramatic.
The idea is based on visuals highlighting one of the sad symbols of the suffering of victims of domestic violence, namely: bruises. Each bruise is seen as a witness to a history of violence and suffering that a woman has had to endure, whether physical or moral. An approach that thus mixes the horror of the situation and its result through the illustration of a traumatic emotional mark contained within a bluish body.
The creative bias was to dare to show a detail of a woman's body, which is a taboo subject in a conservative society like Moroccan society, and to use it to challenge, shock and show this unjust and inhuman violence in the form of scars and bruises that tell these stories of violence against women

Not only does COVID have a sinister countenance but, a woman 'trapped' in her own home and having to suffer abuse –a bitter pill to swallow! Ken.

I love these, very powerful.

Thoughtful work Samira. You have my vote.

Great work Samira - I've given you my vote.

Thank you for your support :)

I loved your work here