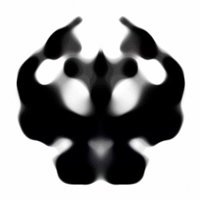 The challenge:
Gaggenau, is a German company founded in 1683, now manufacturing high-end kitchen appliances for the luxury lifestyle. Providing products in over 42 countries worldwide.

At the end of 2019 they re-modelled their winning combi-steam oven, providing an improved steam concept, larger in cavity, offering greater cooking choice for the 'home' chef.
The Gaggenau combi-steam oven is the champion, must-have, essential component alongside a conventional oven, in the modern kitchen.

We were briefed to develop a concept (on a small budget) to announce the arrival of their hero product, creating a theme that would work on a global scale. Inspiring both trade and consumer. Establishing an idea that enabled a multi-channeled approach, boosting country alignment and impact to maximise the small budget, creating a theme that could be leveraged in the Showrooms dotted around the globe as well as online, through various means.


Our concept:
Learning about the attributes of the Gaggeanu steam oven, we summed them up in a sentence… Each combi-steam oven is a specialised instrument, distinctively designed, hand crafted from exceptional materials and waiting to be mastered by the private chef who is open to achieving more. We distilled this down into the concept of ‘Grand Masters’.

This was then divided into three masters: the Dutch (born of the same century as Gaggenau) due to their imaginative still life compositions of food. The home chef, creating individual food masterpieces and the centre piece of the kitchen. The master that makes it all come together – the combi-steam oven. This theory gave us all the elements we needed to tell a story: we had a visual style, a ‘hero' and the means with which the hero achieves greatness.

The idea of Grand Masters manifested into many forms, ads, social, film, new approach to events, PR and commissioning editorial and artistic projects.

The conclusion:
We created a 90 sec film (and shorter versions) merging the artist applying their skills with the chef and their mastery melded with hints of product itself, finally revealed in an art gallery space rather than the kitchen.

Print and digital ads also placed the oven as the modern master within the traditions of an art gallery setting, this then inspired the web page content.

We aligned the Gaggenau Magazine editorial, interviewing 3 Michelin star Marc Haeberlin as the master of steam, as he was part of the development team (in 1999) that introduced the first combi-steam oven into the home.

To complement the ad and amplify the concept, a series of ‘still life’ compositions (for the film), were created for a social media takeover. The first post alone received over 3,000.
This ‘still life’ idea was also initiated to inspire countries to commission their own ‘still life’ concepts by partner chefs/artists. Hence generating a global gallery of chefs/artists and their own interpretation of food inspired by steam. These can then be leveraged by local showrooms to draw interest, entice visitors and create a true brand experience. The Grand Masters concept additionally opened up gallery spaces to become exhibitors of local commissioned ‘still life’ works displayed amongst the ovens, presenting art and product with equal reverence.

This Grand Masters concept was the first time that the Gaggenau product was promoted outside of the showroom. This has opened up the exposure of the Gaggenau brand to a wider audience outside of those in the kitchen-buying cycle. This is a concept that can scale up from a social post all the way to filling the Saatchi gallery with commissioned ‘still lifes’, exhibited alongside Gaggenau’s kitchen products. This is a theme with longevity and reach, as territories continue to take up the revolutionary concept and the campaign continues to build momentum.

Saddington Baynes has been a Contributor since 19th April 2016.