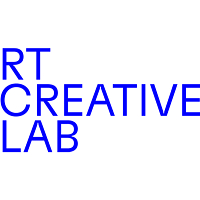 The Romanovs were photography pioneers — in the early 20th century they owned the world's first portable cameras capturing almost every meaningful event in their lives.
On July 17, 1918, Nicholas Romanov, last Tsar of the Russian Empire, his wife and five children were executed by the Bolsheviks. To pay tribute to the family, we merged a large set of visual data with transmedia storytelling to piece out the big picture of a "lost Russia". Thousands of the Romanov’s images were converted into platform-specific social media narratives on Facebook, YouTube, Twitter, Instagram with accounts on each network showcasing unique format and content.

Objectives:
- create an immersive educational project that can resonate with “new generations” fully-adapted to social media
- transforming content to an interactive AR book which makes learning experiences an emotional journey into history
- introduce new approaches which can be effectively used in history education courses

#Romanovs100 is an image-first digital storytelling project built on analysis of thousands of photos shot by Russia’s last Royal family. To make history come to life in the world of digital platforms, we partnered with the Russian State Archive to retrieve 4,000 actual analogue images once stored in the private albums.
This vast family chronicle is a detailed first-hand witness account of the early 20th century - for decades this part of Russian history was eradicated from school-books and kept in the dark during Soviet rule. Working on this large set of visual data and adapting our historical research to social media platforms allows us to make history easily accessible to younger audiences.
#Romanovs100 culminated in AR photo album which enhances this experience of learning history. It combines the visual language of photography with AR tech to create an interactive history chronicle focused on a humane story.

Our challenge was to design an interactive multimedia book mixing history with new digital realities. In our design choices we wanted to create a feeling of intimacy: all images are unedited photos in original exposure with the same tints and colors as when developed by the Romanovs and pasted into albums with their own hands.
AR extends the storytelling beyond the limitations implied by print, and allows readers become active co-creators of the unfolding story. The app provides an immersive journey into history triggering three interaction types:
- informative: uses extended reality to tell additional stories through swipeable galleries, AR infographic, short video documentaries rolling inside photos
- visual: AR app allows to zoom-in high-resolution images and experience them from additional angles
- emotional: 3D animations which come to life on book pages creating an open emotional connection with the Romanov family and making a learning experience a playful adventure.

Our project aims to show that learning history can be compelling and interactive. It targets younger audiences with innovative formats and digital approaches to educational storytelling.
#Romanovs100 was selected to showcase at one of the world’s biggest educational festivals - SXSW EDU 2019 in Austin, Texas. The response from educators and students was overwhelming and we handed over dozens of copies to public libraries, universities of Texas, Phoenix, New York, Cornell and many other educational institutions who showed interest.
In general, #Romanovs100 had a remarkable impact across social media. The project generated over 25 million impressions & gathered around 55,000 fans & followers combined. Social media posts generated over 1 million engagements.
The project received global media coverage, featuring in The History Extra magazine, BBC News Hour, Tatler, Sky News, Daily Mail, and more.

Through mixing AR with actual photos, the book breaks traditional print format boundaries to create a new kind of history text that is informative, engaging and interactive, designed to educate and inspire future self-learners.
Our main aim with this album is to trigger personal enthusiasm for studying history and push readers to search for deeper answers as to why and how the revolution of 1917 took place and to consider whether there were any other possible outcomes besides the brutal murder of the last tsar and his family.