If I were to ask you what the determining factor will be in your success or failure as a creator, there’s a good chance you’d say 'the quality of your ideas.'

Without a good idea you have nothing.

Yet there’s something else even more important still; an awareness without which you are destined to fail, even if inspiration is coursing through you.

And it’s got all to do with the gap.

By ‘the gap’ I mean the space between idea and execution; between concept and realisation. And it is a truth understood by makers in all media that what you end up making with your hands rarely, if ever, captures the glorious lustre of the idea as it was in your head.

Kate Tempest, the musician and poet, put it like this in a recent conversation she had with Phoebe Waller Bridge, creator of Fleabag …

‘The difference between a writer and someone who dreams of being a writer is that the writer has finished. You’ve gone through the agony of taking an idea that is perfect – it’s soaring, it comes from this other place – then you’ve had to summon it down and process it through your shit brain. It’s coming out of your shit hands and you’ve ruined it completely.’ 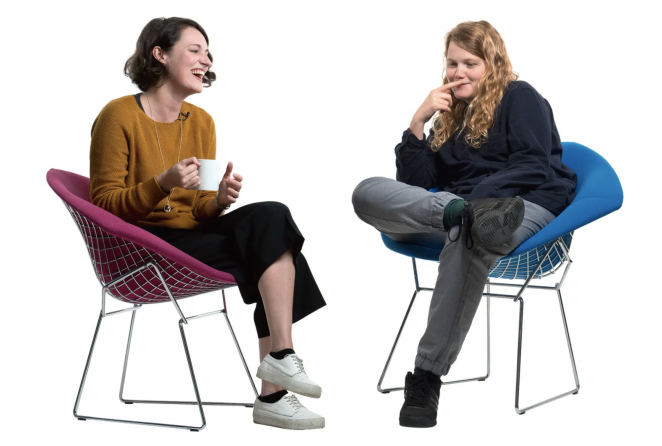 Phoebe Waller Bridge and Kate Tempest in conversation for The Guardian

For many their first encounter with the gap is too much. The yawning gulf between what they imagined they’d make and the pitiful simulacrum before them is overwhelming and they retreat, forever, to a less painful place.

But there are others who just keep on going.

The Japanese artist Katsushika Hokusai remains an inspirational and influential figure two centuries after his death. He wove Eastern printmaking techniques together with Western perspective to create a new form of image making. 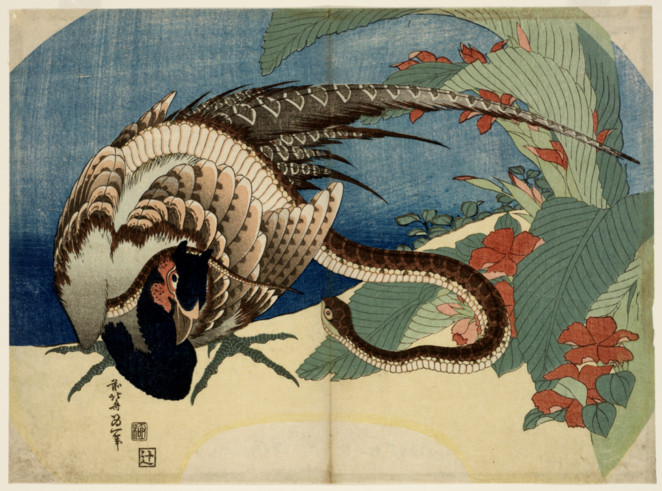 Yet even though he was widely admired for his work in his own lifetime, from the Emperor through to the street dwellers whom he loved to draw, Hokusai was perpetually disappointed by his own ability. It’s incredible really, when one leafs through his exquisite images of people, animals and landscapes, to know how flawed he felt they were. But to him they were lifeless.

The only thing in his favour was that he kept on painting. He lost his fortune through the activities of a profligate son. His studio and most of his work were destroyed in a fire. No matter what misfortune fate hurled at him Hokusai continued to make work. And his motivation was simple - he could see the gap slowly closing. The disparity between what he saw with his eyes and what he painted with his hand was getting smaller, if only by the tiniest of margins, whenever he lifted his brush.

Towards the end of his life he wrote, ‘I have drawn things since I was six. All that I made before the age of sixty five is not worth counting. At seventy three I began to understand the true construction of animals, plants, trees, birds, fishes, and insects. At ninety I will enter into the secret of things. At one hundred and ten, everything - every dot, every dash - will live.’ 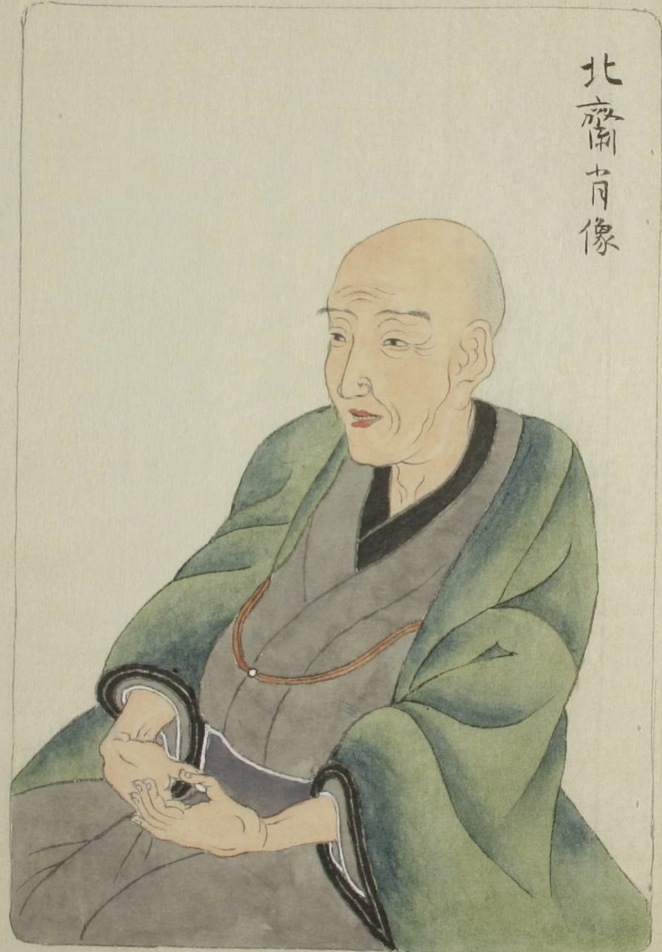 Portrait of Hokusai by Keisai Eisen

In the end Hokusai only made it to 89, and even then on his deathbed he was heard to exclaim, ‘If only Heaven will give me just another ten years ... Just another five more years, then I could become a real painter.’

Life as a creator is tough. Sure, there are those moments when your muse chooses to smile upon you and in a glorious accident of creation your artwork acquires a quality which seems to have happened in spite of yourself.

Such moments of ecstasy will sustain you.

But most of the time, it’s a constant trudge through a landscape of frustration, self-doubt and failure. An ongoing battle to bridge the gap.

Kate Tempest again, ‘The thing is, everybody’s got an idea. Everybody wants to tell me about their ideas. Everybody is very quick to look down on your finished things, because of their great ideas. But until you finish something, I’ve got no time to have that discussion. Because living through that agony is what gives you the humility to understand what writing is about.’ 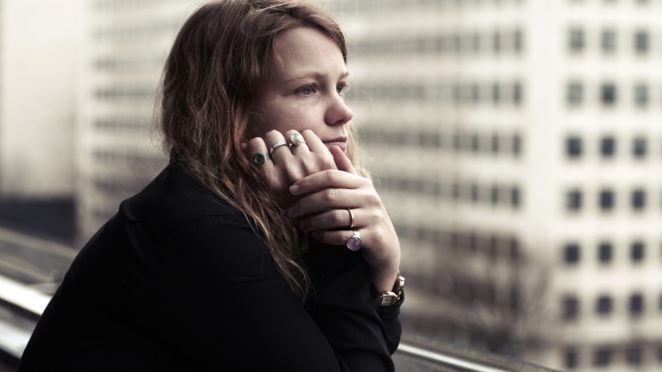 If you’re living through the agony now, know that it’s a feeling you share with anyone who has ever sought to give life to their ideas, and you have to keep on keeping on.

Because whether it seems like it or not, with every stroke of your brush, every tap on your keyboard, every mark made with your pen, the gap is slowly, ever so slowly but surely, closing.

Click here to find out more about my workshops, webinars and writing on creativity and the creative process.

Right now, having pretty much bridged one gap, is there ever a good time to take on another?