Are You In Your Own Way?

For the last few years I’ve immersed myself in the lives of great artists, writers, performers and musicians. I’ve read memoirs and biographies; listened to radio programmes and podcasts; watched documentaries and biopics. Over time I’ve discovered that almost all of them, no matter their medium, have one surprising thing in common: when their work is going well – really well – they disappear.

I was intrigued: how can the artist absent him or herself from the process? Surely they are at the centre of the creative act?

Then I heard the same thought repeated by the dancer Tamara Rojo, on the BBC radio programme Epiphanies …

I think there are different kinds of experiences as a dancer. I think there are some that are almost religious, almost metaphysical. You abstract yourself so much from the reality of it that you yourself disappear. And that tends to be in roles that are dramatically complicated, complex. And usually when you have done it for quite a while. And then suddenly, one day it’s not you anymore, it’s just that role, that person, that being on the stage. 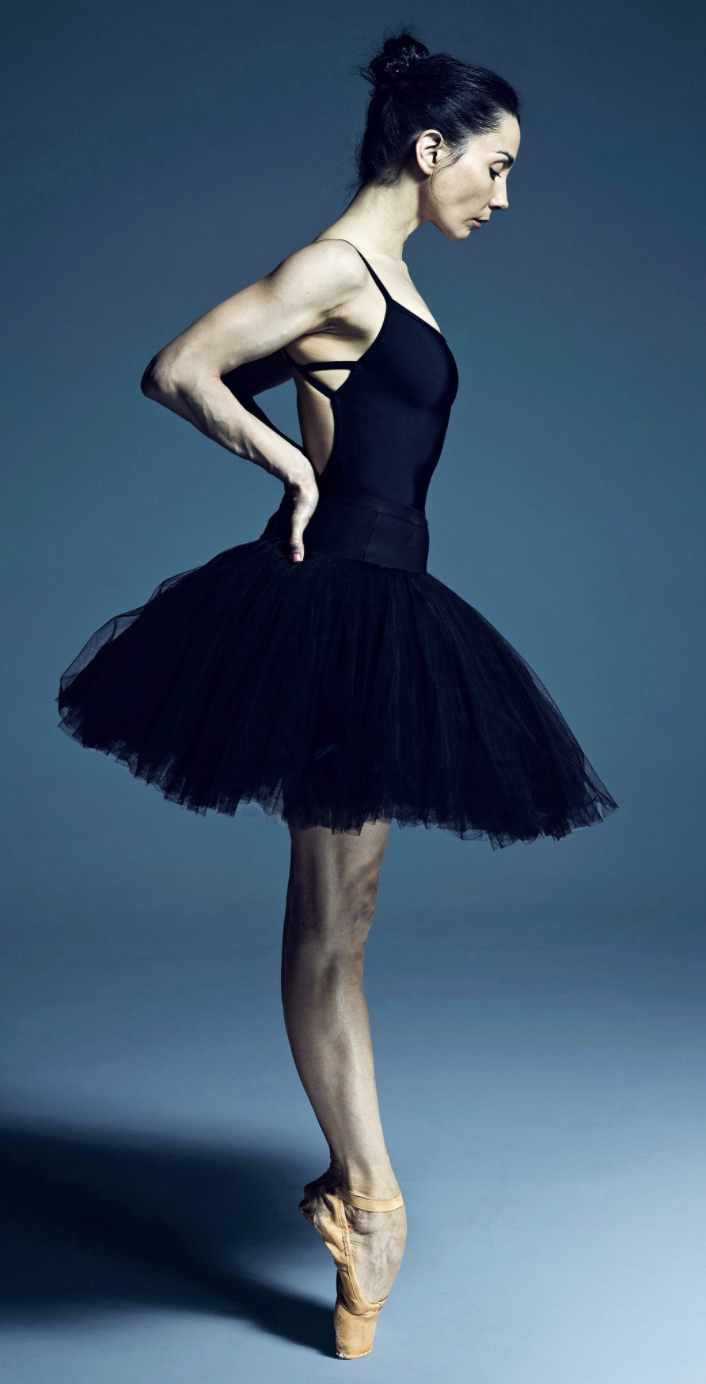 Even in a dance performance, perhaps the most physical of all artistic endeavours, Tamara would sometimes find herself adrift from her own body …

You’re literally watching your own performance from outside. You can levitate outside and your body is doing it without thought, in a mastery of instinct after years of practice. And then you’re completely aware of the audience. And you manipulate them however you want. You can change their mood, you can make them laugh. You can make them cry. You can make them terrified. You can surprise them. You can entice them. You withdraw and they come with you and then you explode in their face.

As is often the way, the more aware I became of this kind of experience, the more I seemed to encounter it. 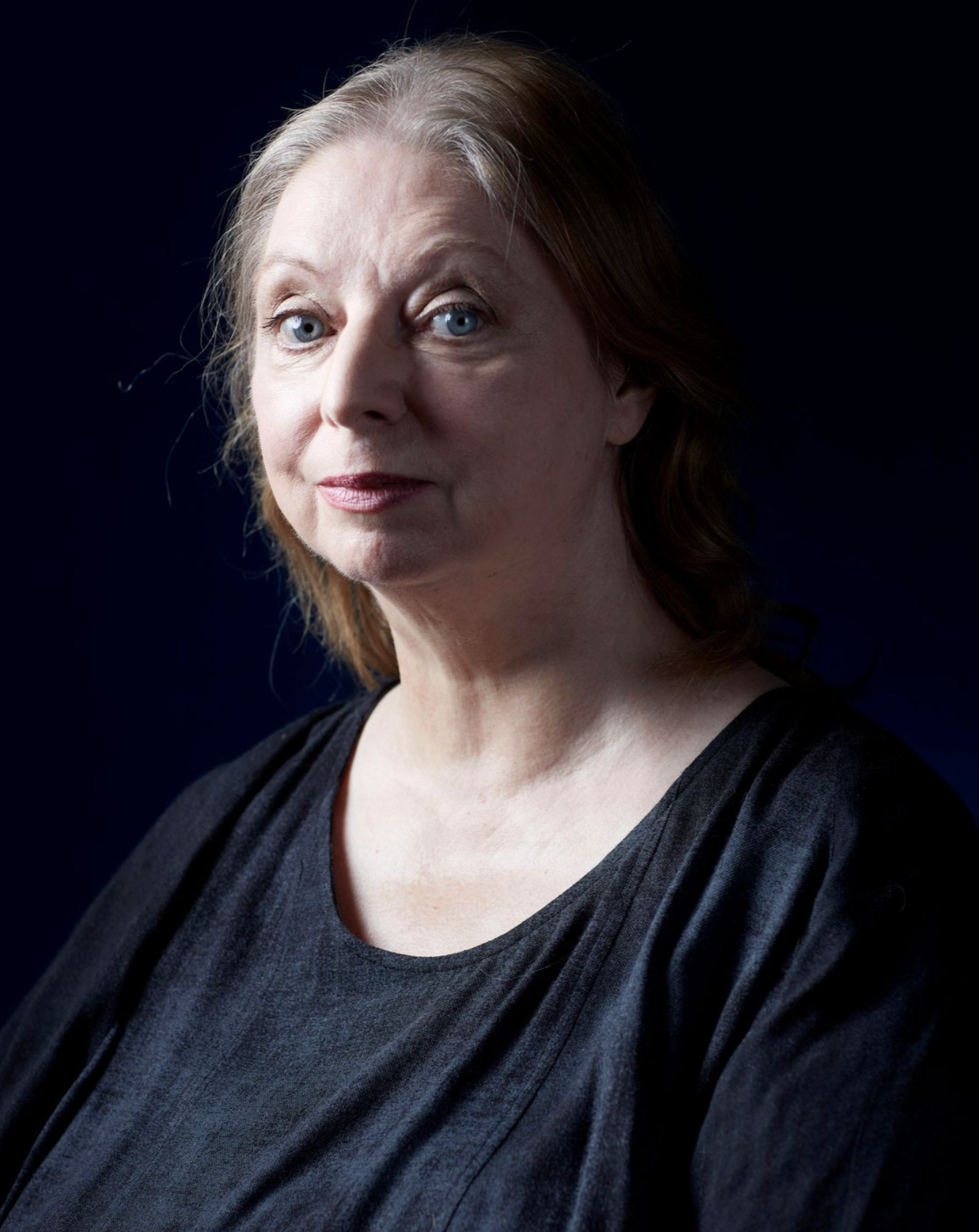 Double Booker winning writer Hilary Mantel, author of Wolf Hall, describes how she has to step away to allow the work to make itself …

If you think of any worthwhile novel – its intersecting arcs, its intertwined themes and metaphors – no one is clever enough to do it. When you have crammed your head with data, you have to take your hands off and see what shapes the story forms. You must trust the process, and that can be difficult, because you have to quell anxiety; the task is to get out of your own way.

And other writers have said the same thing.

Aimee Bender in her brilliant essay ‘Light the Dark’ writes …

It's interesting that the writing I tend to think of as “good” is good because it's mysterious. It tends to happen when I get out of the way – when I let it go a little bit, I surprise myself. I feel most pleased with my language when I don't understand it completely.

It’s as if the work is bigger than the artist. The artist can bring it into being. They can initiate the process of realisation. But once that process is underway the work, if it’s going well, acquires a momentum of its own. 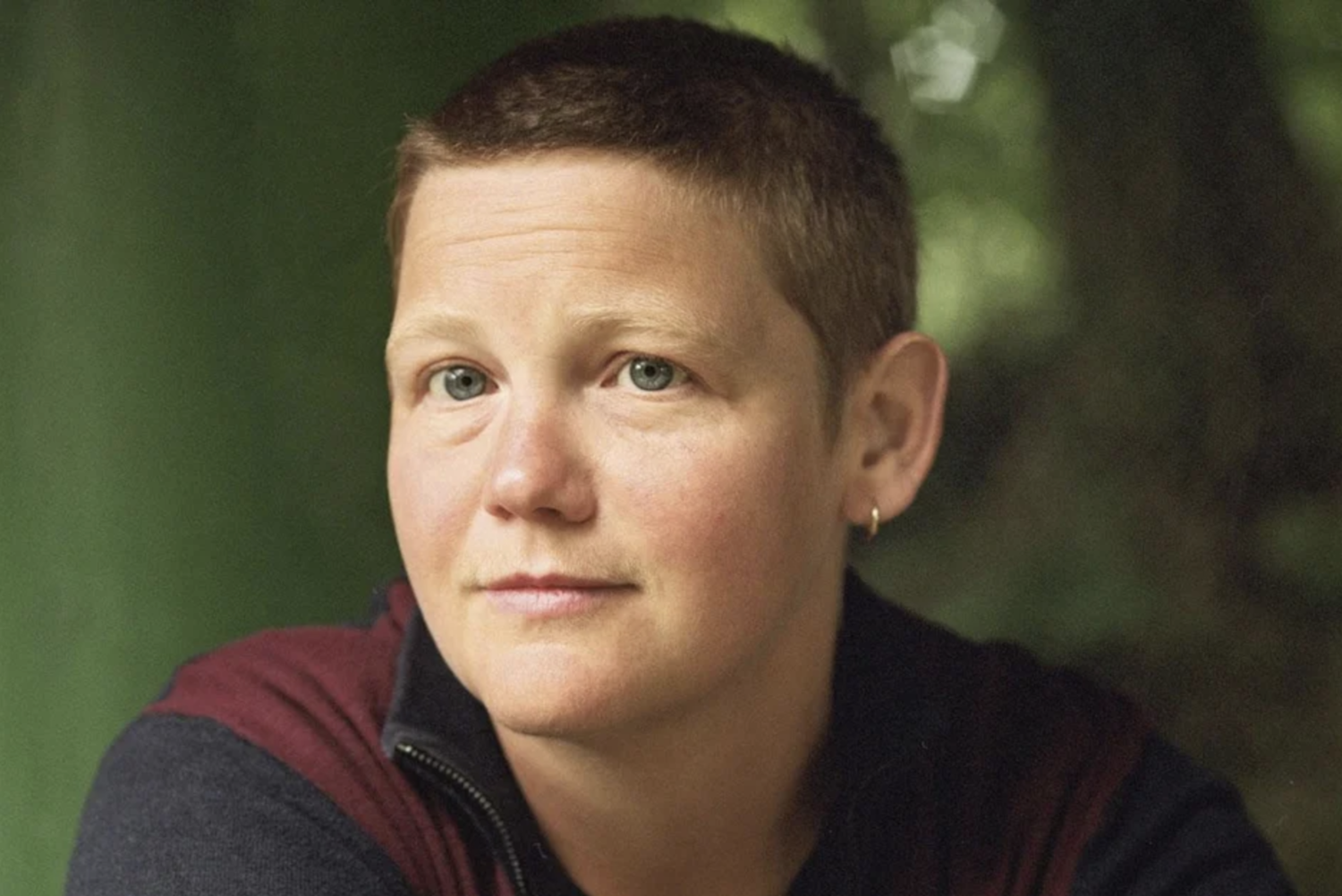 Kae Tempest is both poet and performer. And in their recent book On Connection they explore the power of creativity to connect. They talk about the triangulation between the artist, the work and the audience, and the astonishing potential power of this circuit, once aligned …

I don't know why sometimes I'm connected and other times I'm not. All I know is it's a collaborative, communal feeling that takes the whole room or none of us. It seems like it comes through me if I can get myself out of the way. But any interference will impede it. Trying to make it happen stops it in its tracks. It’s the same with words. I have to get out of the way of them. I can't say them too dramatically because they are already so rich; if I enrich the language further in the way I speak, it will make them indigestible.

And in Marina Abramovic’s memoir Walk Through Walls she describes how during her performance piece Rhythm 10, in which she stabs a knife between her fingers with ever increasing speed, not only she but also the audience lose their individual identities …

Pretty soon I had gone through all 10 knives, and the white paper was stained very impressively with my blood. The crowd stared, dead silent. And a very strange feeling came over me, something I had never dreamed of: it was as if electricity was running through my body, and the audience and I had become one. A single organism. The sense of danger in the room had united the onlookers and me in that moment: the here and now, and nowhere else. That thing that each of us lives with, that you are your own little self privately – once you step into the performance space, you are acting from a higher self, and it's not you anymore. It's not the you that you know. It's something else. 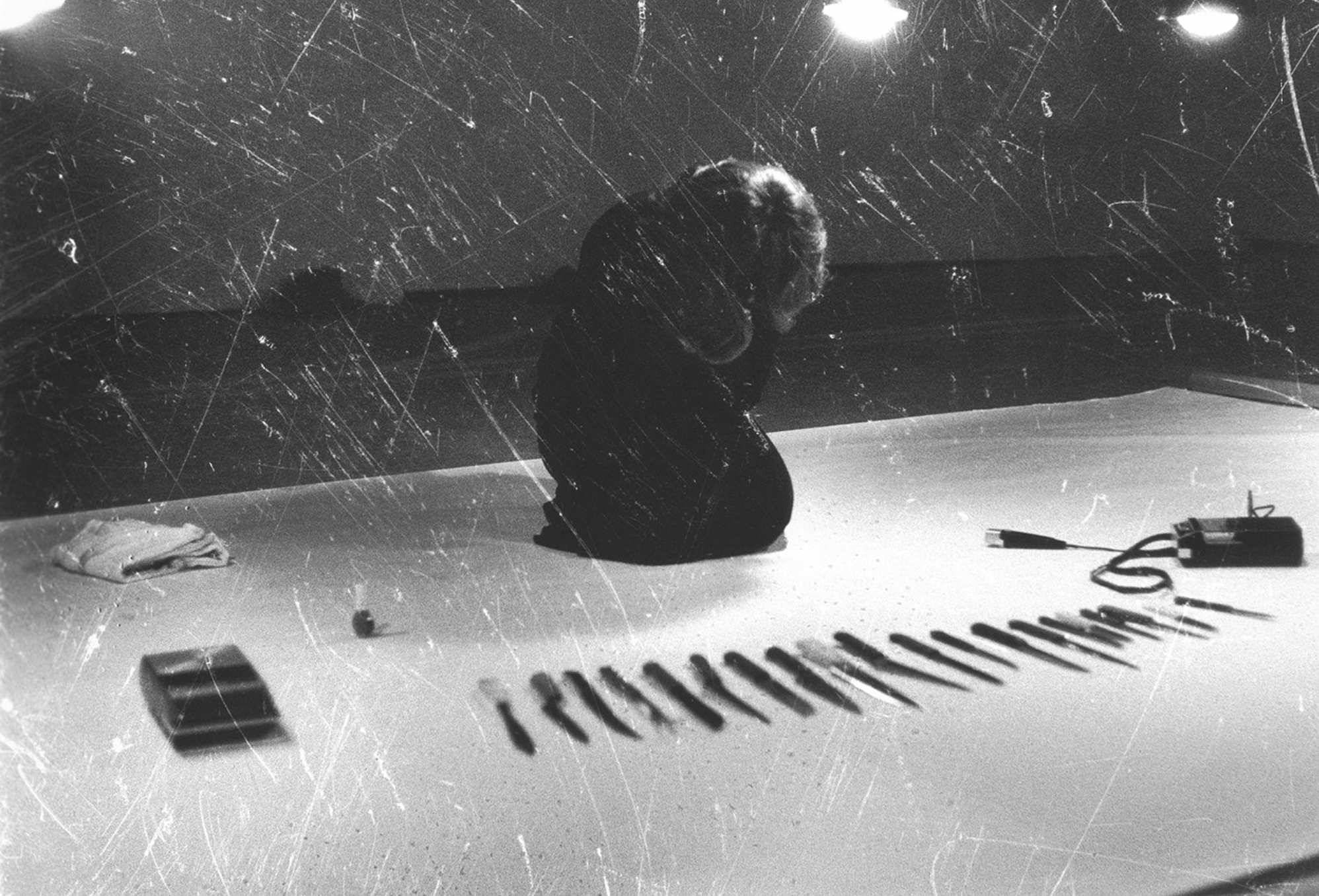 Six different artists in different media all observing the same phenomenon: this feeling of the work only becoming great once you get out of your own way.

Perhaps this universal, if counterintuitive, truth speaks to you and your practice too?

Certainly I can say of my own experience with writing that there have been moments when the words tumble onto my computer screen apparently of their own accord; when the world falls away and there is just the piece appearing, word by word, before my eyes.

For the artists cited here this is as good as it gets, the acme of their practice; all those countless hours of endeavour leading to a kind of creative nirvana.

This phenomenon has been referred to elsewhere as ‘flow’, most famously by the celebrated psychologist Mihaly Csikszentmihalyi (you can check out his TED talk on the subject here) who believes it occurs in the sweet spot when one’s ability is perfectly matched to the scale of the challenge faced.

One can trace accounts of similar experiences all the way back to ancient Greece, when poets described the ‘ecstasy’ of being visited by their muse; ‘ecstasy’ derives from the Greek ἔκστασις which literally means ‘to be or stand outside oneself, a removal to elsewhere’. 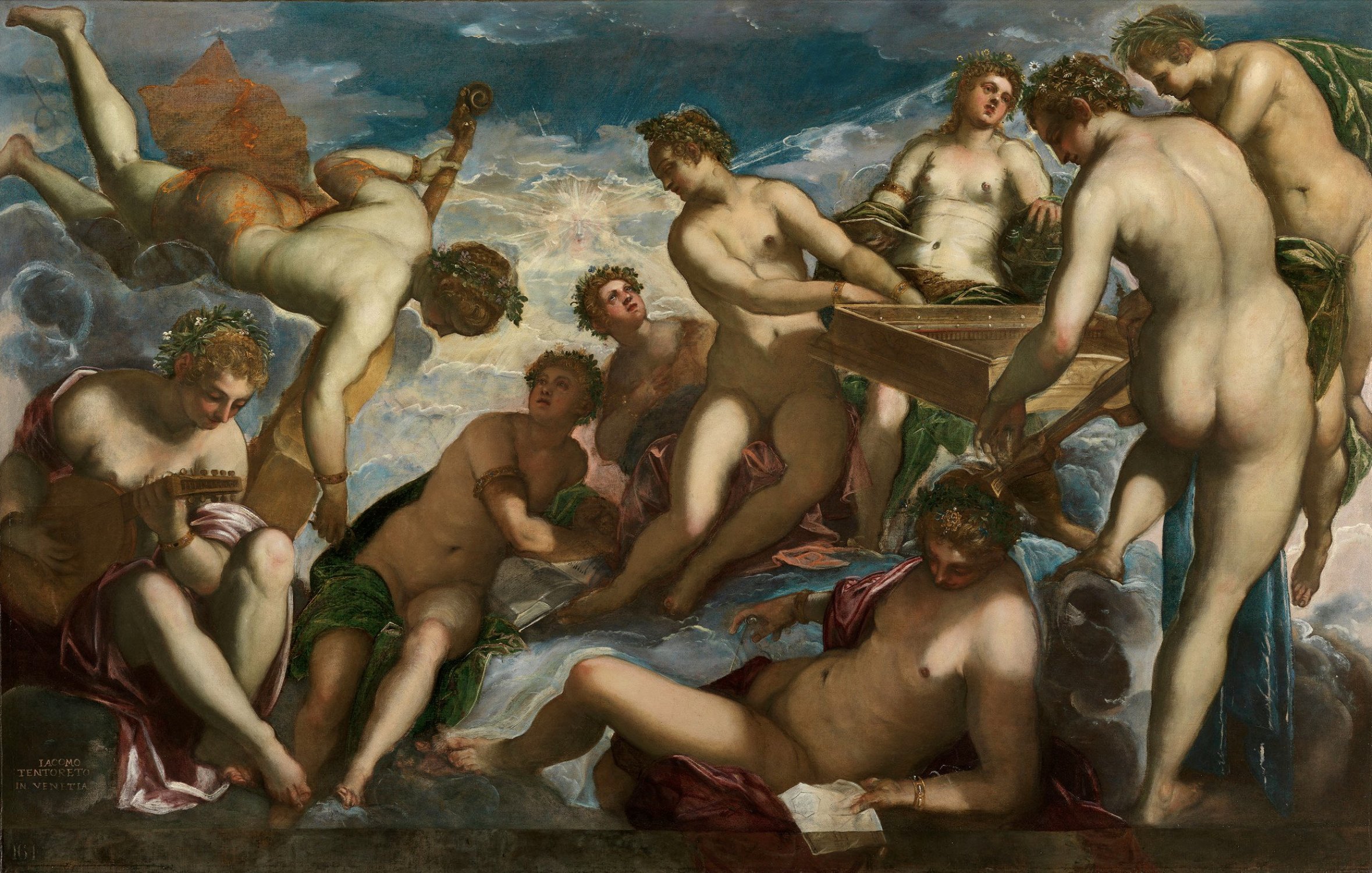 Given the deeply appealing yet somewhat mystical nature of artistic ecstasy, are there any steps we can take to make it more likely to happen?

Well, if you’re keen for your muse to take the creative reins for a while, the first thing to do is to show up and let her know you’re ready to receive her. As musician Nick Cave has written on the subject of inspiration …

A large part of the process of songwriting is spent waiting in a state of attention before the unknown.

And a benefit of showing up again and again is that the more hours you spend at your desk, in your studio or rehearsal room, the more effortless the process becomes, the less you need to think, and the less selfconscious you are.

Then, once an idea comes, you must commit yourself to it absolutely and without fear. You have to take what Yayoi Kusama has described as ‘the leap into the unknown’. Success is far from guaranteed, failure is more likely, but unless you make the jump you’ll never know what the outcome will be. This is an act of faith in yourself and the medium in which you’ve chosen to work.

And finally, avoid the temptation to judge your work too soon. As nun turned artist Corita Kent observed, creativity and evaluation are different processes. Appraisal requires you to switch on your conscious, rational mind – to get yourself in the way, if you like. There’s a time for this of course, but it is often much later than we think. 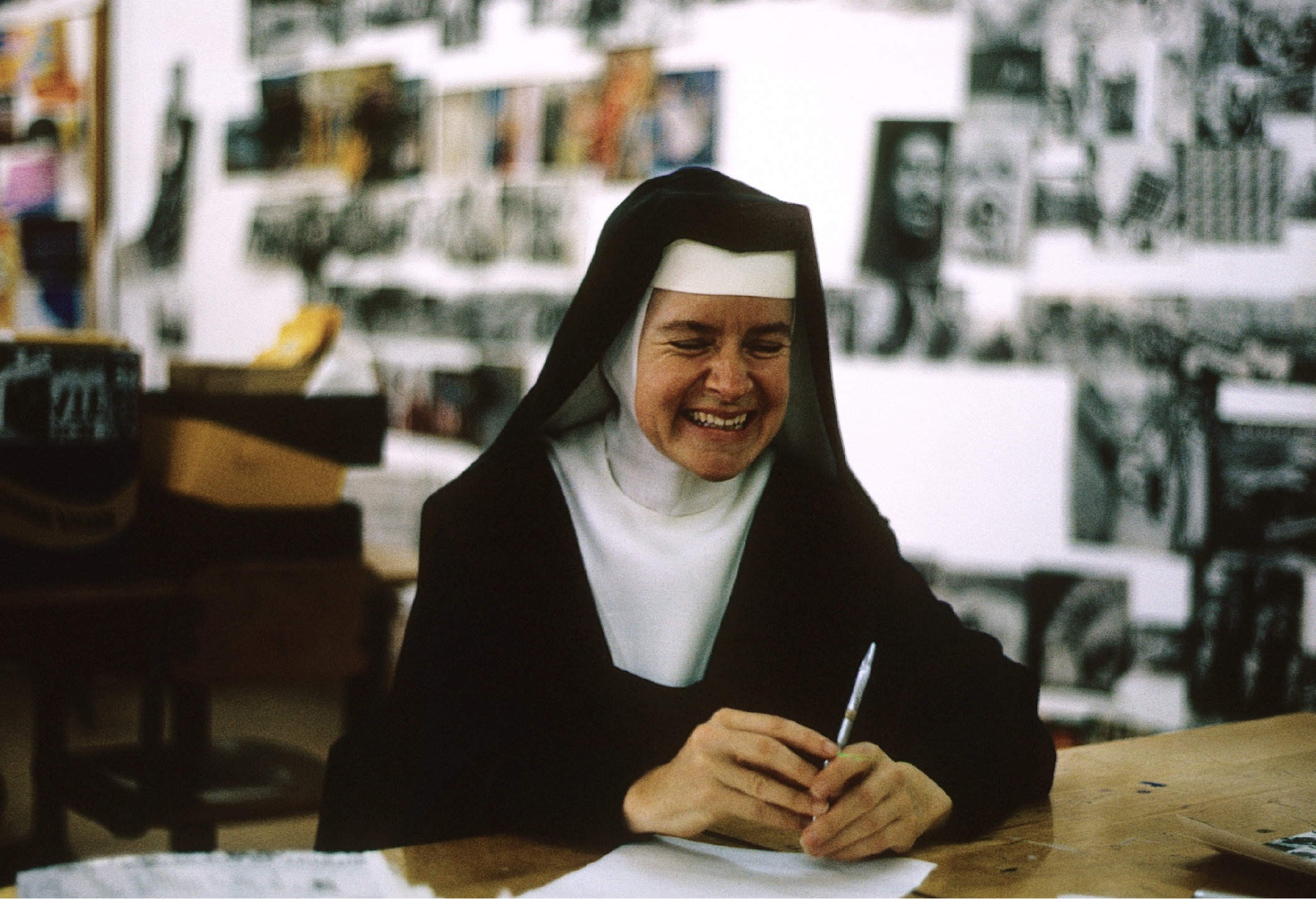 Towards the end of Tamara Rojo’s interview she reflects on how, even though she danced for 25 years, she only experienced this phenomenon of the dissolution of self a handful of times. For her it became the magic she was always chasing – ‘the heroin of performance’.

So far as I can tell from the many different descriptions of creative ecstasy I’ve encountered, if you’d like to experience it for yourself then begin by asking this question:

Thanks for reading this article. To discover more about my work, visit my website.