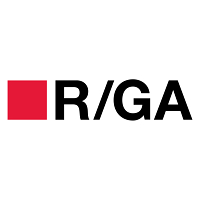 Brief
Samsung was losing the race to win the next generation of phone owners: Gen Z. They were turning to Chinese brands like Oppo and Huawei who were offering similar innovations and undercutting Samsung on price. The launch of the new Galaxy A was Samsung’s way to bring Gen Z back into the brand. Winning them back meant we had to increase brand favorability and drive purchase intent.

Solution
Gen Z lives their lives on social 24/7. Since they quick to call out advertising bullsh*t, we told them exactly why they need the Galaxy A: it has an awesome screen, awesome camera and long-lasting battery life. K-pop group, BLACKPINK, turned those features into a song and dance and we dropped it as a challenge on TikTok. It generated 16B views and drove brand favorability and purchase intent.

Cultural Context
TikTok is a social short-form video app. With +1.5 billion users worldwide, it is the most downloaded app in the world. ~60% of users are 16 - 24 years old. BLACKPINK is one of the most popular K-Pop groups with a fanbase that spans the globe. Another reason we chose BLACKPINK was that they hadn’t released a song in ~18 months, making this their “comeback” (much to the appreciation of their fans).

Add yourself to this project
Annual 2020 BronzeSamsung Galaxy A - #danceAwesomeSocial Project featured: on 2nd September 2020 Contributor: