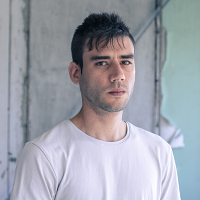 Under the action of this gas, the Tesla turbine showed
extreme rotation speed and extreme output


In addition, the performance of two Tesla turbines
with different gas path connections is investigated and discussed
more in depth by other scientists, artists and engineers.

The Asian Tropopause Aerosol Layer (ATAL) or Ammonia Cloud extends over the Middle East and Asia at an altitude from 12 to 18 kilometers. This extreme accumulation of fine particulate matter building a 6km layer of ammonia snow / ice *NH3 was observed from the satellite for the first time during the Asian Monsoon of 2008.

However, its composition and effect have not been studied until recently. A European consortium of scientists has now been able to show what this layer consists of for the first time. For substantial areas of the ATAL they found a high concentration of ammonium nitrate in the particulate matter

This substance has its origin in the gaseous ammonia cycle, a trace gas that is released mainly from Animal Life metabolism impact with Urea and boosted nowadays by Human agricultural activities using fertilizers based on Nitrogen or derivatives compounds as NH3. The consortium has presented its findings in Nature Geoscience as part of a study by the Karlsruhe Institute of Technology (KIT) in collaboration with the Max Planck Institute for Chemistry (MPIC) and Johannes Gutenberg University Mainz (JGU)