ADCAN Awards: Everything you need to know about the annual film-making competition

Not-for-profit, creative organisation ADCAN recently announced the launch of the 2017 ADCAN Awards. The annual film-making competition returns for its fourth year, and for the first time the awards ceremony will be held in the home of film, Los Angeles, where it will continue to champion creative talent and give emerging filmmakers access to some of the best creatives and industry leaders in the world.

The participants will make original films for one of ADCAN’s six partner charities to help promote their cause. In keeping with the new international focus of the competition, the charities selected will reflect themes dominating the current global landscape; THE REFUGEE CRISIS, GENDER EQUALITY, LGBT+ RIGHTS, THE ENVIRONMENT, DIVERSITY & FOOD WASTE. Of the six charities three are based in the UK and three in the US; The Helen Bamber Foundation - which supports refugees and asylum seekers who have experienced extreme human cruelty, such as torture and human trafficking, The Fawcett Society - the UK’s leading charity campaigning for gender equality and women’s rights, City Harvest - a food surplus redistribution service, WERK for Peace - an LGBT charity set up in the wake of the Orlando massacre last year, Grid Alternatives - an initiative which provides solar electric systems to low income families, and NEDA - The National Eating Disorders Association based in the US. 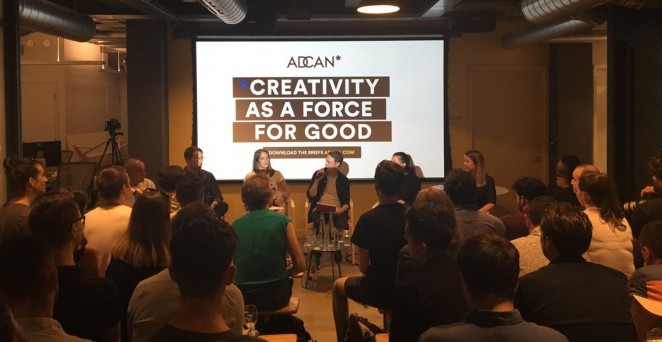 The free-to-enter competition invites unsigned creative, filmmakers and animators from across the globe to select a brief of their choice from one of the charities, and create a 60 or 30 second film which helps to spread the charities’ messages in a vibrant and creative way. The winning filmmakers will be selected and invited to attend the awards ceremony in Los Angeles in October. 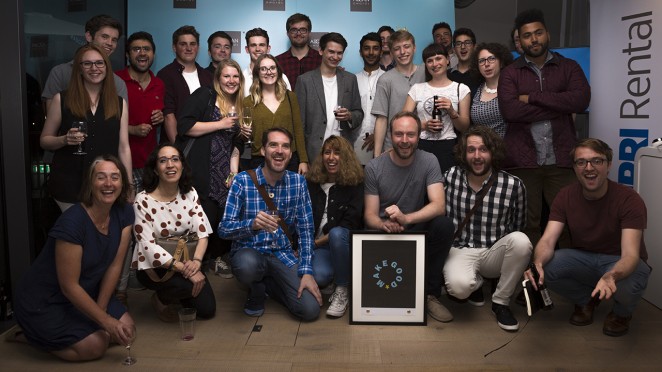 Steve Jobs once said, “People with passion can change the world for better.” ADCAN was founded on that belief by Dan Heighes, Brydon Gerus & Deborah Casswell who met whilst making world class work for Apple at Media Arts Lab. ADCAN has successfully mobilised the film and advertising industry to make a real difference and in 2015 was awarded a Points of Light Award from the UK Prime Minister David Cameron.

The ADCAN Awards have proved a veritable breeding ground for new talent and many of the ADCAN alumni have secured full time employment with leading production companies, such as ADCAN partners Rattling Stick and Partizan. The scheme has established a wide network of filmmaking experts who have offered support, stewardship and guidance to previous entrants. 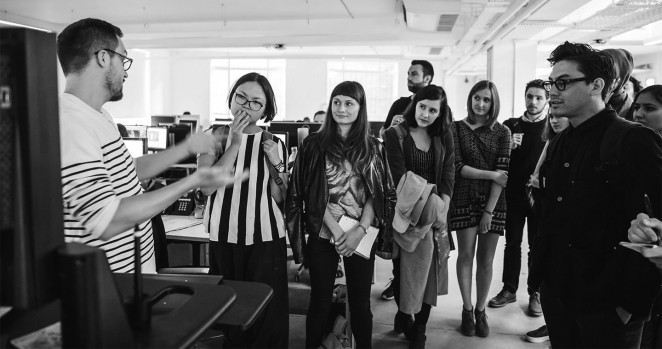 The competition is open now and all budding filmmakers should visit: www.adcan.com to download the briefs. 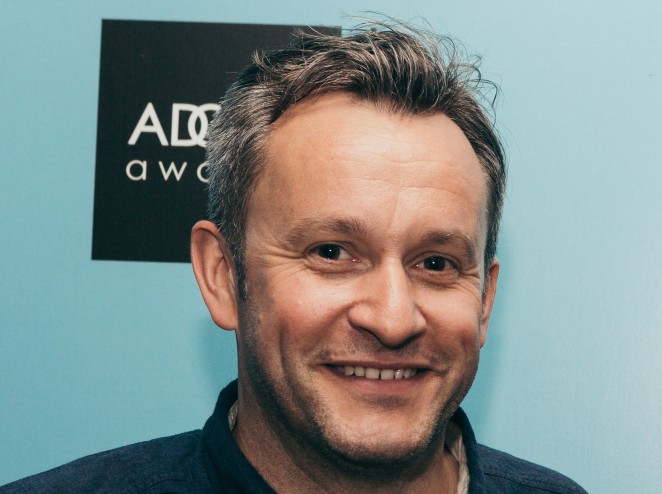 We caught up with Dan Heighes, a founder of ADCAN, to discuss the awards and ADCAN's role in championing “creativity as a force for good.”

Afternoon Dan. First of all, could you explain to our readers exactly what the ADCAN Awards is and what sets it apart from other film-making competitions?

ADCAN Awards is a free to enter, not-for-profit, charity film competition designed to get up-and-coming filmmakers and animators a foot in the door by answering live charity briefs. It’s WIN WIN! This years winners will be taken to LA for two days of workshops with our brilliant Judges and the awards show, whilst UK based shortlisted filmmakers (& winners) will receive a day of workshops & mentorship in London. ADCAN has lots of unique qualities. Perhaps the thing that sets us apart the most is the good vibes! We are here to champion CREATIVITY AS A FORCE FOR GOOD. Another is, we are an industry initiative, run entirely by a large collective of film and advertising Industry professionals and companies all rallying round this idea by donating their time and talents. Also, the briefs are all live, they are developed with the charity's so the films will go on to have genuine impact.

Can you explain a bit about your chosen partners for this year’s event?

We’re incredibly lucky to have some of the best & most awarded companies in the business as our partners. They understand the ADCAN philosophy and have truly taken us to heart. ADCAN partners & judges include Rattling Stick (in London & LA), Partizan & Nexus in the UK and they’re joined by Vice, Anonymous Content, Park Pictures & Psyop in the US. We also have a plethora of other partners who support us in every way from workshops (Work editorial, Wave, ARRI rental) to music (Hummingbird music & Micasso) to PR (Franklin Rae) to social marketing (Road block media) to legal (Lewis Silkin) to website builds & submission platforms (BEAM TV) & we couldn’t do what we do without the continued support of The Mill who not only run an incredible workshop, but host us & the awards show each year. It’s this family that makes everything possible & us tick.

Can you tell us about this year’s charities & briefs?

The ADCAN awards provide a way for filmmakers to take action and use their creativity as a force for good. The briefs cover THE REFUGEE CRISIS, GENDER EQUALITY, LGBT+ RIGHTS, THE ENVIRONMENT, DIVERSITY & FOOD WASTE. Of the six charities three are based in the UK and three in the US; The Helen Bamber Foundation - which supports refugees and asylum seekers who have experienced extreme human cruelty, The Fawcett Society - the UK’s leading charity campaigning for gender equality and women’s rights, City Harvest - who rescue surplus food and redistribute it to those in need, WERK for Peace - an LGBT charity set up in the wake of the Orlando massacre last year, Grid Alternatives - an initiative which provides solar electric systems to low income families, and NEDA - The National Eating Disorders Association based in the US. The briefs are all developed to be the most creatively inspiring and therefor impactful for the charities and the filmmakers as possible. We support the charities with social strategies to ensure any films they receive from ADCAN are used to their full effect and make a difference. Using creativity for good and giving new talent opportunity is the most important thing for us.

Does ADCAN offer any post-award encouragement and/or support to the victors?

ADCAN is a proactive industry initiative so we’re always happy to help. We pride our self on the community that we’ve created and that includes post awards support. We’re always available to our alumni for help & advice and have arranged mentorships, work through other opportunities and job introductions as well as shoot advice. All our partners actively encourage the filmmakers to stay in touch and offer advice and some, like Wave studios go a step further and offer resource to any projects that our filmmakers may be working on.

What is the process like for whittling down the entries from the good to the great?

The judges watch the films independently and each make a shortlist. They then come together and share their favourites and debate the winners. We had to resort to a blind vote last year on one category as the room was quite passionately divided. Generally when you watch the films as a group you can feel in the room which one is connecting with people and answering the brief, although we’ve had some great discussions. There’s also a Grand Prix and a People’s Choice award. On the night of the awards, everyone present votes on the ‘People’s Choice’ award before the judges choices are announced. So the potential is there for any of the films to win this. It’s always fun!

How many judges choose the winners?

Each production partner has one vote, so 7 in total. Some partners have 2 judges, but they only have one vote, so they have to agree internally.

As a founder, why, in your opinion, was ADCAN first created and what was it initially set up to achieve?

ADCAN was created for two main reasons; to give aspiring filmmakers an alternative to entering either expensive award shows or programs creating content for global brands for very little reward. We wanted to open up the industry and offer prizes that would actually make a difference to their careers. The second reason was to use creativity as a force for good. By connecting aspiring filmmakers and charities, we create something quite unique & powerful.

Has that original mission changed at all in the ensuing months and years?

No, not really. The industry support that we’ve received has been overwhelming and we’ve realised that our mission has never been so important, both in terms of creating fair opportunities within the industry and using creativity for good.

Why should people who are generally tentative to participate in competitions such as this get involved?

Firstly you shouldn’t see ADCAN as a traditional awards competition. It’s the industry creating opportunities and this industry is incredibly supportive and encouraging. We strive to ensure that ADCAN is a win-win situation for everybody. Charities are genuinely so appreciative of the films which make a big difference in the world and the Production partners are really keen to help aspiring talent.

The founders all met whilst working for Apple at Media Arts Lab. What industry knowledge do you think you learned whilst working there that you have carried across to your work for ADCAN?

Between the three founding partners we have more years of industry experience than we care to admit to, so it’s not necessarily Media Arts Lab but I think the three things we’d all agree to is: Never be scared to push your ideas; Involve your team and listen to them; Craft, take the time to make it the best you can.

Out of the previous winners, do you have any favourites?

We couldn’t possibly say, there’s been so many great films, both live action and animation and all for different reasons.

Finally, can you offer any hints or tips to filmmakers hoping to enter this year?

Firstly download the briefs and find one that inspires you. You have very few restrictions so be brave - push your ideas. Ensure your idea answers the brief (before you start making it). If it doesn’t, either tweak it or think again. Plan out your shoot or storyboards and how you’re going to achieve it. Quality always wins over quantity. Beg, borrow & steal what you need (well don’t actually steal anything, but you get my drift). Get active and start shooting or animating. Stick to your schedule and keep moving. Be tough with yourself when it comes to editing - focused & concise is best. Remember it has to be either 30 or 60 seconds long. A tight 30 is better than a drawn out 60”. Ensure you’ve followed the rules and have your charity’s end card on the film and have the necessary release forms. Submit by Aug 15th. That’s it. There’s plenty of time, so if you want to make a difference either to a charity or your career, get involved. 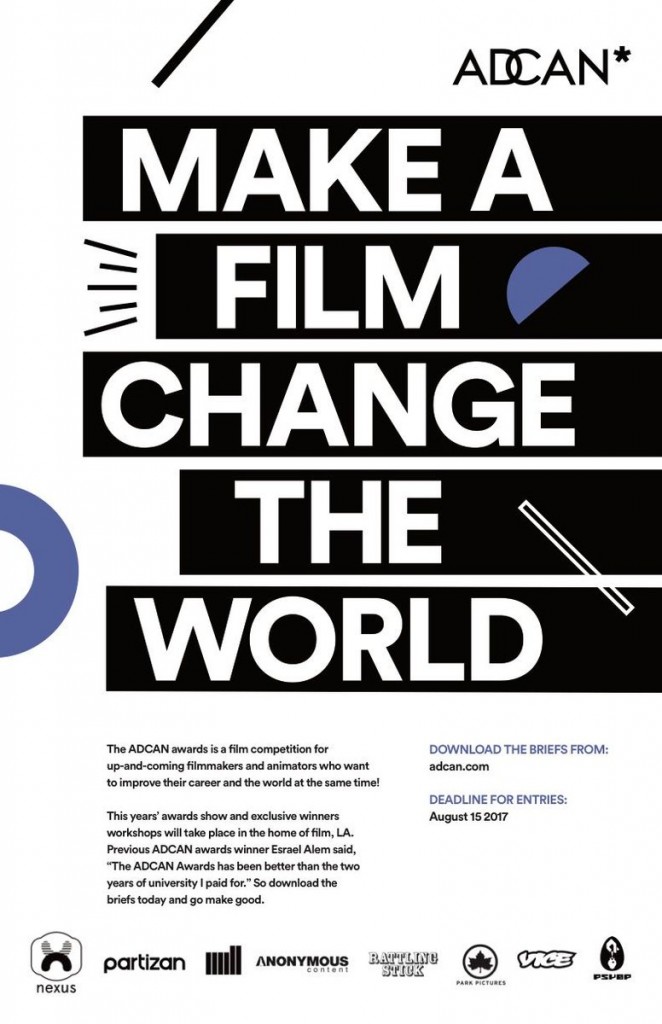