A year of OOH with Primesight

In 2017, Primesight continued to expand in the world of OOH with the introduction of InLinkUK, winning more airport media contracts and enabling more creative solutions than ever before

Here's a round-up of another incredible year:

Crowdwish, an anonymous social network which aims to bring to life the world's hopes, dreams and aspirations, is partnering with Primesight to promote The Wish. The book, published in February, is a review of the 99 most popular wishes ever actioned by the network, which has been granting wishes every 24 hours for over 1,000 days.

Bill Griffin, Crowdwish founder and author of The Wish, commented: "It's been great working with Primesight on the launch of The Wish. The digital 6 sheets are the ideal channel to showcase the book’s 99 different covers and the targeting environment is perfect."

Cross channel radio and DOOH synchronisation has yet to be widely used and this first ever fully automated approach was guaranteed to get the target audience's attention as Kia's advertising will simultaneously reach drivers on the road aurally and visually.

Syncing digital 48-sheets with radio playouts was the perfect way for Kia to reach their campaign objectives of driving coverage and reach of the brand nationally, as well as raising awareness of their Rio and Picanto models with targeted broadcast OOH. 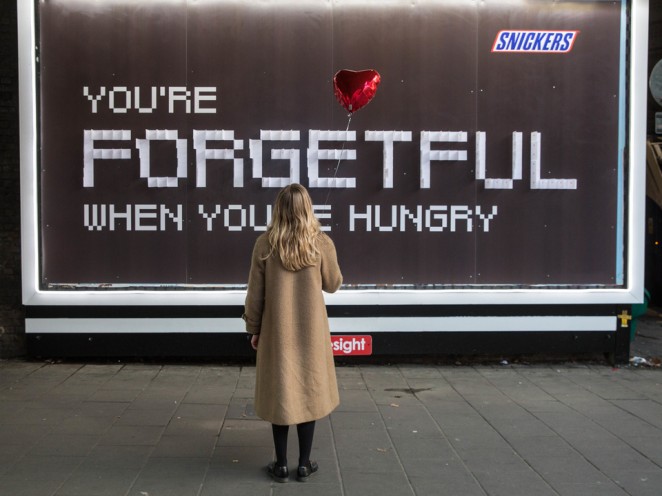 You're Forgetful When You're Hungry

A Valentine's Day experiential stunt took place at Waterloo station on Valentine's Day 2017, developed by AMV BBDO, Snickers and Primesight. Forgetting to buy a Valentine's day card for a loved one can be an off-game moment for someone who's a little hungry – and therefore forgetful – and so Snickers' 'You're Not You When You're Hungry' campaign swooped in to save the day.

There was one special interactive 48-sheet featuring the words 'Forgetful' made out of Valentine’s Day cards which anyone can peel off and take away to give to their Valentine. Two of the panels provide sequential messaging, directing people to the special build panel.

On the 15th and 16th February, more cards were available on the poster, reading 'Sorry I forgot. On the plus side, booking a restaurant should be easier. Happy Belated Valentine's'. 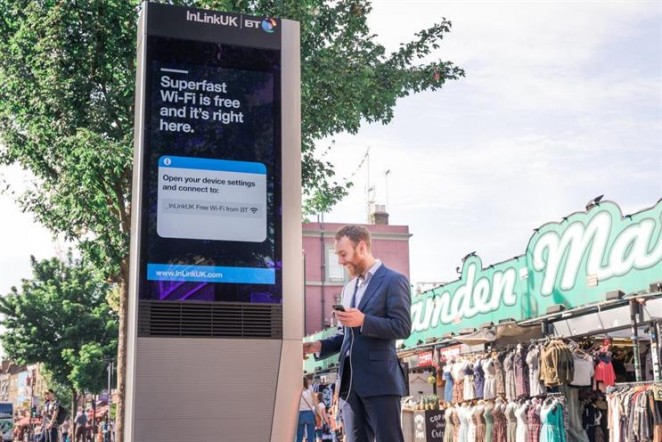 In mid-2017, Primesight was awarded the UK payphone contract, taking over 19,100 payphones and 2,250 6-sheet faces. In addition to this portfolio expansion, an exciting joint venture between Primesight and Intersection launched InLinkUK in partnership with BT.

The first InLink unit was launched in June 2017. Camden and Southwark were the first two councils to agree to have InLinks serving their boroughs with others to follow soon. One of the greatest benefits to advertisers and the public alike is that the InLink Wi-Fi is over 85 times faster than the average* public Wi-Fi! We're pleased to say that since launch over 11,000 users have signed up for the free Wi-Fi. 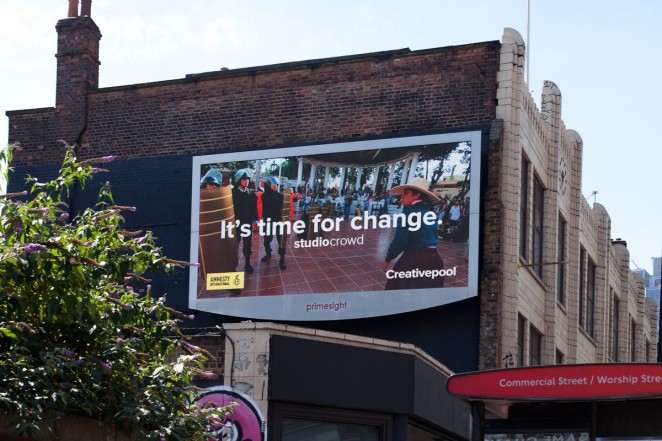 Disrupting the Creative Market with Creativepool

In June, Primesight partnered with Creativepool to amplify the launch of their expertly curated and fully managed crowdsourcing platform, studiocrowd.

studiocrowd aims to change the way creative work is sourced, presenting brands with the opportunity to source creativity from a highly influential external creative team of thousands, by engaging them in an entirely unique way to garner professional, authentic and diverse results.

Mark Henson, head of marketing at Primesight praised the partnership saying 'Out-of-home lives and dies by the creativity of design, messaging and copy showcased on our sites. We welcome the opportunity to work with platforms such as Creativepool to keep outdoor advertising front of mind for creatives everywhere.' 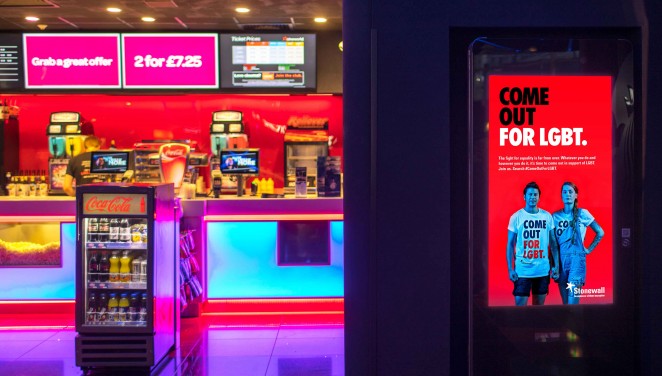 Come out for LGBT

In September, Primesight donating free media in cinema foyers across the nation, and on large format roadside in Cardiff and Glasgow to showcase the Mr President-designed work depicting the new slogan for Stonewall. The artwork includes a number of different creatives which all play on the meaning of 'come out': 'Come Out Sharing', 'Come Out Dancing' and 'Come Out Playing' are just a few examples, all of which include photos of well-known public figures.

Q4 2017 saw Primesight win the airport advertising contracts for Glasgow, Aberdeen and Southampton, with plans to invest £1.5 million in upgrading the digital estate and introducing new sites. With the addition of the new five-year contract, Primesight can now help brands reach a domestic audience of 136 million passengers.

The wins put Primesight firmly in the position of number one OOH media owner for airports and means the company now reaches 48% of UK airport audiences. With increasing creative opportunity and longer dwell time, brands (such as Star Wars below) can now fully utilise the power of the airport environment with Primesight. 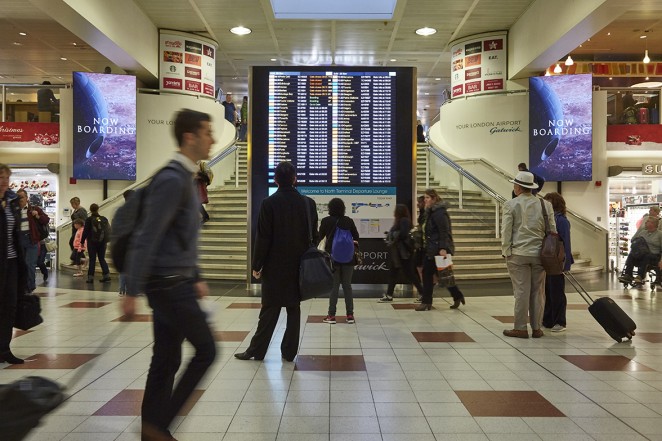 Rogue One wins Marketing Campaign of the Year

October saw Primesight congratulating Dufry-owned World Duty Free on winning ‘Marketing Campaign of the Year by a Retailer’ at the Frontier Awards for the Gatwick Airport ‘Rogue One: A Star Wars Story’ campaign.

Passengers were transported through the experience, greeted by floor-to-ceiling creatives promoting the film and driving customers into the WDF stores. The Gatwick Gateways dominated with floor-to-ceiling Stormtroopers as passengers entered the South terminal, followed by bespoke airport-related content at each stage of the passenger journey. The experience continued into the international departure lounge with exclusive Star Wars and Rogue One merchandise available in-store, alongside an exclusive virtual reality in-store experience to drive deeper consumer engagement.

Once passengers entered the international departure lounge, they found themselves in the heart of the campaign, with an experiential showcase of actual costumes from the film, surrounded by bespoke digital copy. As part of the digital domination of the airport, the Rotator Screen, the Pillars and the Landmarks in the lounge all featured bespoke call-to-action messages.

A Hotline to Santa

In December, Primesight announced a magical opportunity for advertisers to make the most of the festive season through its Call Santa hotline to the big man himself.

From 13th December, the InLinks’ main screens displayed directional messaging encouraging consumers to interact with an app on the tablet which allowed users to Call Santa directly using the InLinks’ free call service. They heard a pre-recorded message from Santa which gave them the opportunity to leave him a voicemail with their Christmas present wish list.

James Power, Head of Sales InLinkUK/BT at Primesight, said, "All throughout the year, the InLinks portray seasonally relevant content to consumers. This Christmas is no different with a hotline to Santa himself! This latest feature shows how versatile and innovative the units are and the clever ways advertisers can use them to capture the public's imagination."

We wish our clients, collaborators, and the creatives on Creativepool a very happy and OOH filled New Year!