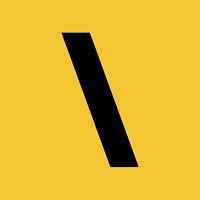 CONCEPT
Olís is the oldest petrol station service in Iceland dating back to 1927.
In order to celebrate the heritage of the company and reach a younger demographic we created a fashion line based on the company’s values and its vintage uniforms. We worked within the perimeters of Norm–core fashion where the mundane and work–wear are brought into the fashion world.

EXECUTION
Various clothing items were designed in–house at Pipar\TBWA, ranging from socks, caps and T-shirts to a very nice knit pullover jumper (which sold out instantly and became a much sought after item amongst teenagers). We photographed a fashion editorial, ran a pop-up store for a weekend and put up an e–commerce site for the merchandise.

For the launch of the clothing brand we got the Icelandic rapper Hr. Hnetusmjör (Mr. Peanutbutter) to wear the knit jumper during his performances at the city of Reykjavík’s birthday party, which is the largest annual festival in Iceland, attended by roughly 1/3 of the nation.

Hr. Hnetusmjör performed three times during the day, culminating in his headlining slot on the big stage, which is attended by thousands and broadcast to every home in Iceland. Hr. Hnetusmjör wore the jumper all day long, posted pictures of himself and fans throughout the day and created a buzz on social media.

RESULTS
The launch stunt with Hr. Hnetusmjör had an immediate social impact. It got a huge online response via social channels and the purpose, to make a positive brand impression to a younger demographic, was fully accomplished.

Immediately following the campaign Olís’ customer satisfaction metric, as measured by the Icelandic Customer Satisfaction Scale, took a leap up from 63,6 to 71,4, a higher score than the competing brands that offer the same service.

Pipar\TBWA has been a Contributor since 25th November 2015.