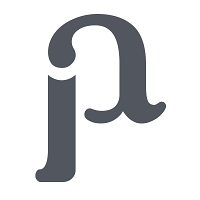 We Hunt Together tells of two couples in a provocative new take on the cat-and-mouse thriller. The killers are hunting their victims: the detectives are hunting the killers and the streets are their hunting ground. Love and murder interlocked in a dance to the death.

We Hunt Together is different. It’s a complex and well-crafted character-led thriller. It’s contemporary and unique in style. It’s modern, thought-provoking and edgy.
The opening titles needed to encompass these themes and invite the viewer into this dangerous, beautiful, multi layered London.

The title sequence is set in a world of glowing neon where predators hunt together in the shadows. A tale of complex characters and the vibrant, violent world they inhabit. There’s a heightened reality to this world, which we see through our characters eyes. A fantastical setting of glowing colour and neon light.

To create the neon-lit London we commissioned bespoke photography that captures London locations that are specific to the show in order to maximise the look and create something unique.
To achieve this we collaborated with Eugene Tumusiime, a new and upcoming Photographer, Art Director, and self-confessed Nightcrawler, who specialises in transforming London at night into vibrant neon.
The images and colour palette express that off kilter under belly setting - that North London Noir - to create a distinctive look with a kinetic energy to seduce the viewer.

Predatory animals form the alter egos of our four main protagonists, creating a face-off between predators. As one pair runs, another pursues. These fierce predators appear without warning, much like the bursts of violence that happen throughout the show, catching you off-guard, making you feel unsettled and uncomfortable.
Buzzing street lights flicker and neon lights burst to create hidden messages of the violence and danger that is ever-present.

The production started with a number of night shoots around London to capture a neon city after dark. We then animated the photography to bring the images to life. We also animated a number of neon signs that served as a way of incorporating hidden messages throughout the sequence. Finally all the footage and animations were edited together using dynamic transitions and aggressive cuts to evoke an appropriately discomfiting reaction.
Small visual touches, including a nod to cult film & print references, were included to heighten our visual style, helping to set the mood and put viewers slightly on edge.

The track by a band She Drew the Gun, which is ironically called Paradise, establishes the sense of danger, and otherness about our world and our characters.
This is a place you don’t usually go or see on television.
So strap yourself in.

Peter Allinson has been a Contributor since 25th November 2015.