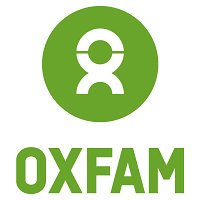 For the Dressed by the Kids 2017 campaign, Click Consult was asked by Oxfam to build upon the success of the previous year’s campaign and to promote awareness through social media, online influencers and blogs. Leading the campaign, I was able to acheive this through my expertise in creating and nurturing blogger relations, social media and video creation.

Through three waves of outreach I contacted 594 bloggers to generate engagement and register interest for participation in the event. I created social factsheets to ensure that the bloggers had accurate information about Oxfam and the event, and how they could participate effectively. I maintained relationships with the interested bloggers in the months leading up to the event, while they built hype and conversation on social media. I monitored the impressions for the campaign hashtag across Facebook, Twitter, YouTube, Google+, and blog posts.

The target was to improve on last year’s ‘Dressed by the Kids’ campaign and the results in 2017 were very promising. This year's campaign saw an increase that nobody could have predicted. Looking at the headline figures for the campaign in terms of the assets, bloggers and impressions, it is clear to see that the targets were surpassed, with an enormous 2440% improvement. This has led to a huge increase in both the visibility of the brand and the donations.
Here is the video I created to generate interest in the first weeks of the campaign. The goal of the video was to show last year's event off as a great success and a fun event to be a part of. In testing, the bloggers I emailed were five times as likely to register interest in the event if they were shown the video.

As well as filming and editing the new video elements, I also uncovered the year-old social media posts from it's participants and incorporated them into the video. Part of this process involved reaching out to each featured participant and asking for their permission to have their images used in this way.

This campaign was recently recognised as outstanding, winning the Best Charity Campaign at the Drum Search Awards 2018.