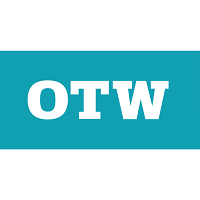 If you’re the world's leading construction equipment company, with a vision of building the future, how do you tell everyone? Volvo CE previously published Spirit magazine that reached 100,000 customers, but from a macro perspective, building tomorrow’s projects would draw many competing brands, rarely Volvo. Therefore, to reach both new and old customers, The Megaproject Listing editorial format was created.

Volvo CE also needed to build long-term brand preference. We focused on increasing the reach of the content to a large general public and then targeting specific content to two defined groups – decision makers with purchasing power in the construction and civil engineering industry, and machine operators.

The most important internal measurement is the "super slide" shown at management group meetings at Volvo CE that compares each new megaproject with previous ones. By continuously measuring and subsequently optimizing messages and content, each campaign has beaten the previous one in scope and performance in the most tactically important markets. Our teams developed new formats and the original goal was gradually transformed into a two-part objective: breadth and effect on the two priority target groups. An interim goal was also set to gain international representation in the projects.

The channels consist of a digital content hub that includes purchased channels, YouTube, Facebook Network and LinkedIn, as well as a print magazine. Each megaproject is published in its entirety (mobile, text and image) on the hub and then distributed to target groups via social channels and custom formats. The content is then collected in the printed magazine twice a year.

Each channel has its own function. Volvo CE's website for all content boosts Volvo CE’s own website, while other channels also drive traffic to the site. The print magazine gathers the content and reaches the core audience.

Today, even though the redesigned magazine reaches 81,250 readers per issue, it is now the tail end of a digital content strategy where 36 million people are reached annually via social channels, and where 540,000 unique visitors consume the material at the website. Volvo CE has gone from micro to macro and has taken a leading position in the industry with its communication.

The biggest result is not that the budget for four magazines' now suffices for a whole multi-channel concept. The formats have made a huge impression and even changed how Volvo CE’s competitors work. In megaprojects, such as the construction of Egypt's new capital, or The New Silk Road, numerous brands contribute. When Volvo boldly took the lead on the very largest projects in The Megaproject Listing, its German and American competitors followed suit with more or less successful spin-offs.

At the same time, Volvo CE has set sales records, and seen a strong brand boost in industry measurements. Since start, the program have contributed to reposition the brand within the prioritized segments innovative (16% increase) and leading industry experts (17% increase), according to Volvo CE:s Global Brand Tracking Report. Internally too, the figures recorded suggest that there is a great deal of pride in the project. Spirit and the Megaproject Listing may not play the leading role here, but the investment has been the clearest communicative guiding principle in that the company - true to its vision - really builds the future.

OTW has been a Contributor since 25th November 2015.

The Megaproject Listing by Volvo CE