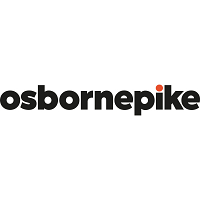 Little known outside The Netherlands but a local jewel for the world’s biggest brewer AB InBev, Hertog Jan is famous for its much-loved Pilsener, as well as a range of speciality beers including Bocks, wheat beer and Belgian-style ‘Abbey’ beers.

Head Brewer Gerard van den Broek is especially proud of Hertog Jan’s Quadrupel, known as ‘Grand Prestige’ and marketed as a beer to be savoured, perhaps after a period ageing in the bottle. Soon after ABI’s takeover of Chicago's legendary craft brewer Goose Island, Gerard wasted no time getting an invitation to witness the creation of their ‘Bourbon County’ stout, a pioneer of barrel-aged beer in the USA.

With an already famous strong beer, it made perfect sense for Hertog Jan to create its own barrel-aged limited edition, so in Spring 2017 Grand Prestige ‘Vatgerijpt’ was born. The first range consisted of 4 variants, aged in Cognac, Bourbon, Port and, uniquely, Bourbon County ‘third use’ barrels.

From the outset ‘Vatgerijpt' was created as a brand experience. Released on a specific day at the brand’s craft brewery in Limburg, guests are treated to Gerard’s story of the concept behind each year’s production, followed by a tasting of each beer in the range and the chance to buy - in strictly limited quantities.

For 2019 'The anatomy of taste’ concept involved partnering with 3 renowned distillers of Jenever, a traditional local spirit with famously intricate recipes, involving multiple distillations of malt spirit with a wide variety of botanicals. The resulting beers are especially rich and complex, which we reflected in design through textural print effects and garlands of ingredients, beautifully illustrated by Tom Lane at Ginger Monkey.

We hope and believe that our work contributed to record sales of 6,500 bottles on the launch weekend, and the remaining 26,000 through the webshop within a month.

Osborne Pike has been a Contributor since 15th April 2016.