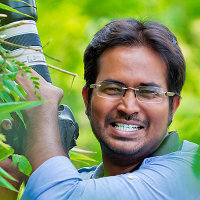 ‘Poradaha Mela’, a 400-year-old traditional fair was held at Poradaha in Gabtali upazila of Bogra district. Hundreds of people took part in the largest fish fair of the district. Every year around 60-70 thousand people attend the fair in Poradaha. The main attractions of the fair are various types of fish from the sea and rivers. Imported fish is also available in this fair. Bamboo, cane-made products, and many other things are also available in the fair. Locals in Poradaha, mostly from the Hindu community, arrange this traditional fair every year between the Bengali months of ‘Magh’ and ‘Falgun’. Puppet shows, circus, etc are also arranged to entertain the visitors. Different types of sweetmeat, handicrafts and precious wooden items are also sold at the fair. ‘Poradaha Mela’ has become a grand occasion for people of 12 upazilas of the district and also other parts of the country. Many species of fish such as ‘Baghair’, ‘Boal’, ‘Rui’, ‘Katla’, ‘Mrigel,’ etc were brought for sale at the daylong Poradaha Mela on Wednesday. Vendors said a ‘Baghair’ fish weighing 120 kg was sold at Tk 1,80,000 while a 50kg Boal fish was sold at Tk 90,000. ‘Katla’ fish was sold at Tk600- Tk1,200 per kg and Rui fish was sold at Tk800 to Tk1300 at the fair.