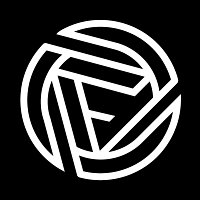 Christian Louboutin 'The Night Before Christmas'.

Once & Future collaborated with shoe designer and luxury brand Christian Louboutin on a special campaign for Christmas 2017, combining live action with 3D animation to make a promotional short film and series of supporting visual collateral for cross-platform delivery.
The cornerstone of the campaign was a show-stopping 1 minute film, a classic and enchanting Christmas tale filled with festive spirit and signature Louboutin charm.
Set in a wonderfully stylish Parisian apartment on Christmas eve, we follow the adventures of a group of wooden Christmas tree decorations who come to life with magic, and mischief. They discover a mountain of beautifully wrapped presents under the tree, and gleefully unwrap them to reveal a variety of exquisite Louboutin gifts within. A climactic finale is reached when the apartment’s owner returns home to discover her Christmas tree to have been wondrously and mysteriously re-decorated, each branch laden with glittering products. An enchanting moment for all Louboutin lovers!
Working in close collaboration with Louboutin’s visual identity team, Once & Future were tasked to bring the concept to life developing an initial script through storyboard, 2D and 3D animatic phases, before planning, and directing a live action shoot in Paris, and carrying out an intensive period of animation and post production back at our London studio.
A key challenge of the creative brief was to develop a set of characters based on original sketches from the Louboutin Visual Identity team. The characters, inspired by traditional Spinning top toys, became affectionately nicknamed the Toupies (French for spinning top). We developed the Toupie designs into three dimensions, modelling, rigging and surfacing each with its own unique look and personality, echoing materials and motifs found across the Louboutin product range.
The live action shoot took place on location in a luxury Parisian residence and called for a careful planning, especially for the numerous motion control shots and in camera practical effects. Shot footage plates were then tracked, and prepped for animation and visual effects and grading. A digital Paris skyline and apartment exterior was created to top and tail the sequence. The film was completed with an orchestral score and sound effects.
The campaign was further expanded through a series of digital marketing assets consisting of motion and still content, which unrolled throughout the Holiday season across the Louboutin website, social media channels, email marketing and special event e-vites as well as content for in-store POS and window displays.
The campaign was a huge success, instantly loved by followers of the brand it achieved over 6 million instagram impressions, and genuine brand engagement racking up thousands of comments and shares.

Add yourself to this project
Annual 2018 ShortlistThe Night Before ChristmasAdvertising: Digital Project featured: on 31st January 2018

The Night Before Christmas