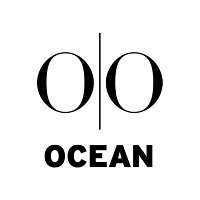 Air pollution contributes to one in 20 deaths in the UK. And yet 63 percent of people dismiss air pollution as a danger because it is invisible.

Energy supplier E.on wanted to raise public awareness and encourage a move towards cleaner living by showing people just how much at risk they are to pollution by making the invisible visible.

Engine created an interactive campaign for E.on using Ocean Outdoor’s digital out of home Loop screens in Manchester and Birmingham.

Planned through Vizeum and specialist Posterscope, the dynamic campaign was carried in October 2019 across six handpicked city centre screens.

To demonstrate adverse health effects, each screen was configured to pull in live pollution data from the immediate surroundings.

Passers-by were invited to see how bad the pollution they were breathing in was by standing on a floor vinyl in front of the screen. The act triggering a mirror image of themselves on the screen to personalise the danger.

A live pollution measure was then displayed, together with an augmented reality pollution filter, giving a visual representation of particles in the atmosphere linked to the live data.

Ocean used facial positioning to add animation over people’s faces to show the particles they were breathing in and out, demonstrating the risk to children in particular by emphasising how pollution is worse the nearer to the ground you are.

Each demonstration ended with the message that E.on is tackling the problem by installing ultra-fast Electric Vehicle charging points.

In a series of vox-pops, the public expressed their surprise and concern as to the level of pollution they were being exposed to.

Add yourself to this project
Annual 2020 ShortlistE.on - It’s Time to Clear The AirOOH Project featured: on 2nd September 2020 Contributor:

Ocean Outdoor has been a Contributor since 25th November 2015.