Whilst it has received something of a critical mauling and is the kind of concept that will cause more than a few adult eyes to roll (especially if they’ve been dragged along by the scruff of the neck to see it), The Emojii Movie at least offers up some interesting potential as far as marketing is concerned, even if it is one of the most cynical and bland feature films of the year (if the critics are to be believed). The animated film, which is set in the world inside your typical smartphone, and features a diverse cast of star voices includes TJ Miller, James Corden and Sir Patrick Stewart (as a talking poo no less), has a concept that naturally lends itself to mobile activations, of course, but far more interesting stuff is happening in the realms of OOH and beyond. 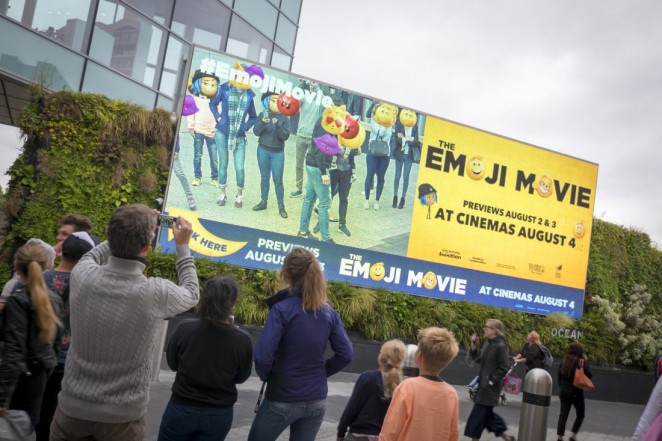 Sony Pictures have chosen to mark the release of its family film on August 4 with an exclusive interactive campaign on Ocean’s Eat Street screen. Created by Feref and planned by MGOMD and Talon, the #EmojiMovie uses Ocean Outdoor’s in-built LookOut facial detection technology to sense when people are looking at the screen, then tracks their faces and superimposes different emoji characters from the film onto their heads, creating a reactive augmented reality experience. Taking things one-step further, the intelligent technology will also trigger different emojiis according to the participant’s gender and mood. The campaign, which is also supported by vinyls on the Southern Terrace at the Westfield London location, is a bit of a no-brainer really, but it’s perfectly on message with the film and should prove a hit with the target market; bored children on their summer break and parents struggling to find ways to keep said children occupied. 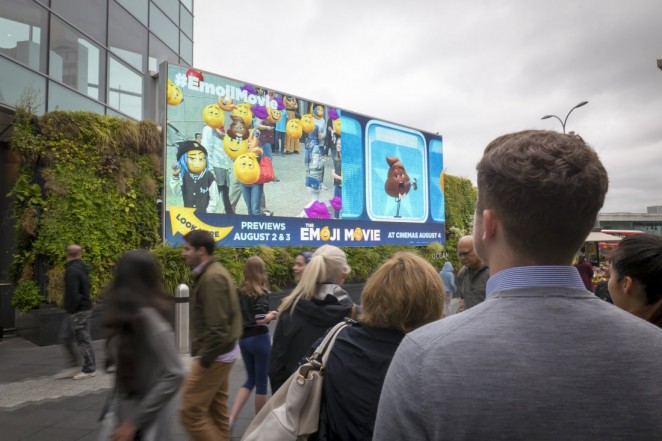 Stuart Williams, marketing director at Sony Pictures Releasing International, said: “Our challenge for this release was to bring to life our Emoji characters making them front and centre of the campaign. The activity at Westfield is a great example of how we can do this in a fun and engaging way while simultaneously delivering entertainment to families during the holidays.” Head of Ocean Labs, Catherine Morgan, added:  “This campaign is a great example of how LookOut technology can be used to create a fun and passive interaction that can be enjoyed by multiple participants at the same time. Ocean’s pedestrian based large format screens are AR ready, offering this kind of immersive interactive experience as a scalable solution.”

“Our aim with the emoji campaign is to put a smile on everyone's face, with this tech we have, literally :-)”

Another interesting activation based around the self-knowingly quirky kid’s film comes courtesy of Kerry Foods, who have created a new campaign to tie into the launch of the movie for their Yollies brand. The TV campaign will encourage families to, “Express Your Selfie” for the chance to win prizes as part of an on-pack promotion across the Yollies, Cheestrings and Scoffies product ranges. The creative begins with the image of a mobile, which zooms into the world of “Textopolis” from the movie, and a moving billboard. This shows kids and their parents that The Emoji Movie props will be available in every pack, on top of the chance to win additional prizes. All entries are submitted into a daily prize draw to be in with a chance of winning The Emoji Movie merchandise including lunch boxes and stationery sets. To enter, consumers must simply create their best emoji-worthy expressions with the props provided (or not), and upload it for a chance to win daily. 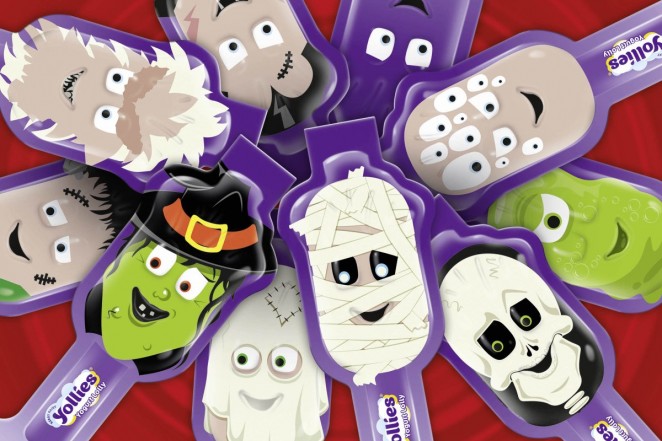 Victoria Southern, GB Marketing Director at Kerry Foods, said: “Yollies is already an incredibly popular brand and growing at an exceptional rate since launch three years ago. The new TV creative, which showcases the partnership with The Emoji Movie, is perfect for the fun-filled kids’ yoghurt brand. We are delighted with the latest fun and quirky campaign which is in keeping with the movie, but also drives awareness and stimulates demand for Yollies, driving sales for retailers as well as incremental growth for the category.” 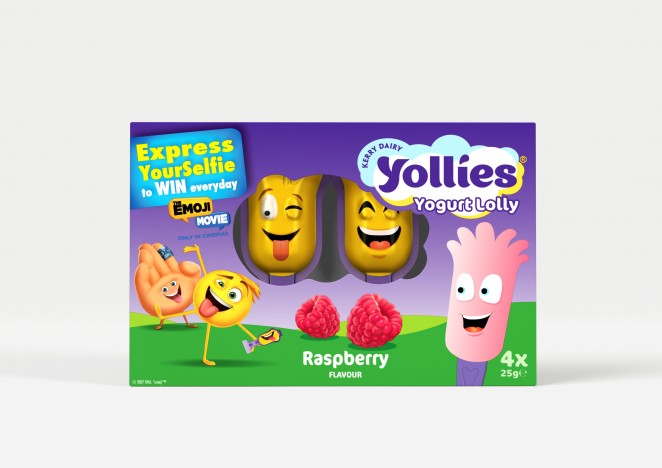 If there are any other clever campaigns tied into this most bizarre and undeniably unique (whatever else you want to say about it) film that I might have passed over, please feel free to let me know in the comments below.

Benjamin Hiorns is a freelance writer and musician from Kidderminster in the UK who probably won’t be seeing The Emojii Movie.