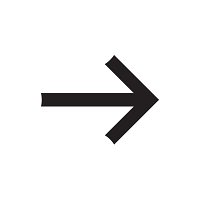 The LCR (Liverpool City Region) Pride Foundation was established in 2019 with the aim of making the Liverpool City Region the most LGBT+ friendly region in the UK. The organisation champions the rights of LGBT+ people living in and visiting the region, as well as nationally and globally. It fights to highlight the daily barriers they face and aims to create an inclusive culture for all to enjoy and participate in through a diverse programme of events, initiatives and campaigns.

The foundation was established to fill the gap left by Liverpool Pride and extend what had previously been offered outside of its annual festival weekend, throughout the year and across the whole of the Liverpool City Region (Liverpool, Knowsley, Halton, Sefton, Wirral and St Helens), inclusive to all parts of the LGBT+ community.

The LCR Pride Foundation’s inaugural programme included a number of diverse ‘products’ including Film with Pride, its annual festival, now named ‘Pride in Liverpool’, March with Pride, and the LCR Pride Awards. It also brought a number of existing LGBT+ events and activities under its umbrella, such as St Helen’s Pride.

The new organisation engaged Nonconform to create a strong visual identity that set it apart from previous organisations, underpinned its organisational objectives and could be applied effectively to all of its products, events and areas of operation.

We set out to create a cohesive and inclusive brand family that would unify all of its independent events and that was instantly recognisable to and engaged with the LGBT+ community and its allies.

The organisation’s inaugural theme was ‘Come As You Are’. This theme was designed to illustrate the new organisation’s overall mission and founding principles of inclusivity and collaboration. It called to all people, regardless of where they are from or how they identify, to take pride in their identity and unite in the spirit of friendship, love and respect.
Central to the organisation’s overall brand identity were the event and product logos. Each featured a bold new font accompanied by a relevant brushstroke icon in rainbow colours. The selected typeface is Anteb, a unique sans serif chosen for its originality and legibility, both important considerations when trying to communicate to a vast and diverse audience.

While crafting the word ‘Pride’ as part of the brand, we chose all caps to help make the word immediately obvious and recognisable. We then customised a version of Anteb and tailored the type to physically ’stand taller’, making it prominent and friendly - all qualities that reflect the new brand proposition.

Rather than a traditional rainbow flag pattern in the icons, with defined barriers between each couple, the colours were blurred together to reflect the foundation’s aim to address division inside the LGBT+ community and out.

The visual identity for the theme was designed to reflect the inclusivity of the Liverpool City Region’s LGBT+ community. Its typographical banner, created from brushstroke fonts, with letters represented in various shapes and colours. This was intended to highlight individuality and different ‘authors’ within the community, coming for all walks of life. This was presented alongside a striking mosaic of a face, made up from images of people within the LGBT+ community, along with supporters and allies.

As a collective image, the visual identity symbolised collaborative strength, strength in numbers and a community coming together with a singular purpose and speaking in one unified voice.

The new brand and theme was applied to all properties, such as organisation stationery, website, volunteer t-shirts and sponsorship packs. It was also used on event collateral, from banners and signage at the ‘March with Pride’ muster point, on promotional posters and billboards.

The rainbow icons in shapes including a heart, stars, asterisk, cameras and landmarks relating to participating regions (such as the St Helens ‘Dream’) were used alongside other brand collateral and alone, the style and colour clearly linking back to the organisation. The ‘star’ icon was incorporated into the design for the Awards with Pride trophies and symbolic gold pin badges to mark the inaugural event.

As part of the organisation’s suite of assets, we also created a number of “supported by” and “We’re with Pride” endorsement badges, to highlight events receiving logistic or financial support from the organisation, and also highlight businesses and organisations providing formal support to the foundation and its aims.

In less than 12 months, the brand has become firmly established in the city region, as the foundation delivered/supported LGBT+ focused events in five of the Liverpool City Region’s six boroughs.

The brand has also since been adapted to support the launch of organisation’s intention to bid for the 2026 ‘Gay Games’, with the full support of the LCR Combined Authority and Metro Mayor.

This branding was created in a similar way to the main foundation brand. We started by exploring symbols that have been synonymous with athletics competitions for decades. We once again put the ’tall’ version of the Anteb typeface at the centre of the identity. Yet, this time round, we made sure the ‘LCR’ and the ‘2026’ were just as prominent, to focus on the inclusion of the whole Liverpool City Regions as the host of the games and the year.

The running track became our symbol for the identity because it has enough versatility to be expanded across the brand eventually and we were able to use the race track lanes as the stripes of the conventional Pride flag colours - again - ensuring the brand would be recognisable.

Using a strong visual identity to connect its full programme of events and campaigns with its founding mission and principles, the organisation delivered its first ‘Pride in Liverpool’ and the ‘March with Pride’ which saw 12,000 people turn the streets of Liverpool rainbow - the largest Pride march that the city has ever seen.

The organisation was shortlisted in the ‘Community Cohesion’ category at the LCR Culture & Creativity Awards 2019, with its strong visual identity recognised for playing part in the foundation’s successful first year.

Add yourself to this project
Annual 2020 ShortlistLCR Pride Foundation - "Come as You Are"Branding Contributor:

Nonconform has been a Contributor since 25th November 2015.

LCR Pride Foundation - "Come as You Are"