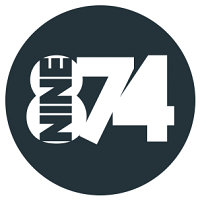 We created the ‘Many Hands. One County.' Social Media campaign in the lead up to the largest sporting event in Ireland, the GAA All-Ireland Senior Football Final. Dublin played Tyrone in Croke Park, Dublin, in front of 82,500 spectators and a national audience of 1,137,500 (with more internationally). The GAA is the largest amateur sporting organisation on earth and thrives as a community and sporting association.

CONCEPT
Tyrone, known as the Red Hand County, has a strong community and volunteer ethic and it was from that the idea for ‘Many Hands. One County.’ was born. We at Nine874 have always been more interested in the holistic identity and community that the GAA as a whole builds. Be that at Club, Parish, County, Provincial or national level. To us, it's about more than the games, it's about people.

EXECUTION
We wanted to reflect the real beating heart of Tyrone GAA. The concept and process were intriguingly simple. With a short window between Semi-Final and Final, we photographed people from across Gaelic Tyrone and their image, very deliberately labelled with nothing more than their name, their Club, ‘Tyrone’ and the Tyrone and Club Tyrone crests, then posted on the various social media platforms.

It was never about screaming out a message but about allowing the imagery, the ‘face-and-the-name’ to do the talking.

RESULTS
Over 140 images were posted up and had over a million engagements in the 10 days before the final. The initiative was also widely picked up and covered by our national print and broadcast media.

Many Hands. One County.