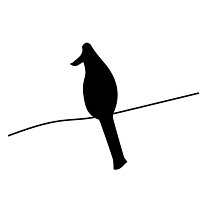 Concept
The add taps into what kids are actually doing with their time these days and how they are playing. Fanta has always been about play but when you try to do 'play' it comes out forced. So they asked 'what is play to kids these days'. Kids have grown up on the internet and where they play the most is on youtube, tiktok, vine etc. Basically kids are online being idiots and filming it and they are doing amazing stuff. They're already better editors and comedians than half the people getting paid to do it. So the campaign celebrates all these kids being idiots online - and in turn all kids.

Music Approach
The commercial has a lot of serious montages of training and getting ready to begin with, like a Nike commercial. In those commercials, the music is always a huge part of it. We knew we had to do something similar or better than what they do. We needed to balance drama and energy but at the same time make it so serious and epic that comedy bursts through when we get the final reveal of what these kids are actually training for. So starting very delicate and dramatic, and then building and building until we hit a powerful crescendo for the final 'idiot clips'. For the comedy it was so important that the music was really powerful and epic to juxtapose the dumb things that are actually happening.

Execution
We decided to go an orchestral route, recording music using string samples and choir samples. When we listened back with the picture it really added to the humour. After some thought on it, we figured - these kids are putting themselves on the line with these videos and giving it 110%, so why don't we do exactly that. So we took our track, and got our composer Brice Davolli to write the entire piece onto score and we recorded it with a 38 piece orchestra in Macedonia.

When we listened back we felt we had hit a winner, but tried to think of what we could do more. We had used choir samples for the idiot clips at the end of the film which just random words in Latin. When we played it back to the creatives, one of them - Paddy Thunder - thought the choir were singing "idiots" - which they weren't - but we thought that was hilarious. So we had a chat about how idiotic we could take this. After very short conversation we decided extremely idiotic. So we went back to our friends in Macedonia and recorded a 24 piece choir singing "idiots we are, yes" "idiots for life, yes" "Fanta Bibus"('give us fanta' in Latin).

Result
If you listen to the music alone, it is a very serious, beautiful orchestral piece which ends with a dramatic, powerful choir. Only at the end do we hear the choir singing "We are idiots". It is a serious piece with a comedic finish. Like the film, the music is comedy hidden in a trojan horse of seriousness. I think this campaign was particularly poignant to us at Birdbrain because at our core - yes, we take our work seriously, but we are not serious people, no matter how hard we try.

Add yourself to this project
Annual 2020 SilverFanta - In The Name of PlayMusic & Sound Project featured: on 3rd July 2020 Contributor:

Niall Rogers has been a Contributor since 25th November 2015.

Fanta - In The Name of Play