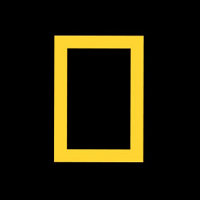 On 14th May 1997 the world’s first airline alliance was launched by five founding airlines. Twenty years later, Star Alliance has grown to 28 member airlines and has connected over 2 billion people. In their 20th Anniversary year, our job was not to conventionally mark yet another, forgettable, corporate birthday. It was to reframe air travel. Which for frequent, high value, business travellers, had become a logistical, necessary evil.

Investigating the human, social and cultural importance of international connectivity, we discovered in a study from Columbia University, that success in today’s world directly correlates with travel. People who have international experience or more international cultural backgrounds are better problem solvers, displaying more creativity. They are more likely to create new businesses, products, or be promoted. This inspired us! In the recent climate, with some becoming more averse to ‘differences’, dividing the world into ‘us’ and ‘them’ and building walls, we realised that these are in fact incredible times to explore and embrace the world around us. So we set out to unlock this insight, inspire more experimentation, reveal great cultural stories and bring to life how rewarding cultural curiosity can be.

With a budget of around £650k (including seeding media), we were tasked with amplifying our member airlines brands, reviving the romance of travel and encouraging people to fly more on the culturally diverse Star Alliance network.

So how do you inspire the most seasoned of frequent flyers? In partnership with National Geographic and The Wall Street Journal, we took their most travelled journalist, Robert Reid on a journey of discovery. Challenging him to take on five unique cultural experiences – from getting in the ring with a Muay Thai martial artist, to building himself a home in -50°C, all selected by five founding airlines.

It turns out that the man who’s seen it all, hasn’t… and in a poignant documentary-style travel series, celebrating 20 years Connecting People and Cultures, Star Alliance re-kindled the passion for travel.

In the words of Robert Reid “When you allow yourself to embrace something different, it embraces you…you will find experiences, and cultures and friendships and lessons that can change your life…”

National Geographic has been a Contributor since 25th November 2015.