Ketchum were the big winners in the PR Lions last night. The global PR firm and its subsidiaries won 11 PR Lions last night, including two Gold Lions for handling PR for the Cheetos Museum campaign for Cheetos, and a Gold for its work on Care Counts for Whirlpool. The Fearless Girl from McCann, meanwhile, continued its Lions domination, adding another Grand Prix win to its haul (it also claimed a Grand Prix in Glass and Outdoor categories). The in-house communications team at State Street Global Advisors is credited with handling PR for Fearless Girl. The statue of a little girl defiantly staring down the Charging Bull on Wall Street, which appeared on March’s International Women’s Day, has been credited with driving awareness and conversation about female empowerment – and $7.4 million in publicity for State Street. Several PR chiefs tipped that campaign as a big winner and it appears they were right on the money. 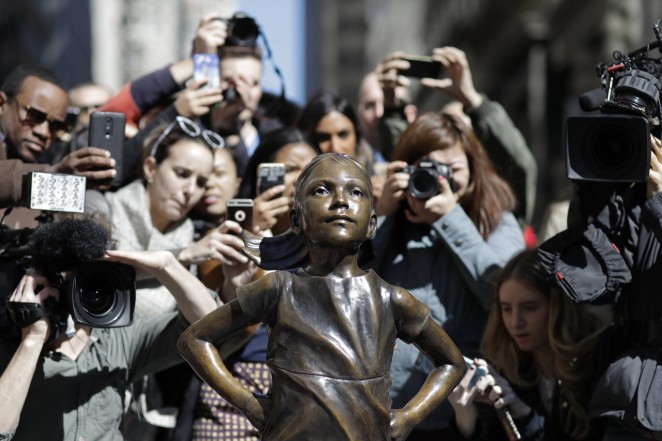 Among other PR agency wins:

Edelman won two PR Lions, both Bronzes, for the Worlds Apart campaign (below) for Heineken (credited to the agency’s London office).

Radius Kommunikation of Copenhagen won three Lions (one Gold and two Silver) for The DNA Journey for Momondo.

PR agencies won significantly more Lions this year than last, following a change in the process that allowed entrants to credit the agency, agencies, or in-house teams that handled PR for the campaigns; if the campaign wins a Lion, that agency is deemed a Lion winner. The definition of PR was also revised. Omnicom Public Relations Group CEO Karen van Bergen was president of the PR Lions jury this year. Just seven of the 100 PR Lions awarded had a PR agency listed under “idea creation,” which is roughly the same proportion that won PR Lions last year (five out of 84). None of the seven won Gold.

#Nuggsforcarter for Wendy’s (Ketchum Atlanta) – one Silver and one Bronze

Other PR agency wins in the PR Lions included:

Giusti Comunicacao Integrada of Sao Paulo won two Silver Lions, one for Braille Bricks for Dorina Nowill Foundation for the Blind, and the other for Woman Interrupted for Institucionl

Emanate of Munchen, a Ketchum conflict agency, won a Bronze Lion for the Mannschafts-Whopper campaign for Burger King

Het PR Bureau of Amsterdam won a Bronze Lion for the Get the Flow campaign for Vodafone.

There were 228 shortlisted entries, down from 239 last year

Ketchum, Edelman and Weber Shandwick had already won Lions at the Health & Wellness Lions, while Burson did so at the Pharma Lions, both announced on Saturday. A number of the campaigns listed above have also been triumphant in other non-PR Lions.