Not another bloody creative awards

Awards season has once again started in full swing. And with it comes the inevitable debate on whether or not awards are useful and if we agree they are useful - what exactly are they useful for?

So far this year I haven’t seen any high profile agencies declaring that they won’t be entering the fray, which considering Amir Kassaei of DDB and Arthur Sadoun were the 2 big announcements in the past 2 years and WPP also grumbling at the end of Cannes last year it is a little surprising that we haven’t heard anything this year.

Each year there is a constant back and forth from those that put on awards shows and those that feel that it is a distraction to them as a company. In general the complaints about awards shows boil down to a few key points:

2. Only big agencies can win

4. Do potential clients or talent actually care about awards?

5. And the rather broad statement, what is the point, really?

I’m a competitive guy, let me rephrase that, I am a super competitive guy. No matter what I play, or do, I want to win. Darts in the pub, a card game, I have to make a concerted effort to let children win when I am playing with them (I do feel a little for my little boy once he gets to an age when we can start playing games together). But I also don’t think that I am alone. The creative industry is an incredibly competitive industry, you could argue more than most. You only have to watch the faces of those who do not win a particular category to see the effect that not winning has at an awards show. And while we all know deep down we should probably be supporting each other in our creative pursuits, there is an undercurrent of wanting to win that permeates through the industry.

Some agencies can drop a tonne of money on awards. And the entry costs are just one part of it. Some of the case study videos that you see supporting the entry are works of art in themselves. Doing these has a cost in hours spent by the agency to craft them (assuming they do it in house), but there is also the cost of sending out the team to the awards show, and if you are talking about an international award then it isn’t just the cost for your table of 10, it is the cost of travel, accommodation and “sundries”.

Only the big agencies win

Last year I wrote an article asking “Do we still need Cannes?” It was shortly after the announcement by Publicis that they were pulling out of awards. It wasn’t a dig at Cannes Lions by any stretch, but it was asking the question - What is Cannes for? What does winning a lion do for an agency or a company?

You can read both sides of the argument across the industry but there is one thing that you can’t help but notice. The bigger, successful agencies are the ones that win at Cannes and the other major awards, but which comes first? The answer, like most things in life, is a little more complicated than being able to be answered definitively one way or the other. But, as above, winning costs and the bigger agencies are in a much better position to invest a sizeable amount of money into awards, often for the same campaign across multiple categories.

I know that this happens. One of the first awards that I was on a jury for, had an entry that was exposed as never having run and therefore was excluded from judging. But that was 15 years ago. Is it still such a big thing? Was it even as big a thing as it was made out to be in the first place? In my gut, I really doubt that this happens as much as people think, especially now. Is it really worth trying to do put in a scam entry? In our hyper connected world, you’re going to get caught at some point. Someone in your category that lost to you will be diligently checking out the campaign to see what made it so great and…

What I do think is more likely to be scammed/bent is the effectiveness stats that are submitted along with an entry. Effectiveness is a big part of whether or not a campaign will be crowned with an award for those pursuits that are not about the craft of a brief. And how are you ever going to know if they are real? In closed awards this is a problem. Who knows what that agency has claimed - only the judges..

Do clients and talent care?

Flick through any article tackling awards v worth and this one is normally batted hard by both sides. XYZ poll showed that award winning work is X times as effective. Most of this is arbitrary and like most statistics you can sway the results to fit your desired outcome.

For me, these types of statements aren’t that useful. I don’t feel any more nourished or convinced by it. I like to look at it this way:

If as a client, an agency came to me with 2 pieces of work that were exactly the same, they charged the same for the campaign and one had already won an award who would I go with. Chances are, you are currently yelling, depends on a lot of other factors, like do I even think I can get on with these people, is this really the route for us… Clients aren’t ticking a list of boxes to make these decisions, what is important to one isn’t to another. And a big decision on whether to award and new agency with work does not boil down to a single factor like how many trophies grace their cabinet.

But. If you flip this question around and imagine instead that you are at the beginning of the process. Knocking on that door, getting it answered and being able to head on into the pitching room, is a damn site easier if you are already “proven” successful. And one of the main ways to prove you are proven, is by having an awards page as long as a the river nile on your website…

The talent one is easier. When you are next at an award show, watch the people heading up to the stage to collect their award, look into the faces of the people in the photos taken at awards shows of the winners. While this may be a fleeting moment, it sure show’s that the people who work in your company care a lot about awards.

What is the point?

However. There are a few things about awards that I think needed changing as there are elements of truth in all the statements above. Most of these issues rasied can and should be addressed by all awards shows. When we went about setting up the Creativepool Annual we aimed to alleviate as many of these as possible and to make sure that we held the most useful, distributed, shared and collaborative award in the sector. Here are just some of the initiatives that make The Annual different from any other award:

My hope is that we have managed to counter the majority of the issues that some people have with awards in how we run The Annual and that our new format . But I am sure there is more that we can do. If you have any suggestions please let me know….

The Not Another Bloody Creative Awards Annual 2019 is open for entries until the 1st February 2019. 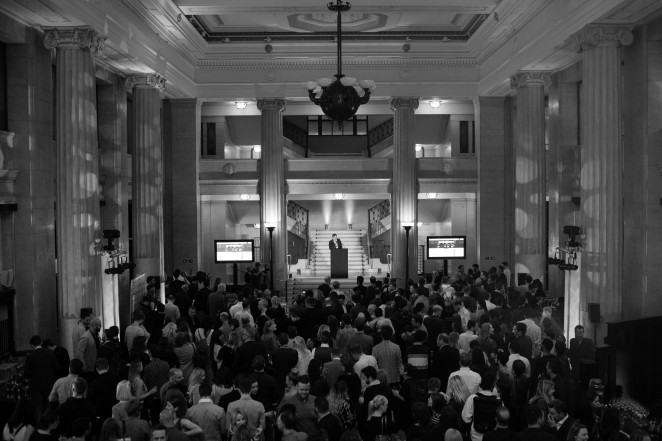 What are awards worth?

Most clients don't understand or care. What they want is for the agency to deliver a measurable ROI so THEY can take to their management team and shout: Looky here, we delivered the shit! Promote me and gimme a raise!!

The agency on the other hand want awards to attract talent along with name recognition.

What they won't get are free drinks at the pub or a discount at the butchers.

So what are awards worth? Not much, but we keep on entering.