10 of the best marketing and advertising campaigns from 2020.

Among other things, Covid has shown us that living apart is still not enough to trump mankind and our need to cooperate to survive. The creative industry may be in a rough shape, but many amazing works have been created this year and I’m sure we’ll see even more in 2021. So here’s to a better year than the one that just passed.

There have been a few interesting developments in the industry this year. Brands have got bolder, albeit slightly more cautious in their approaches and yet all the more empathic. Storytelling is still quite strong, and tales of people connecting from apart have resonated with consumers all around the world.

At the same time, this year the industry was not all hope and glittering gold. Some dark stories were exposed as well. Some grim issues regarding diversity and inclusion were impossible to ignore.

So here we go: here’s the best advertising campaigns of 2020.

The Moldy Whopper by Publicis Groupe is more than just a campaign; it’s a statement from Burger King to the rest of the fast food sector sector, and a prime example of bravery, boldness and simplicity all in one go. It is just plain brilliant, and a gigantic campaign that had enormous success across film, OOH, print and digital. 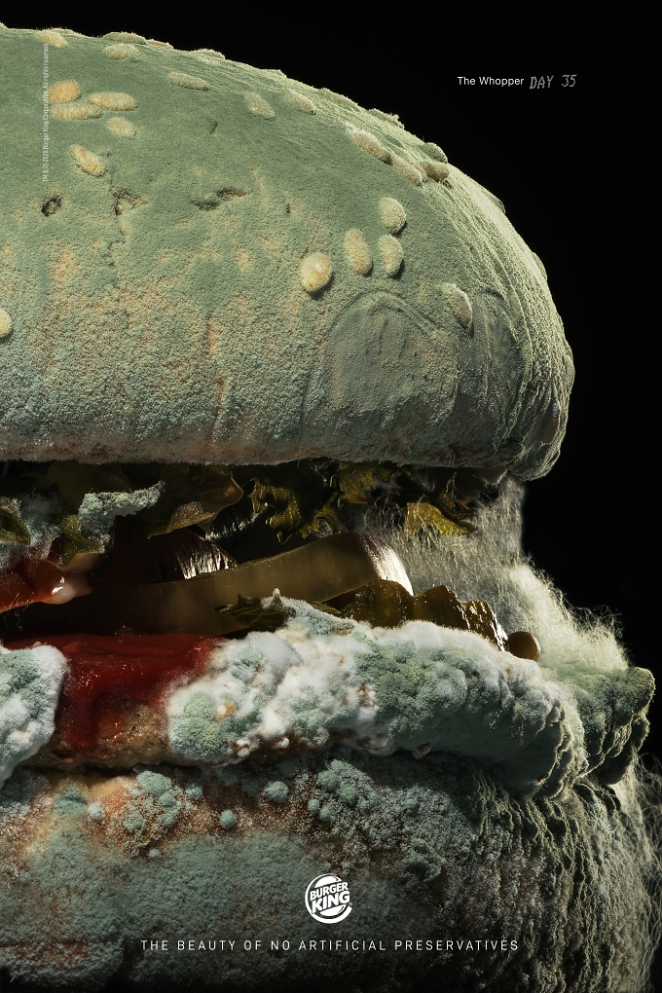 I’ve lost count of how many times I shared this film on this platform and elsewhere. Wombstories is just one of the best campaigns from this year, period. Alternating live action with striking animation, the work by AMV BBDO and Chelsea Pictures is unbelievably stunning and gives voice to all the women out there, with everything that is beautiful about being a woman. Ups and downs included. Of course, this made it into our list of the best 2020 animated campaigns as well.

AKQA - ‘One Story Away’ for Netflix

Hard to choose only one campaign by AKQA from this year. In fact, Give the Earth a Voice came pretty close to stealing this place. But it’s difficult to argue with such an incredible campaign for Netflix. Stories bring people together, and the beauty of not knowing what lies ahead is part of that journey. In this beautiful print, OOH and social campaign, Netflix’s familiar progress bar connects the streaming giant’s most iconic originals to give everything a deeper meaning. Stunning idea. 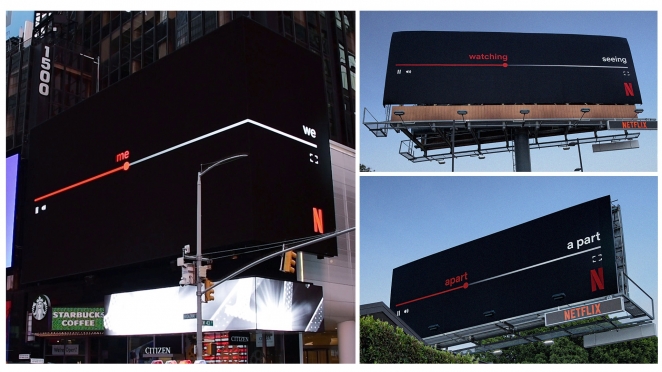 The Gate London - ‘Nobody is Normal’ for Childline

We're all different. We know that much, and that's another thing this weird year has taught us. But no one feels that as much as kids in their teenage years, and we've all been there. Nobody is Normal is a beautiful and touching campaign by The Gate London for Childline, offering support to young people and their mental health.

In all likelihood one of the smartest campaigns we've seen this year. Just like its protagonist, this clever billboard only came to life at night, when the lights were switched on and the bloodied wooden poles' shadows came together to form... Well, you'll see. Just plain brilliant work by the BBC Creative team.

Saatchi & Saatchi London - 'We're On It' for Direct Line

Quite early in the year, Direct Line and Saatchi & Saatchi London have launched a major new campaign starring some of the world’s most iconic heroes, including RoboCop, Donatello (yes, the Teenage Mutant Ninja Turtle) and Bumblebee the Transformer. Just imagine being a hero and being outperformed by a phone company. That mustn't be nice. But we liked the idea so much back then that we did a whole Behind the Idea on it!

Disney - ‘From Our Family to Yours’

Albeit my personal storytelling favourite from this year’s Christmas campaigns is Coca-Cola’s The Letter (directed by a wonderful Taika Waititi by the way), Disney still holds a special place in my heart. This beautiful ad is not only quite touching to watch, but is also a clever and heartwarming way to promote the Vintage Mickey, the sales of which will go to support the Make A Wish foundation that Disney holds dear. Just keep some tissues at hand, this one hits hard.

To support fundraising for the NHS, Iris partnered with the charity HEROES at the beginning of the lockdown, with a campaign that championed ordinary people following the rules against the spread of Covid-19. The protagonists of the campaign were people in ordinary situations in totally ordinary environments, staying home to protect the healthcare system and fight the spread of the virus. 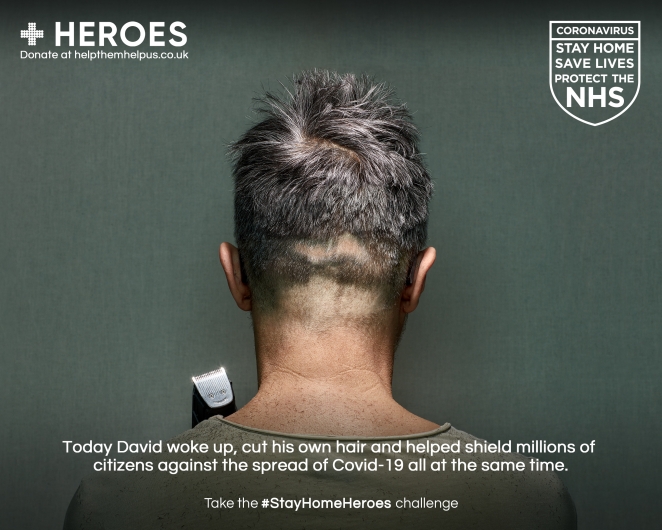 McCann London - ‘Did Somebody Say Just Eat?’ For Just Eat

Did somebody say Just Eat? Probably one of the campaigns you’ve heard the most this year, and you can’t really blame Just Eat for aiming at the maximum exposure possible. Especially with most people stuck at home and resorting to takeaway instead of a dinner out. This collaboration with Snoop Dogg is stylish to say the least, and definitely one of the biggest campaigns from this year!

Another one of my favourites from this year’s lockdown campaigns. A nationwide film and OOH effort to raise awareness of domestic abuse, urging victims to get in touch with the National Centre for Domestic Violence and stop the perpetrators. This campaign came to life back in May and followed a 49% increase in domestic abuse reports during lockdown – certainly among the worst consequences of the Covid pandemic on a global scale. Fun fact: due to lockdown measures back in May, it was the actors themselves who shot the film from remote.

These are well worthy of the top ten - the power of creativity, and making an emotionally intelligent impact.