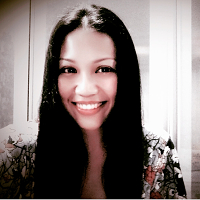 This is a personal project of mine. The main illustration is done with coloured pencils and I enhanced the details digitally.

The animal chosen here is the Qi Lin, an Asian mythical creature that is said to be a bringer of good omen. In ancient times, Emperors hoped for the appearance of this creature as it symbolizes that their reign will be a magnificent and prosperous one.

My primary illustrations are portraits, so, I had combined the head of the Qi Lin to one of my girls and gave it a touch of femininity with some Magnolias, which are my favourite floral illustration. I had removed her eyes in this piece as I wanted the Qi Lin to be a feature to look at.

Opium was widely used in ancient China and its popularity grew towards the turn of the century. Similar to drugs, smoking opium has the term, 'chasing the dragon', as it makes you high and the smoke from the opium pipe, makes you feel like you are chasing it or on a cloud of ecstasy.

When I was little, I used to follow my Mum and her Mum to one of the Chinese temples where they would worship. One of the diety was an Opium God. I can't remember the full story of it, but it had a sad background with regards to its mother and in short, he took opium to 'remember her'. When we did the offering, aside from the joss sticks, a dab of opium was also placed on his lips as part of the offering.

While that happened nearly 3 decades ago, I still remember it until today.

My portraits are all representations of myself and my emotions. In this piece, it feels like I could use a little bit of opium for a quick getaway to 'chase the dragon'.

Add yourself to this project
Project featured: on 6th August 2021 Contributor:

Maureen Fletcher has been a Contributor since 1st September 2020.