Somewhere Over the Rainbow: Brands and Pride 2018

In case you hadn't noticed, it's Pride month. And in true marketing style, brands everywhere are pledging their allegiance to the rainbow flag. Does all this support aid the cause by raising awareness, or is it all a cynical marketing ploy? It's really all in the execution...

Pride Month is a worldwide celebration of the history of the LGBTQ movement and the LGBTQ communities. Its foundations lie in a riot at The Stonewall Inn, a gay club in New York’s Greenwich Village in 1969. Clashes between police, patrons and community members broke out on the night of June 28, lasting for the remainder of the week. The riots are widely considered to be one of the most important events leading to the formation of the gay liberation movement.

The rainbow flag, now synonymous with the movement and symbolising diversity and acceptance, was popularised in 1978 by Gilbert Baker, a prominent gay rights activist and artist from San Francisco.

In this era of ‘wokeness’, it’s no surprise that brands are piggybacking on the movement and creating rainbow-hued campaigns, ostensibly to celebrate the cause and show their allegiance to Pride.

But there is a fine line between political ‘slacktivism’ and genuine alignment with a cause, as demonstrated by Pepsi’s now-infamous campaign featuring Kendall Jenner joining a vague march for an unmentioned issue. This tone-deaf campaign will go down in history as a lesson for marketers everywhere in how not to appear woke. You really have to live and breathe your values.

Slapping a rainbow flag on your logo for a month and Tweeting something generic about equality won’t cut it. Younger generations, particularly, can detect a half-hearted, disingenuous effort from a mile away.

“In terms of achieving true equality in our world, the pace of change is frustratingly slow at best. There are always going to be marketing trends – if they promote a message that centres around celebrating difference instead of picking on people’s insecurities, like what waterproof mascara will help me find a man, that’s fine by me. Consumers are incredibly switched on – brands with integrity will continue to outperform those without. Similar to the way businesses who embrace diversity drive true innovation.”

So who’s getting it right? 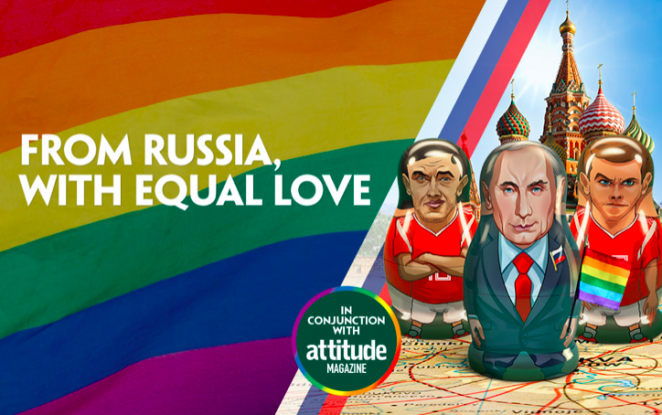 In a stroke of genius, the marketing team at Paddy Power partnered with Attitude Magazine on a World Cup themed campaign which will donate £10,000 each time Russia scores to LGBT+ charities. The campaign aims to: 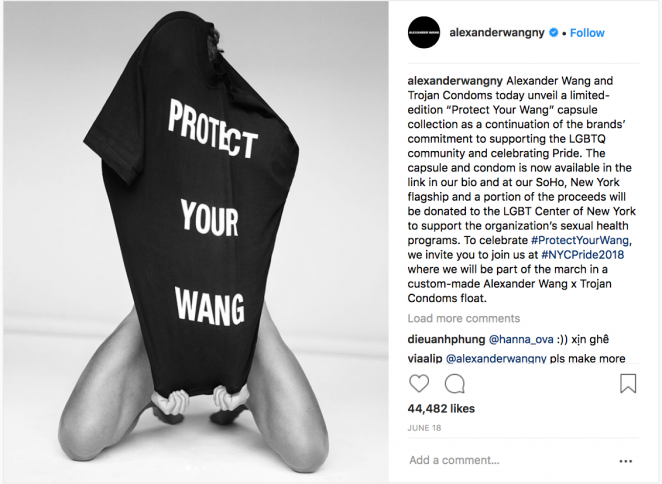 In a continuation of the Protect Your Wang initiative last year, Alexander Wang and Trojan have now added a capsule clothing collection to a range of branded condoms, with a percentage of proceeds donated to the LGBT Centre of New York.

Again – it’s clever, completely aligned with both brands, and strikes the right balance between light-hearted, playful wordplay and raising awareness, action and funding.

At Christopher Bailey’s last Burberry show, we saw the signature Burberry check updated with a flash of rainbow. The brand has made donations to the Albert Kennedy Trust, the Trevor Project and ILGA, all committed to broadening awareness around the world.

“Fashion needs context. There are so many questions being asked in the world now: about our values, about the way we live, the way we consume. I wanted us as a big organisation to make a stand for something. It is a way for me to try and make some sense of all this chaos.” – Christopher Bailey

Broadly, the activations seem to be met with support and enthusiasm, especially when it’s made clear that proceeds of profits will be donated to charitable causes.

Some campaigns are proving more contentious. Adidas has partnered with several high-profile public figures to design trainers that will be auctioned off in aid of the Albert Kennedy Trust, a charity that aids LGBTQ homeless people. The sportswear brand invited each celebrity to reimagine the iconic Samba trainer through the lens of unity, equality, and originality. Some are taking issue with the fact that several of the celebrities fronting the campaign are heterosexual; and Liam Payne seems to have missed the point entirely. When asked in an interview about the campaign what made him #prouder, Liam replied:

“I think since I’ve had a little boy, everything changes in life. ‘I’m aiming more for him to be prouder of me, and already he’s making me a better man, which I think is incredible.”

Perhaps next time, it might be worth identifying prominent figures from the LGBT community to speak on behalf of it? 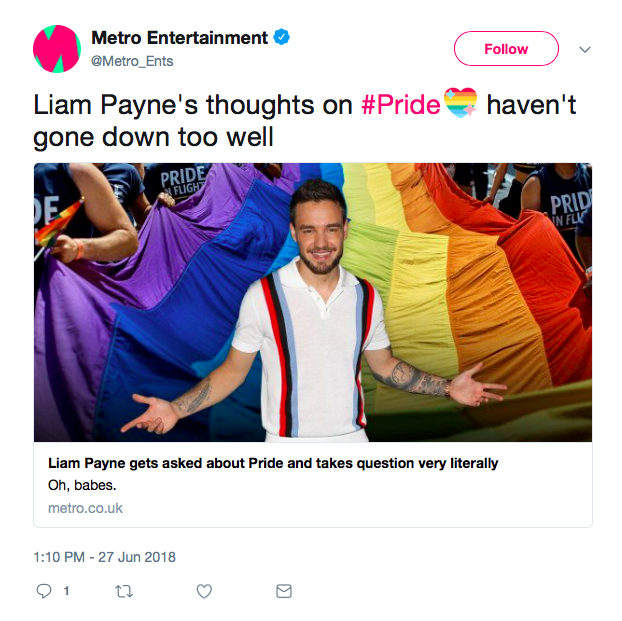 As marketing professionals, we’re all seeking those moments we can use to promote our stuff. It’s no secret. But it’s vital to commit to something – if you’re going to get involved in Pride, make sure your business is fully on board. Raise money, ensure LGBT voices in the business are heard, and celebrate equality in all its forms, all year round.

About Matter Of Form Group

Established in 2018, the Matter Of Form Group is a collection of four award-winning agencies united and bound together by a common set of ideas and values centred around the mantra ‘Make Change Effective’.

If you’d like to discuss how the Matter Of Form Group partner to provide strategic design and tech services, please get in touch via hello@matterofform.com to arrange a time to speak with our team of consultants or visit www.matterofform.com.For Press and Media enquiries, please contact Emma Blackmore, Group Marketing Director: emma@matterofform.com.