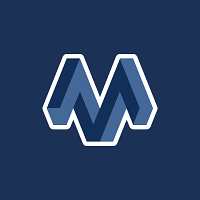 Seven years on from its establishment in 2011, design-led digital agency Mashbo decided to implement an overhaul of its brand, to bring its visual identity in line with its new position as a software development consultancy. Despite leading high-profile brand refresh and digital strategy development for organisations like Nugent and creating the brand for award-winning mental health support app, the Hub of Hope, this was the first ever rebrand for the Liverpool-based technology firm.

The brief was to evolve the company’s distinctive visual identity to reflect its growth, maturity and service offering, as well as clearly communicating its areas of focus and specialism to attract target clients.

The rebrand aimed to highlight Mashbo’s move from a ‘digital’ company developing websites and apps for SMEs and brands based in the North West, to technology and software specialists using automation, AI and other new and emerging tech to create products and solutions for large corporations and global firms, as well as providing high-level technical consultancy.

The rebrand was to be rolled out across all platforms to celebrate its seventh birthday. This included its website and social channels, a series of print adverts in the Metro, as well as branding to appear at multiple touchpoints as part of Liverpool’s “River of Light” celebrations, for which Mashbo were presenting partners.

The objective was to change commonly held misconceptions about the products and services that Mashbo offers, raise awareness of its core specialisms and more clearly communicate what it does for the organisations that it work with, to promote understanding and attract more relevant new clients and encourage repeat custom from relevant past clients.

The original brand was developed by co-founders Gavin Sherratt, Liam Potter and Steve Todd, in 2011. In order to ensure a completely fresh approach to the brand the trio were treated as an internal client, with myself - at that time a new-to-the-company designer - acting as lead designer and co-ordinating the rest of the team in the project.

A five week timescale was allocated to the project, with a full roll-out deadline of Mashbo’s seventh birthday on 5 November 2018.

I took inspiration from the company’s journey from fledgling start-up at the heart of Liverpool’s creative community, to a nationally recognised software development company with clients including, global accountancy firm, BDO, leading telecoms company, Manx Telecom and Everton Football Club.

I also reflected on media theorist Steven Johnson’s argument that “the pursuit of novelty and wonder has always been a powerful driver of world-shaping technological change” (Wonderland, 2016). I wanted the new visual identity to reflect Mashbo’s transition from a young web development agency exploring its craft, to a mature consultancy using new and emerging technology to deliver transformational digital solutions that improve efficiency, capability, profitability and productivity of global businesses.

The new brand needed to reflect the company and its team’s confidence in its own identity and skills, as well as its awareness of the transformational impact it can have on organisations.

One of the most significant challenges in the project was encouraging the three founders to let go of their emotional attachment to the brand and step back as brand custodians, allowing their team to co-create the new brand.

To ensure a collaborative rebrand process, I spoke to team members individually and in groups about what it means to work at Mashbo and the type of work that the company does, as well as future ambitions.

From these discussions emerged several iterations of a new logo echoing Steven Johnson’s observations and finding the ‘intersection between the mechanical and the playful’ with better defined edges and more structure.

Drawing on my education at Shillington Design School in Manchester, I created moodboards and initial concepts for three workable designs, which were displayed in Mashbo’s office for a two week period. This allowed team members time to consider them and provide feedback, before being invited to indicate their preference, marking their first and second favourite of the three designs.

The iteration both myself and my client expected to come out on top did not, which was a slight challenge. However, this gave me confidence that I was delivering a piece of work that represented a collective vision, which is what the client ultimately wanted for this project.

The new logo featured strongly defined edges and geometric structure - a departure from the loose brush stroke and playful use of the font ‘Rhino’ in the company’s original design, illustrating Mashbo’s new focus and commitment to and track record for providing serious and impactul tech solutions.

Once the initial concepts were agreed by the team, I set about refining the design and adapting it for use across all of the company’s digital properties, as well as for print and large scale advertising, in preparation for use in the seventh birthday celebrations and the 2019 marketing strategy.

I used Fatfrank as the typeface in the logo, editing it carefully to get it to a place that sat perfectly with the design, which involved changing its double story ‘a’ to a bespoke single story ‘a’.

I had also settled on this as a header font, but found late on in the process that a few letters didn’t quite fit with the new brand, so we swapped it for Campton which complements the new logo nicely.

When it came to a colour pallette I made a conscious decision to avoid trend colours. Instead he maintained the tone of the company’s previous brand colours, adding white to clean up the designs.

The original colour palette was quite distinctive and had remained fresh-looking for seven years, setting it apart from peers and competitors. By developing these colours and avoiding moving towards those shades that are currently on trend, I believe the new palette will stand Mashbo in good stead for several years, while retaining an echo of the old brand and the company’s history.

The rebrand includes a more mature colour palette and new logo that features strongly defined edges and geometric structure - a departure from the loose brush stroke and playful use of the font ‘Rhino’ in the company’s original design.

Mashbo has a company name that doesn’t say what it does, which makes the clarity of its visual identity paramount in communicating its proposition, services and ethos.

Since its full launch on 5 November 2018, the brand has been fully rolled out across all its digital properties and appeared in a series of six print advertisements in Metro (North West edition) reaching more than 700,000 people. It was also displayed in multiple formats to more than 50,000 people attending the River of Light 2018 celebrations on Liverpool’s historic waterfront.

The company is already seeing the impact of its repositioning and new visual identity, with a reduction in enquiries from companies seeking simple websites and apps and an increase in interest and engagement from large national and international brands requiring high-level strategic technology support and consultancy.

Following the launch of the new brand and a targeted new business engagement exercise in December 2018, former client, global reinsurance company SwissRe, invested £10k in flying the team Zurich for a scoping session - one of the consultancy services that the rebrand served to highlight. The meeting resulted in a complex development project win worth £90k.

Although less tangible, anecdotal information gathered from conversations with peers and new business targets about the new brand identity indicates that there is now clearer understanding of what Mashbo does and a greater awareness of the brand among higher-profile and larger companies - local, national and international - in the Property, Financial Services, Professional Services and Third Sector, which are all targets as part of the company’s growth strategy.