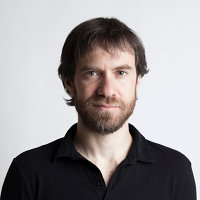 For the Titles I represented the travel (and troubles) of the Hollywood actor and series star Harley Carter (Jerry O'Connell) that returns to his hometown in Canada after a public meltdown. Partnering with his police detective friend, he tries to use his acting experience to solve real crimes.

Add yourself to this project
Project featured: on 19th July 2018