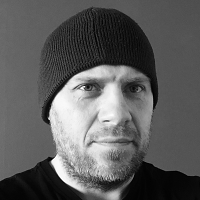 Leuser Ecosystem Action Fund [LEAF] is an environmental organisation administered by the Sumatran Orangutan Society [SOS]. It was co-founded with the Leonardo DiCaprio Foundation to protect critically endangered species and habitats on the Indonesian island of Sumatra. The Leuser Ecosystem is the last remaining location where orangutans, rhinos, elephants and tigers still coexist in the wild. Superfried was approached to develop their brand identity.

Since there were four very different species involved, initial thoughts were to take a more simplified, typographic approach playing on the very apt acronym – LEAF. However, it lacked impact and a strong connection to what was truly at stake.

I then decided to focus on the animals and that the identity should feature all four species. They are equally important, and should the future circumstances of one unfortunately become more significant, it would be remiss for them to be omitted from communications. This did however make the task more challenging.

I initially looked for commonality amongst the animals, but they were a very eclectic bunch. Their heterogeneous nature also meant finding a distinct illustration style that would work for all was elusive. Finally to maintain recognition – and an apt serious tone – a simpler silhouette style was adopted. For practicality the illustrations were then overlapped to develop a more concise footprint for the marque.

As usual a bespoke style was designed for the typography. It was helpful that the acronym formed a real word, since the full name was rather long. A simultaneous vertical [acronym] / horizontal [name in full] composition was developed for the logotype. This worked well in isolation or a horizontal lock-up, with the logotype reduced to just the acronym at small scale. However, this would prove impractical for use when width was limited, so a roundel version was also created.

The route was tested thoroughly via brand-led mock-ups – visuals shown – of stationery, merchandise and marketing material to ensure the system would be sufficiently versatile across all media and scenarios. With direction, LEAF subsequently applied the new marques to their existing website.

This project has been featured by Design Week and Behance.