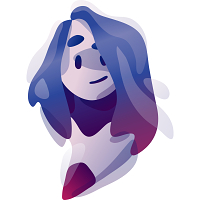 A century ago, it was common that kids could go wherever their feet would carry them, without surveilance of their carers. Within a few decades, this right to roam diminished radically. Children are driven to school. Most of their waking hours are scheduled with activities. And the time that's left is spent in front of screens. Is it safer to grow up this way?

The idea for this little project arose when I remembered an article I've read about four generations of the same family and their habits of roaming in the age of eight years. The parents of the boy of generation one had no money to afford a car or public transport, or even a bike. Still, this didn't keep him from walking to his favourite fishing spot six miles away from home. Three generations forward, the youngest member of the family is allowed to walk until the end of his suburban street. Even if he does so, there are no children out there to play with.

Initially, I wanted to illustrate these four generations, showing scenes from their daily life when unsupervized by adults. Unfortunately, in the article there is little information about those people. For not misinterpreting their lifes, I decided to make up four new characters. I've placed the first of them a century ago (1920) and hopped through time in jumps of thirds of a century; ending up in the present with the fourth. In the end, I assembled the illustrations on a made-up magazine spread, accompanied by a fictional map with the areas these kids might have been allowed to roam.

Add yourself to this project
Annual 2020 ShortlistRight to roamIllustration Project featured: on 20th March 2020 Contributor:

Mandy Schlundt has been a Contributor since 25th November 2015.