The Filmmaker's Guide to Remote Filming, for Agencies and Directors

There is only one shot left to wrap up today’s shooting session. You liaise with the lighting department, the cinematographer and camera operators, you inform the actors and the whole crew is ready to shoot.

You talk to the assistant director right above you, who follows your instructions and places you behind the camera. You, and the laptop he was carrying around the set. You’ve been watching the whole scene from the comfort of your house, immersed in a Zoom call. You are filming from remote.

With COVID-19 and global lockdown, remote filming has been on a tremendous rise. After an initial period in which production companies risked having to cease operations, the industry has reinvented itself and some of its branches are now perfectly equipped to shoot entire spots from remote.

If you’ve never embarked on such a quest before in your entire production career, you’re most definitely not alone. It is normal to not know where to start. I didn’t either – which is why I’ve had a chat with a few production teams, creative directors and film directors to put together this beginner’s guide to remote working. 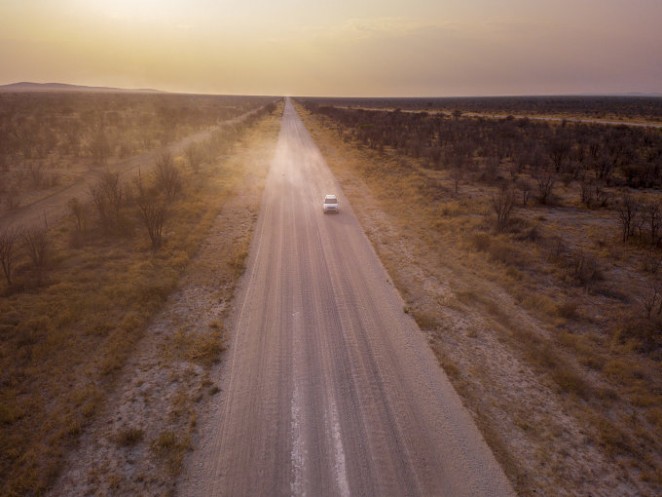 A Day in the Life of a Remote Filming Director

Pushing through a day of remote filming may not necessarily mean watching your director buffer on video for most of the time. “The technical possibilities have existed for years, but no one was thinking of using them for remote shootings. Not even us,” says Sven Lehmann, co-founder and director at German production agency yolo films.

In fact, if you’ve been working in the industry for long enough, chances are you’ve already had to do remote shootings before Corona time. Mike Watson, creative director at Wunderman Thompson, has filmed his first project entirely from remote 5 years ago – a project for Aspen X Games and ESPN, a massive production which Mike could not direct in person due to concurrent projects. Again, it goes to show that the technology has been there for quite a while – we’ve just never felt the need to implement it.

Although the technical possibilities do exist, the human factor is still key in handling a remote shoot and ensuring it goes smoothly. Careful planning to define how to handle communications is key, especially when you’re doing client work and you expect the client to be part of the remote shootings as well.

At yolo films, Sven would set up cameras with studio-wide shoot and then stream them via Zoom. This is important to ensure the client is involved at all times, even when not physically present. Live streaming on YouTube is also an option, as you have the option to chat and the remote team/client can easily share thoughts in the chat space.

It is all about creating the right atmosphere on (remote) set.

You have of course to plan in advance and ensure that the Internet connection will be stable enough to guarantee a smooth experience to all on the remote set. Yolo films relied on Mobile TP Links, but as with most things, the more you spend the more quality you are going to get out of your remote internet setup, including a more stable, reliable or faster connection.

It is also natural and somewhat expected to lose the human connection element when shooting from remote. When you’re not physically there, it may be hard to keep the team together from a Zoom chat and still ensure the client feels involved. According to Sven, it is about creating the right atmosphere. But according to Publicis Poke creative directors Colin Byrne and Rob Butcher, you must also make sure that everything works like clockwork.

Colin and Rob have worked on one of the latest spots from Dacia, focused on the illusion of a close-up of a toy car, with a gradual zoom-out to reveal the magic behind the spot itself (see above). “The illusion itself was created by playing two videos on laptops screens,” say Colin and Rob, “one providing the rolling road beneath the car, and the other providing the highway backdrop. The white lines on the rolling road video gave the illusion that the Duster’s wheels were spinning and the bike lights fixed to the drill contraption acted as the streetlights passing over the car. The guy playing the music on the glasses and bottles is the musician who wrote the track especially for the ad and even Ralph Inneson’s voiceover was played via speakerphone.”

Now, imagine having to handle all of this in a long shot. 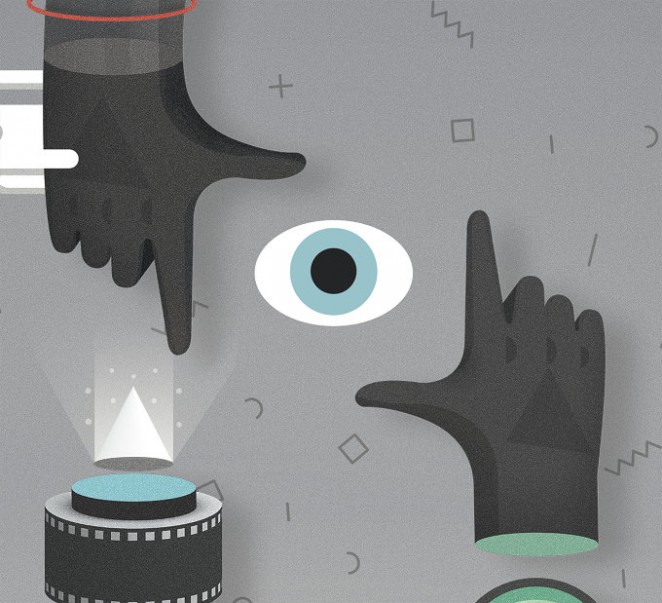 The Importance of Good Communication

Most leaders would agree that the only way to manage a team effectively is with good communication. Whether you have a small team or a larger crew, communicating with all departments and building the right atmosphere is fundamental to the project’s success.

You should also ensure that the client doesn’t feel left out or discouraged at any given time. Sven and his team at yolo films relied on a designated member of the crew, a Remote Operator, to give and take feedback from both sides. It is important to agree with the client beforehand on how many people will participate in the project and which roles will belong to whom.

If you’re a team leader, trust is another key human factor. Building that trust with your team and knowing that you can expect things to go smoothly because of them is important to guarantee the right mood and atmosphere on set. That is, of course, as true of remote shootings as it is of physical filming, though it may have an entirely different feeling when handling remote shoots.

Mike Watson says, “You have to relinquish an element of control. You have to trust that the people on the other side of the world, some of whom you’ve only met through a video call, have understood what you’re after and are able to deliver it.” Though it can be tempting to give up to panic mode and try and control everything, you must understand that the team is there to support you and you are all moving forward towards the same goal. 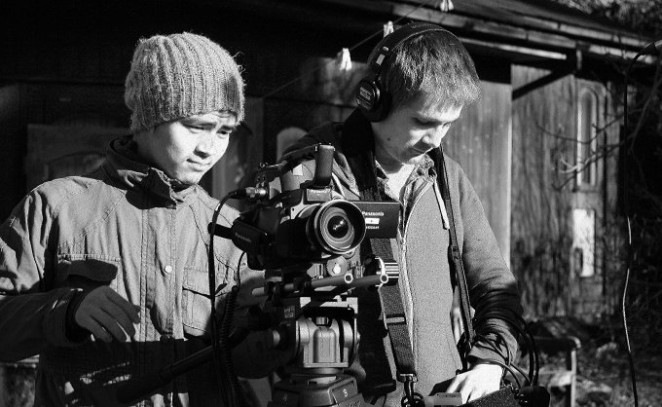 How to plan for a remote shooting session – Tools and Tips

There is of course a wide range of tools already available to professionals and filmmakers all around the world, and we can expect even more to be released in the near future. The most important thing to note in these cases is that, in the words of Mike from WT, “sometimes cheapest isn’t the best.”

It can be more efficient to shoot from remote, but it also depends on the size and type of production. Though you save on travel and hotel costs, you do have to rent equipment and possibly expensive software to handle an entire crew from remote.

Choosing the right actors can also be quite a challenge. You can easily find cheaper people to shoot with, but they’re of course a risk and you cannot possibly know if they are all going to deliver.

Mike adds, “You have to be careful with casting nowadays, as some people are more vulnerable than others to the virus. For a project we did for HSBC, we used real people. We wanted realism, and ultimately your choice of casting all depends on what kind of project you’re looking for. It wasn’t crazy difficult to handle them, as we only picked people that would do the job we needed – a cleaner to perform as a cleaner, a bank clerk to perform as a bank clerk and so on. In all cases, you want to be planning your cast in advance and with careful consideration.”

At yolo films, Sven has used Blackmagic Design’s hardware and software to handle 4K and HD shots, including transmission of files. You will probably need a pretty chubby hard drive to store all of those ultra-HD files from remote, however, as they will eat your laptop space quite fast. Software products such as Remote Filming are already on the rise, and we can expect more to be released in the near future, as remote filming evolves and protracts even beyond the end of the global outbreak.

Do bear in mind that everything is likely to take more time in remote filming. Feedback will not be as easy to obtain, and you cannot have a 5-minute chat with your director over a coffee, if you’re working on the design agency’s side. Though it’s just a matter of adjusting to a new, potentially more relaxed rhythm.

In all cases, be open to new possibilities and options at all times. According to Rob Butcher at Publicis Poke, remote filming has actually inspired the team’s creativity and stimulated it even more. “The whole creative process is one of constraint, it’s why we always start with a brief. So yes, it’s been fantastically inspiring. To have to deal with an immovable object like this that can’t be solved by finding a few extra quid for the budget has tested us - and I think we’ve risen to it.” 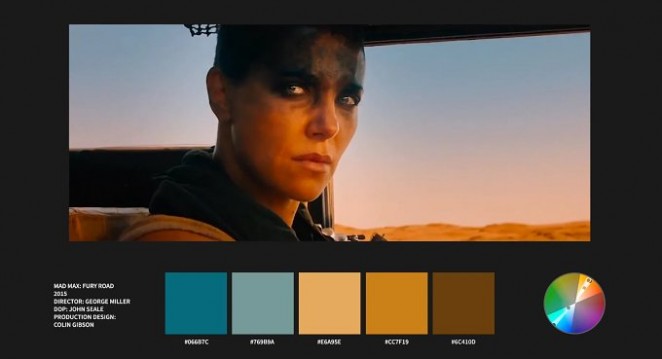 Will remote filming continue after the lockdown?

Every one in the production sector is likely asking the same question right now – for how long will remote filming have to go on? And is it going to become a standard even after the lockdown?

Though there is not a hard and fast answer, there are a few trends we can already predict. While some team leaders still largely prefer on-site shootings, others are enormously enjoying working from remote and believe this time will be of inspiration to future generations of filmmakers. On small and larger productions alike.

“Purely Corona-related shootings will probably be still available for another full year, until next June,” Sven at yolo films adds. “There will be a strong trend in the future about looking for efficiency and sustainability. We now know it’s possible to avoid flights and do everything from remote, and I believe remote shootings will be huge in the future. I can imagine the rise of new techniques and technologies that make it easier, including the 5G technology.”

The whole production sector will be influenced by this shift. Clients may enjoy not having the usual travel costs to an extent, and they are already saving time, efforts, hotel costs, transports and similar. Even in these early stages, remote filming is just more resource-effective, sustainable and potentially cheaper than regular shootings.

It is hard to say what the future will hold. Governments all around the world are trying to put in place a set of regulations for remote filming, to ensure social distancing at all levels of production – and this probably means no kissing scenes for quite a while.

But it is just as hard to state that everything will simply go back to what it used to be. Directors and creatives will be profoundly changed by this new experience – slowly leading into a whole new normal for the production sector and its most passionate stakeholders.

Craft vs Collaboration - Balancing creative life in the new normal

You wouldn't have been too optimistic at the beginning of the pandemic, but it looks like productivity while working from home has actually increased. The workforce has found its own balance. We do know, however, that creativity often thrives in...

A year into my first design role

Being part of the Brandpie team has been both gratifying and a huge learning curve. Starting your first graduate job undoubtedly is both an exciting and overwhelming experience. Working with creatives from multiple disciplinary areas has broadened my...

Posted by: mustard xp
SHOW FOOTER
Creativepool uses cookies. We will assume that, by using the website, you agree to this.
Read More Accept