Simplifying the overcomplicated with Suzuki | #BehindTheIdea

Car manufacturer Suzuki UK recently launched its new brand campaign, “Suzuki Good Different” to celebrate the perception that the brand and its cars are different from everything else on the market.

The campaign was created by Iris and champions Suzuki as the proud, fun and friendly outlier that breaks category conventions by simplifying the overcomplicated. It aims to exmplify Suzuki’s bold, playful and unexpected personality, whilst avoiding category cliches.

Playing into the fact that Suzuki is a bit of an unknown, the film brings to life some fun tongue in cheek folklore around the brand and what makes them good different; from a choir creating the sound of the car horn, to Grandmas knitting them cardigans to create the warm fuzzy feeling you get from driving a Suzuki.

Director Olly Williams who, as luck would have it, moonlights as a production designer, meticulously created 3D models of all the sets that were then constructed for real to be shot in camera. The opening ‘S’ flap was created with the electronics of a toy truck, and yes, that really is a hand knitted cardigan for a life-size Suzuki Vitara.

To learn more about the campaign, we caught up with Ross Taylor, Group Creative Director at Iris, to go behind the idea.

How to get people to consider buying a Suzuki when we don’t even make it to their shortlist of potential options.

From the iconic Jimny of the 80’s to convertible Grand Vitara of the late 90s and early noughties, the much-loved Swift supermini… all the way to today’s Ignis - which we like to think of as the world’s only micro SUV… Suzuki has always been a bit… different. Secondly, Suzuki has completely simplified its range, ensuring that ‘Hybrid’ is a standard feature across every model, not forgetting all of the tech that comes as standard.

It's this combination of things that enabled our creative team Jonathan Wedlake & Matt Carter to distil the offering down to two words… ‘Good Different’. Because simply put, that’s what Suzuki is. As soon as we heard that articulation, we knew we had landed on something special.

I always say as creatives we have one of the most fun jobs in the world. And tackling the TVC brief was the perfect reminder. We had created a robust brand platform that spoke to who Suzuki are from a personality perspective, and it gave us space for creative freedom.

A brand platform that explicitly states that we are ‘different’ meant that we had the license to ensure that we didn’t create another cliché car ad, and our clients were right behind us. We immediately ditched the category convention of beauty shots of the car driving through the city or perfect scenery. We decided to resurrect the idea of making a car ad that actually entertained people, instead of cramming every single technical feature into 30 seconds.

We landed on an idea that explored the folklore and myths surrounding Suzuki. A series of surreal worlds that lived inside the car were designed to slowly unpack the story in a tongue-in-cheek way. This mechanic allowed us to poke fun at the car category, from the use of model stereotypes to pseudo car jargon and enabled us to push our own agenda.

Early on we realised we were up against it from a timeline perspective. We knew that we wanted a Director that had set design experience because we were determined to avoid CGI and create something in-camera. Olly Williams was the perfect fit; he was previously a production designer and clearly understood our ambition.

Olly meticulously created 3D digital models of all of the sets, which were then physically constructed in Sofia, Bulgaria. When we arrived on set in Bulgaria we were stunned by the level of the incredible accuracy of the physical sets compared to the digital designs.

There’s minimal post-work; the opening ‘S’ flap was created with the electronics of a toy truck. The knitted wool balls were actually running down working tracks and yes, one very talented person really did knit the cardigans for the Suzuki Vitara by hand.

The fun room was a ‘miniature’ model and the moving parts were moving via motors and the wonders of ‘hand-raulics’- people pulling the conveyor belts with fishing wire. 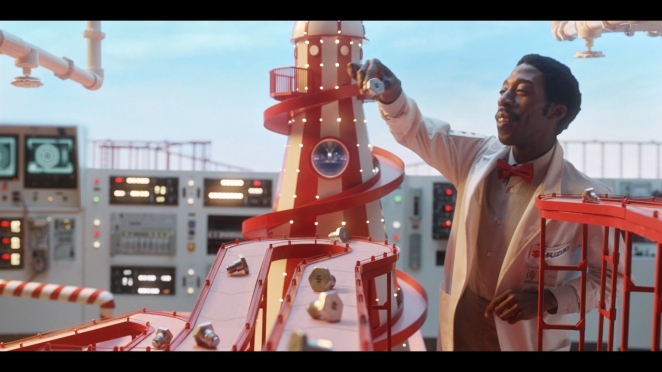 One of the biggest production challenges was time. Despite the duration of the project we had very limited time in production to create such an intricate ad.

Our director Olly Williams has a tried and tested method. He draws everything himself in 3D in SketchUp, before moving to a concept render in Indigo to work out all textures and lighting. He then finishes everything off with a colour grade in Lightroom to share with everyone to ensure they’re happy.

It’s an amazing process as it gives a very accurate representation of how we want the set to be and how it should be framed and lit. It also provides full construction plans and 3D files for 3D printing, CNC work and also allows us to export to Post for additional background elements or DMPs. One of the most complex scenes to build was the ‘Fun Room’ which is the second shot in the film. It was all 3D printed as a miniature set and all hand painted. We used paintballs to create the ball pit! 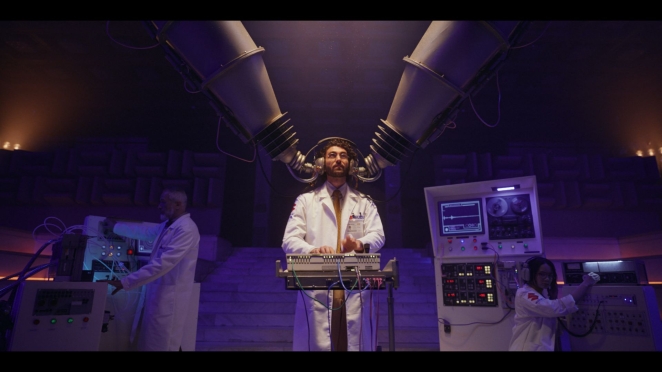 On the third day of filming, there was the most torrential downpour. We were inside a huge studio when suddenly we realised that a river of water was flowing in from one of the back doors. Luckily the set that was ruined is one we had filmed on the day before but it was a close call.

What customers have come to expect from the car category – from having to pay more for every single extra, to the cold corporate way in which brands speak – isn’t what you get with Suzuki. We offer an unexpectedly brilliant experience where drivers can get more for their money and a better ‘Good Different’ experience from showroom to the road. 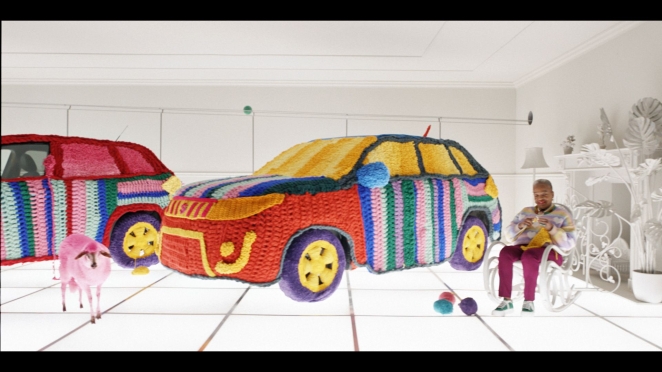 Believe it or not, this project first came onto our radar before the pandemic. Due to delicate timings and car industry logistics post-pandemic, it has taken until now to press the green light and execute the campaign.

I really hope that ‘Good Different’ can be recognised as a moment that helped the brand see a positive uplift in both awareness and sales. 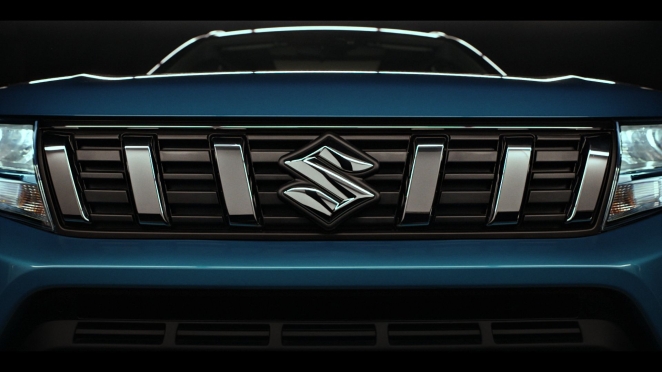