In 2021, Sans Serif, a client-relationship driven independent creative agency, launched an initiative focusing on Diversity, Equity, and Inclusion (DEI) in the field of design, which included executing a pro bono project for an organization that aligned with its intention to diversify the design pipeline.

Inspired by San Francisco-based 501(c)(3) not-for-profit Mission Bit’s efforts to support underrepresented youth of color in tech, and its exponential growth over the past 10 years, Sans Serif’s Founder David Shultz and his colleagues offered to rebrand Mission Bit to celebrate the organization’s success and augment its growth.

After initial conversations with Mission Bit CEO Christina Ortega, Director of Curriculum Cora Monokandilos, and Director of Programs Cynthia Chin about the organization’s outlook and opportunities, the groups decided to join forces in a comprehensive rebrand. Beginning with an updated logo and visual identity system, these efforts will also be reflected in Mission Bit’s new website, which Sans Serif is helping to develop for launch in 2023.

“Well conceived logos distill core values, attributes, and emotions into a resonant brand story,” Shultz began. “It’s important to express that story in a unique, honest, and compelling way. The overall effect should inspire conversations and serve the organization as it continues to evolve.” 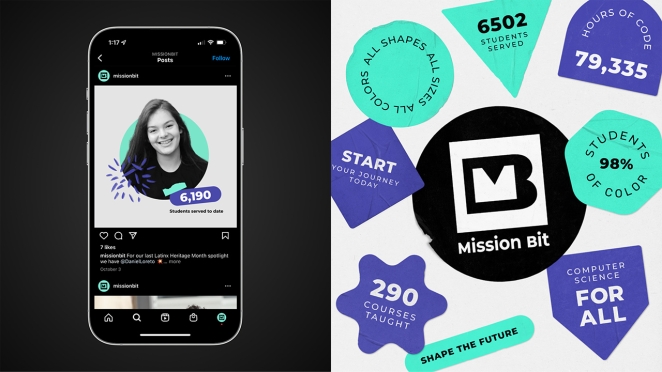 In the updated Mission Bit brand mark, the visual concept is all about embracing diversity. With the concentric nature of the mark, where letters and shapes are inside each other, the black-and-white logo shows that whoever you are, you belong at Mission Bit, and in tech.

The new visual identity also introduces a collage approach, where the importance of diversity is emphasized visually. The Sans Serif team created custom paper elements, hand-drawn embellishments, and stickers that can be creatively used along with the logo. Using the logo and its accompanying elements in collage form expresses the beauty of Mission Bit's diversity, community, grassroots past, and hands-on approach to empowering youth of color.

According to Mission Bit’s Ortega, “We are so thankful for the unique opportunity to work alongside Sans Serif’s team for Mission Bit’s timely rebrand in celebration of our 10-year anniversary. Collaborating with an agency that works with some of the most prominent companies in Silicon Valley meant the opportunity to refresh our brand in a way that would create more visibility for the critical work we do at Mission Bit.” 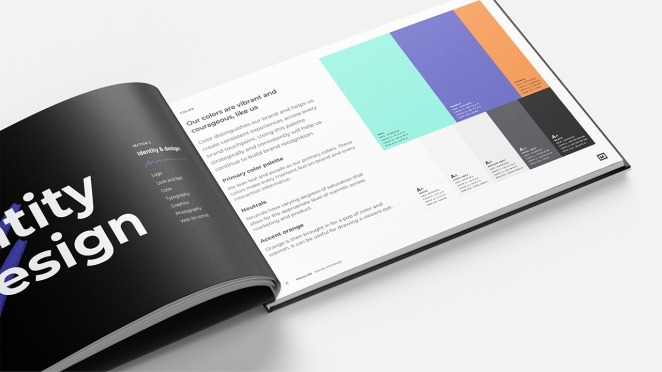 Through the Define stage, research was translated into brand strategy, defining brand identity, conducting competitive analyses, and establishing all the criteria for brand success among the different constituencies. “This exploration addressed mission, values, positioning, personality, and voice, all of which informed the visual brand system and assets to be developed,” Shearen explained. 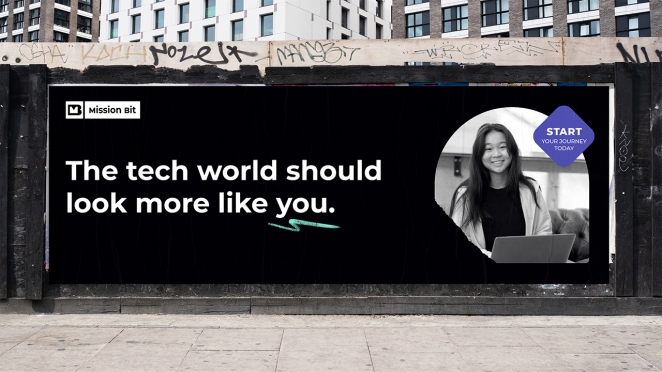 Next came Develop, where visual concepts took shape. Sans Serif’s tools in this phase included moodboards, which helped the clients decide on a logo approach by providing some context. “In my mind, the best creative concepting process is organized chaos, where we mess with each others’ ideas and play around, without treating any one idea too preciously,” added McGill. “Amanda is very good at poking and prodding and breaking our ideas. She loves to pull apart and reassemble moodboards, which always elevates the concepts to amazing places.”

“To keep creativity flowing and work simultaneously across the country (with Jason in New York, Dan in Minnesota, Amanda in Utah, and Shannon and myself in California), we collaborated using Adobe XD,” said Medina. “Works-in-progress were shared with our clients using visual collaboration platform InVision.”

Creative ideas treated for Mission Bit drew from myriad sources, spanning stakeholder interviews and even the Mission neighborhood where the organization began. Extensive testing within the various groups ultimately led to the chosen visual concept.

In Wyman’s words, “Strategically, verbally, and visually, we distilled the strength and vibrancy of an organization that has already empowered so many.”

In the final stage, Deploy, Sans Serif drew upon its expertise crafting visual identity guidelines for numerous high-profile brands. The results clearly articulate the brand system and help guide the Mission Bit team to extend the brand far and wide. 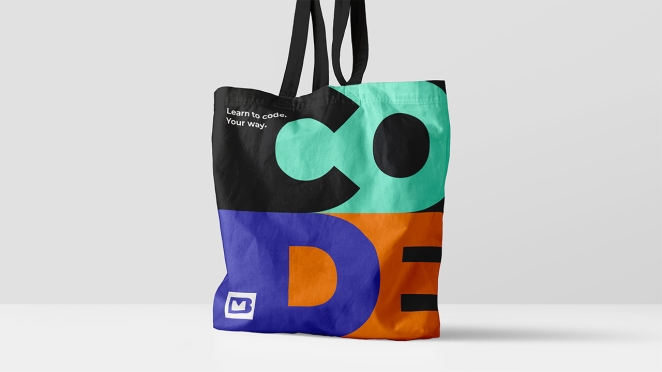 Sans Serif’s Martin, who is also a DEI advocate, also added her thoughts on this project. “It can be intimidating to be the only one in the room who looks like you,” she began. “Mission Bit seeks to change this by offering coding languages and computer science education directly to students wherever they are. It has been a pleasure working with them to update and advance their mission through our commitments to making brand-aligned communication beautiful, intuitive, strategic, and effective.”

The 5 best freelancing tools for creatives in 2023

Being a freelancer often means working alone and working alone means relying on your own wits and the right tools. For a creative freelancer, those tools will, of course, depend on the role you’ve built for yourself. You’ll rarely hear of...